While some may think my Godzilla Litany is truly a public service, or an excuse to fill many posts with a favorite franchise of mine.  There was an ulterior motive.

Since the announcement of the new Godzilla film, I have been trying, and failing, to get my daughter interested in Kaiju films, in order to get her to watch the old ones, and see the new one in the theater.

Now that she's been reading the descriptions, she is joining a long line of McGinley Godzilla fans (Mom saw Ghidrah the Three Headed Monster in the theater), and coming to the movies with her mother and I...

Remember who picked our ice sculpture.

She also set up a Party for the King of Monsters' big anniversary! 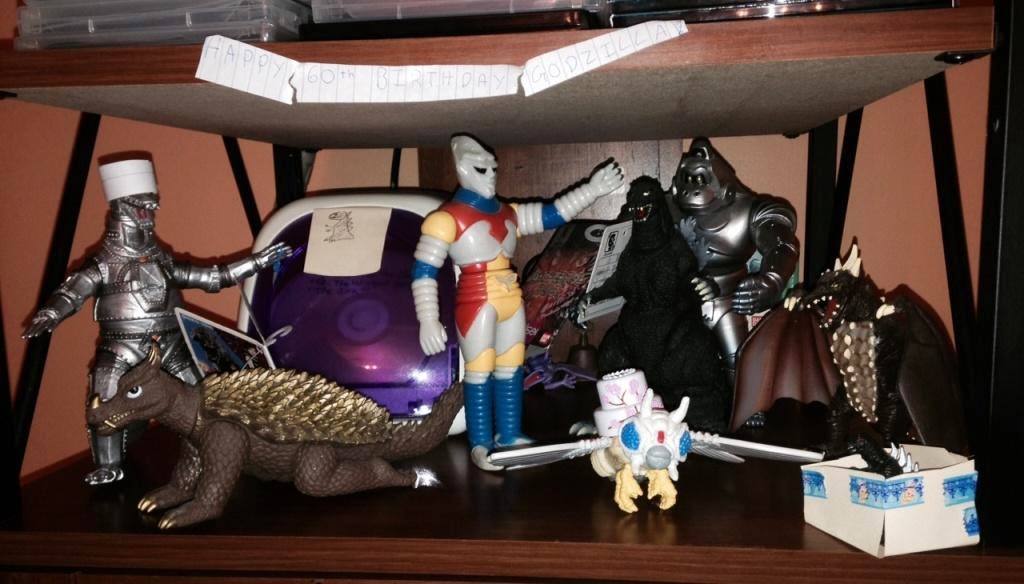 Here's her own play by play of the action:

For Godzilla's 60th Birthday, I planned a surpise party. Here is what each person is doing:

Jet Jaguar- moving his hand away from Godzilla's eyes

Mecha Godzilla- blindfolded, playing "Pin the Tail on the Godzilla"

Little Godzilla- jumping out of a box yelling "SURPRISE!"


We all certainly did.

She struggled through the first two films, as she zones out for Black and White...
But she was very excited about meeting the Shobijin ("They're fairies, what's not to like.")

And has greatly enjoyed some of the later ones she's seen bits of while I exercise.

I'm telling you, it's in the genes!

What a creative girl. I love it. Definitely a McGinley and a treasure.
Love Grandma

Thank you for liking my party. I really appreciate it. I am glad that you like it.
-Anabelle