First, thanx to Funny Steve for the title idea.
To celebrate the 50th Anniversary of Fantastic Four Issue One (and with it, the birth of the Marvel universe) Marvel did…nothing.
DC on the other hand, is beginning an aggressive campaign to get me to read more Marvel comics.
We now stand on the brink of yet another reboot to DC Continuity (at least the parts that the new guys in charge haven’t written themselves).  However, I have reached the point where there is simply no room left in my head for any more fictional universes.  There’s a ridiculous amount in there now, and frankly DC has already used up too large a percentage of them compared to anyone else.
Read more »
Posted by Jeff McGinley at 1:21 PM No comments:

In which there is wild life and western shows.

We started our day with another character breakfast, this time Donald's Breakfastasaurus. She greeted Donald with the enthusiastic hug, kiss and conversation that were the hallmarks of the happy moments. Then, Pluto and Goofy came by together, and things turned bad. She became so upset that when Mickey came by afterward, she kept alternating between happy hugs, and crying and pulling away from him, which I'm sure confused poor Mickey a great deal. Naptime after breakfast allowed us to catch "It’s tough to be a bug". Frankly, parts of that show still scare me, so it was a no brainier to have Anabelle skip it. 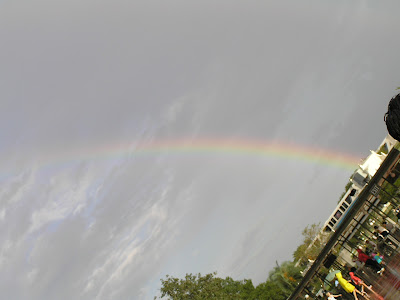 We began the day with the Winnie the Pooh character breakfast at the Crystal Palace. What a great idea.  We were called in to sit just as the Cinderellabration show was beginning in front of the Castle.  This was the theme for the day, as every time we were near the show, it was cancelled due to rain showers, and every time we were away from it, or she was napping, we would hear it announced.  Breakfast started off well, good food, fun waiter, etc.  Piglet came up from behind Anabelle and startled her, but she seemed OK with him.   Then came the Lurking Horror that is Eeyore.  We shooed him away as our child tried to gnaw herself free from her high chair.  She didn't really recover after that, and had similar reactions to Tigger and Pooh.  We quickly ran out before the monstrous donkey got by our table for a second pass.
Read more »
Posted by Jeff McGinley at 2:00 PM No comments: 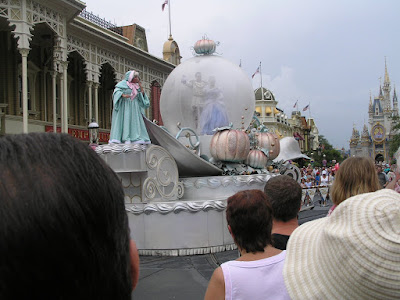 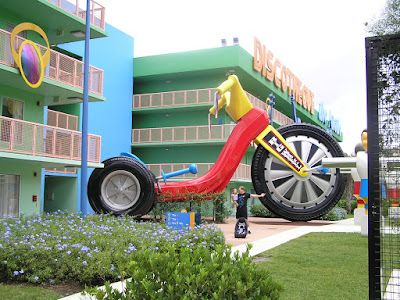 Our first family trip to Disney World was back for our daughters second birthday. We stayed nine days and took far too many pictures to annotate individually. Overall it was a great, if exhausting time. Things went much better when we realized that our daughter was completely terrified of theaters/auditoriums, and audio-animatronics. We also found that even though she has many videos of characters in costume showing how big they are…they look much bigger in person. If we had known this going in, things would have went much smoother. As it was, once we stopped trying to drag Anabelle into attractions that scared the living beejeebers out of her, we all had a much better time.

The past weeks have seen theatrical releases of a film by those who individually directed or starred in A Beautiful Mind, Iron Man, Star Wars and James Bond, which surely will start a new Sci Fi Action franchise, and another film that restarts one of my all time favorite Sci Fi Franchises by mixing two of my all time favorite things, Time Travel and Gorillas.


But since I have a little girl, I saw what may be the first movie in history where the Happy Meal prizes are actually larger and better made than the original toys the film was based on…

Up the Lake: Grandma's Stories


Insanity: The First Generation
Or
A Shot in the Arm

﻿
From as far back in my childhood as I can remember, and many years past that, the same thing would happen whenever we would all be sitting around the cabin, Up the Lake, doing nothing. (A common occurrence on rainy days due to the lack of electricity, running water, and pavement.) Grandma would say, "Why don't we all play a game?" Then as we played, she would tell us a bunch of stories, mostly of the Up the Lake variety. My family and friends knew the place our entire lives, as our Grandparents found it when they were dating. Any of my bizarre adventures up there pale in comparison to some of the tales from the "old days,” when cars were not available to everyone, thus removing the ability to escape the craziness and isolation, even for short periods of time.

The Glory of Rome

I learned, as my Father and many others have, that while it is shaped into a very boring subject in school, reading about the non-curriculum approved portions of history is a fascinating and interesting adventure.


One summer I decided to read through my Chronicles books to review a chunk of the history of western civilization...

Mostly because I still don't know everything yet.

The chronicles books go through history by profiling the times and lives of individuals. The period I surveyed was covered by: the Pharaohs, the Roman Republic, the Roman Emperors, and the Popes.

A nearly quest quelling collapse occurred during the Emperor book

Email ThisBlogThis!Share to TwitterShare to FacebookShare to Pinterest
Labels: books

Top Ten Signs that the Magic is Gone

Some subtle hints that the relationship has passed the saving point.