Return with Me Now to Those Thrilling Rants of Yesteryear

In our last post about one of the most mysterious characters to appear in the early days of the west, we established that the radio series created, developed and refined the fabulous individual known as the Lone Ranger, and the television series perfected it.

(Yes, it’s established…this is an area I intend to stay narrow minded about for the duration of my Silver Bullet worshiping life.) 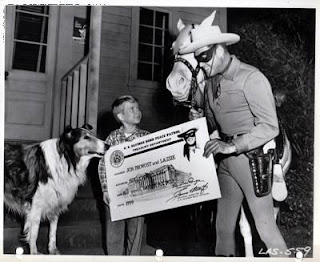 In 1954, the same year the radio show ended, and Clayton Moore made his triumphant return to television, Jack Wrather bought the rights to the Lone Ranger from George W. Trendle.  Jack Wrather’s leadership and show business knowledge improved the quality of the show, allowing increased budgets and input from the actors. (And pairings of the Lone Ranger and the also owned Lassie on tours and eventually in an episode of the latter’s show.)  It lead to the two TV show based theatrical films, and, in fact, the Wrather Corporation purchased print advertisement space featuring photos of Moore and Silverheels stating the property would be treated well.
Read more »
Posted by Jeff McGinley at 2:00 PM No comments:

A Fiery Horse with the Speed of Light, a Cloud of Dust, and a Hearty, "Here We Go Again"

It is said that the definition of sophistication is being able to listen to The William Tell Overture and not think of the Lone Ranger. 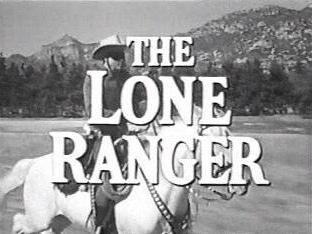 May I never be sophisticated. 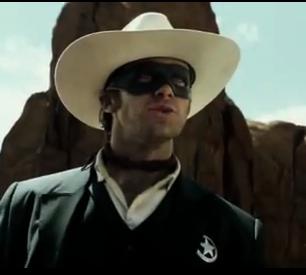 As a public service announcement, I’d like to provide fair warning that there will likely be a very large amount of pissing and moaning about it around these parts.
Yes, I know Misters Bruckheimer, Verbinski, Zimmer and Depp resurrected and revitalized the Pirate movie, producing a string of entertaining blockbusters under the same Disney banner that this film will use.

Yes, I know the latter three of them also collaborated on Rango which showed enough of an intimate knowledge of how westerns work to produce that bizarrely awesome take on them.

However, after being grossly disappointed by every try to bring back That Masked Man in my lifetime, I ain’t holding my breath for this one.  Before viewing yet another attempt to return the iconic character to the big screen, I will silently bow my head and recite this solemn prayer:

I don’t understand why it’s so difficult.
Read more »
Posted by Jeff McGinley at 2:00 PM 4 comments: 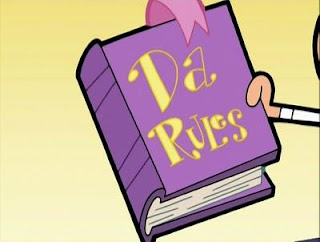 Made up and/or stolen from many sources

The Key to Professional Time Management 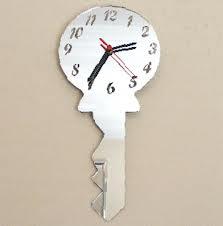 Some more World of Cubicles advice learned from a few months shy of two decades of serving on multiple schedule oriented teams while supplying information to many different departments, and occasionally leading my own projects.

Start every single day compiling and organizing a detailed “To Do” task list spreadsheet.
Read more »
Posted by Jeff McGinley at 2:00 PM 2 comments:

Email ThisBlogThis!Share to TwitterShare to FacebookShare to Pinterest
Labels: engineering

An Engineer Bites the Dust

I’m concerned that my songs celebrating the joys of engineering make it look like I am losing my cynical edge, which is very important for comedy.  Therefore I submit the following “anthem” for Technical Employees with lower levels of loyalty.

It's a parody of Queen’s…
Really, do you need this one spelled out? 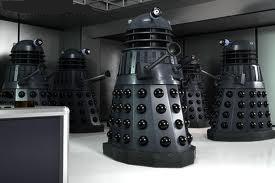 In classic Doctor Who, no enemy was more dangerous, no race was more feared, and no monster sent as many small British children hiding behind the sofa.

They needed to be a major part of the revival.

The Problem:
The new series had a major upgrade in effects technology and budget,

In the days of human legged giant ants, green painted bubble wrap transmutation and silver bondage pajamas with dryer hoses stuck on them, their look wasn’t a problem.

But how did they foster the proper sense of menace in the high definition digital domain of the current show with a Dalek looking like a bumpy pepper grinder with kitchen and bathroom accessories stuck on it?
Read more »
Posted by Jeff McGinley at 2:00 PM 4 comments:

Email ThisBlogThis!Share to TwitterShare to FacebookShare to Pinterest
Labels: Doctor Who, monsters

Mourning For a Friend Never Met 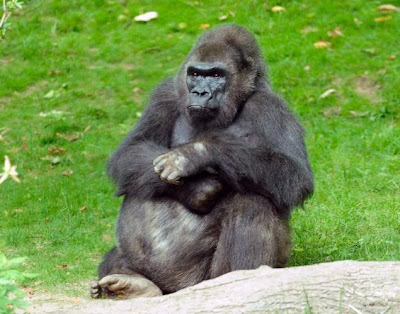 I joke a lot about the frequency of my visits to the Bronx Zoo, claiming to have been practically raised there, and knowing the animals on a first name basis. However, visiting twice in less than a week recently was unusual, even for me.

Because of shifting schedules we ended up going just before Easter with my sister’s family, and right after it to bring two of my daughter’s friends.  When picking one of the girl’s up, the couple watching her said that “The oldest gorilla in the Bronx Zoo just died,” adding “He was a really big guy.”  My heart leapt into my throat because I knew the oldest gorilla was not a “guy.”

Aside: I am continually amazed at how many people assume all the adult Gorillas in the Bronx and other zoos are male.  The mind boggling size and power of a true silverback is not something anyone could mistake easily.

Once I got her safely to the car, I did a quick internet search on my phone and confirmed my fear.  Pattycake had died after a lengthy battle with coronary troubles on Easter Sunday at age forty.  A long run for a gorilla, but as with any passing, all too short.
Read more »
Posted by Jeff McGinley at 2:00 PM 6 comments: 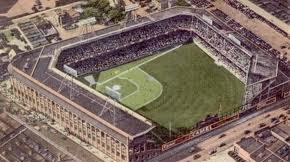 Dad was a disappointed baseball fan for most of his life.

As a kid, playing ball on the streets of Brooklyn, he rooted for the Dodgers.  After years of the Ebbets Field slogan being, “Wait till next year,” they finally won the Pennant in 1955, and made the World Series again in 1956.  Around a year later, Dem Bums left him behind and relocated to California.

As an adult, playing on the D&B softball team, his allegiance had changed to the Mets.  They ended years of embarrassment by winning the World Series, and then traded away anyone of value on the team…TWICE.

Email ThisBlogThis!Share to TwitterShare to FacebookShare to Pinterest
Labels: Unathletics

Rooters- Once again, a seemingly harmless and commonplace piece of technology has brought a new heath hazard to the workplace.  A new and experimental laser-printing cartridge has been prematurely released into offices around the country, which can pose serious health threats to users.
Read more »
Posted by Jeff McGinley at 2:00 PM 5 comments: