More to Meet My Eyes or Robots and Dese Guys 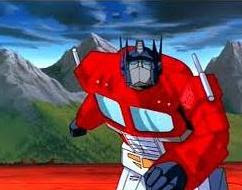 The Transformers’ writers said their original series stands out compared to most of the "toy commercial" type shows (the new garbage they're passing off as Transformers today included, the crusty old fan added) because they were one of the first syndicated cartoons. Writers were thrilled to be free of the Saturday Morning censors, which were the worst ever at that time. This is the period they were cutting the violent scenes out of Looney Tunes, making them impossible to follow. The writing, they stated, is pretty high by TV animation standards. This claim however, doesn’t explain why other series of the time with equally strong nostalgia have aged pretty badly and are close to unwatchable. (I’m looking at you Thundercats and G I Joe…except that episode where they travel to an alternate universe where Cobra is actually competent and has taken over the world, that one still rocks) Transformers, in contrast, holds up well enough that it was the first complete series I got and enjoyed on DVD. I’m banking it has more to do with robots driving/flying dangerously fast and then beating the crap out of each other than happy writers.

I planned to review the new Weird Al album, but in all honesty, why? If you’re a fan of his work, you’ll like it, and if not you won’t. We don’t need to waste each other’s time for me to tell you I liked it.

I will say it’s probably his best album cover. Also, thanx to having a daughter there are a couple parodies on it where I’ve actually heard the original song before Al’s version. That hasn’t happened in a decade or two.

Instead of talking about his album, here’s one of my (unworthy to be mentioned in the same post with him) songs about my job. This one’s a parody of “Smugglers Blues” by Glenn Fry.

Oh yeah, and here’s my dress shoes. As you can see, Al has influenced my footwear as well as my sense of humor. 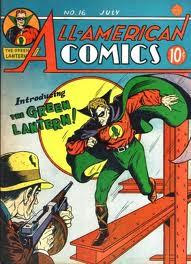 The first comics I read were Golden Age. No, I’m not old enough for that, but my first steps into the world of printed superheroes (straight from watching the Superfriends) were checking out compilations and those way cool 1970’s giant treasury editions from the library. The Justice Society guys had (and still have) a special place, but the Silver Age DC gang were the heroes/myths/legends that belonged to me. They were the ones from the cartoons I knew, represented on the merchandise I owned, and still the current group at the time. From early on, Green Lantern was my favorite: Alan Scott from the Golden Age stories, but mostly Hal Jordan in all his pre Satellite Era, Rat Pack style, honest and fearless, square jawed glory. One of the first comics I ever owned was a Weird Monster War collection featuring a reprint of “The Leap Year Menace” from Green Lantern issue 3.

Sigmund Freud said that a man only becomes a man after his father dies. 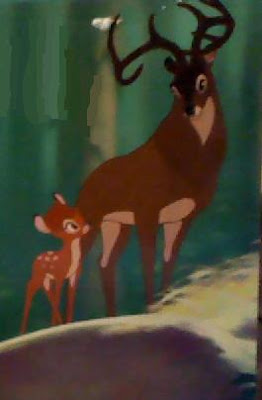 At first, I considered intentionally posting this late to honor Douglas Adams’ love of deadlines (“I like the whooshing sound they make as they fly by.”) But Project Management experience has gotten the better of me and I must follow my established timeline. (I think a little bit of my soul just died when I typed that.) On to the next mind opening suggestion: 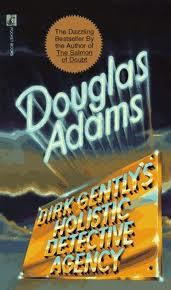 Dirk Gently’s Holistic Detective Agency is chock full of brain expanding ideas and notions. The plot itself is a mix of music, faith, computers, literature, alternate realities, and time travel…basically all of Douglas Adams’ crazy ideas from Doctor Who, without a BBC filter to dilute them. The story is just the beginning though, it’s the concepts and presentation that really earn this book a spot on the list.

Up the Lake: Spookiness

The Dark Side of the Lake
Or
The Smell of Fear
Up the Lake is found at the top of a mountain, in the middle of some serious woods. Therefore, it can be a pretty spooky place. As a child, my mother could always tell when I was on the way home, since she could hear the pounding of my large feet as I ran away from some imaginary thing in the night. (The fact that whatever I was running away from in the dark could actually be in front of me in the dark only occurred when I looked over my shoulder…so I stopped doing that.) Even when I stayed there alone as a young adult, I checked under each of the beds in all four rooms before going to sleep, which was tiring enough to knock me out for the night. No one has ever been attacked up there, with the exception of people occasionally accosted by trees or stones that spring up in their paths while racing at full speed away from an imagined pursuer. (Then again, maybe that’s just me.) The point is not that I am an idiot (although a good argument could be made for that one as well) but rather that being alone, or in a small group, in a dark wooded area can lead the human imagination to create all sorts of stuff that may be watching from the bushes.

Email ThisBlogThis!Share to TwitterShare to FacebookShare to Pinterest
Labels: monsters, Up the Lake

Top Ten Biggest Surprises coming out of DC Comics Decision to Revamp and Restart all of their Titles at Issue #1.

LEAGUE OF AVENGERS (JLA/AVENGERS)
(Please click on images to see full size and bask in the power of MSPaint.)
It had been years since the break up of the All Star Invaders after the end of World War II. Many new heroes began to appear, but there were very few instances of cooperation.  Then one fateful day, there was an invasion of evil alien sorcerers, the Appelokians.  They enraged the Hawlk sending him out of control as a diversion.  As the heroes were dispersed dealing with the invasion, the rampage was reported to all the sidekicks in the Fantastic Tower.  They contacted their mentors simultaneously.  The heroes broke control of the Hawlk, and he helped deal with the remainder of the invasion.  After combining their forces on this day unlike any other day, they vowed to defend justice against any evil that threatened it, and the LEAGUE OF AVENGERS was born.
Read more »
Posted by Jeff McGinley at 2:00 PM 2 comments: