﻿
﻿﻿﻿None of the versions are tied to the others, with the exception of where it was desired to enhance the story (Batman the Animated Series crossed over with Superman the Animated Series and eventually lead into Justice League Unlimited and Batman Beyond. Even then, elements changed show to show to serve the characters and tales.) Sometimes it’s just a reference (Brave and Bold’s winks at the 1966 series are fun for fans who know it, and mostly transparent to those who don’t.)  None of them were iron bound to what happened in other versions, but all of them have added to the Batman Myth.
Just as Kryptonite first appeared on the Superman radio show, Harley Quinn stepped out of the Animated Series (along with the saner Renee Montoya) to have a presence in “real” Batman stories.  A well done item from any quality version can add to the myth. While “serious” Batman fans tend to deride the 1966 series (because they are absolutely no fun at all and refuse to embrace the awesomeness that is Adam West) it can’t be denied that when Frank Gorshin opened up a hugenormous box of crazy to play the Riddler, he turned a character with only a couple minor previous appearances into an integral part of the Batman legend from that day forward.﻿
﻿


I could go on and on complaining and suggesting (and much to the chagrin of my family and friends, this is very likely), but I think this picture sums up the biggest problem with the new reboot. 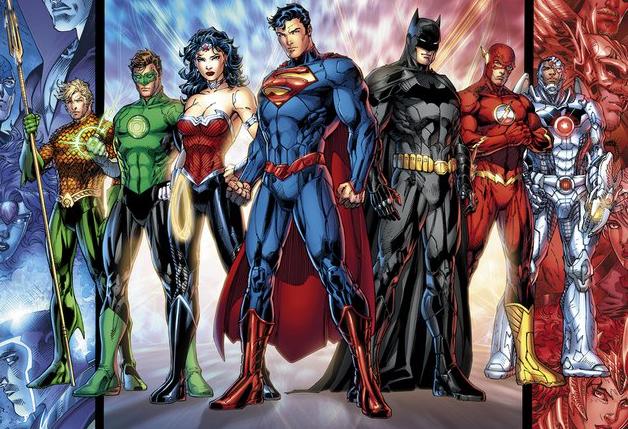 It’s not that the costumes are clunky looking.
It’s not that everyone’s appearance is young, pretty, and fragile.
It’s not even the glaring character omissions and changes.
The big problem here and what will keep me away from this new fictional universe is quite obvious.
I refuse to partake of a universe where Superheroes do not wear underwear on the outside of their pants.
Posted by Jeff McGinley at 1:21 PM