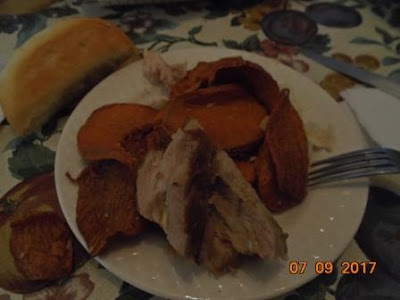 Anabelle finished another book (that’s my girl) while Rosa went to the market this morning. She returned with Chicharrón for us to all have.  Yes, a traditional Peruvian breakfast consists of hunks of pork and blood sausage on rolls.  The “cardiac healthy” diet plan had not broken their shores.

Disney’s Tarzan was on in Spanish, with songs still by Phil Collins, because he’s musically multilingual and awesome.   The jungle lord also sounded manlier in Spanish. So did Phineas and Ferb, which was a bit odder. 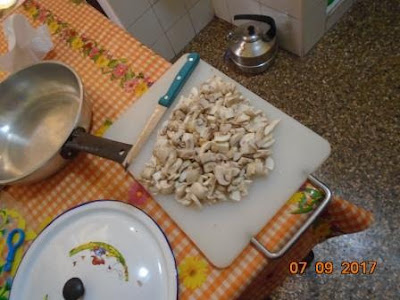 Anabelle was making her special Mushroom Pasta and Spinach for lunch, with a little help from Rosa to navigate the minimal kitchen.  I did the most helpful thing I could, stay out of the way, edit the Disney Story and start finding photos for it.

My daughter was excessively proud she was able to trick her Abuelita into eating mushrooms and liking them. She’ll be an excellent parent one day…

After lunch Anabelle set up a proper British tea and biscuits snack.  Of course we were watching American Ninja Warrior, in Spanish, achieving a grand slam of cultural screw ups.  Rosa missed out on part of the international festivities, going out to buy water and some D’onofrio. You know - staples.

Anabelle’s obsession with Neil Gaiman’s Endless started this summer, well before she read the Sandman comics. The idea of planning a themed dinner party for our return to the states began to grow.

To get out of the house for a bit, we all took another Tottus walk.  On the way we stopped at a bakery to pick up a slice of the world’s largest Pionono, some teeny Empanadas, and a couple pigs in a very little bit of a blanket. 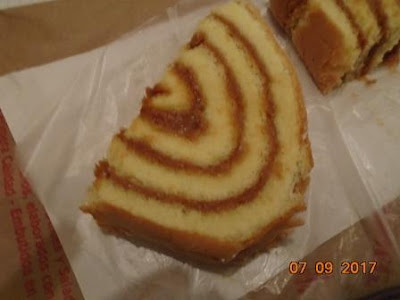 We needed to shop to refill the myriad kinds of breads and rolls we’d all become addicted to down there, and to grab some liquid yogurt, to attempt to offset a large percentage of the plant matter being removed from our diets. 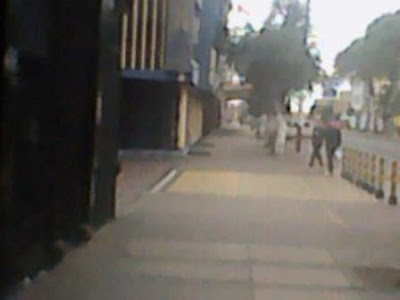 I ended up straggling behind, marveling at some of the unusual combination items in the store.  Anabelle naturally chastised me, “Hey, Mr. ‘I have water please,’ we can’t lose you.”

But the stuff was very distracting:
Clearly fake, bootleg Monster High dolls were sold in genuine packaging.
Soccer player action figures shared pegs, and box types with superheroes.
And Justice League fruitcakes were at the checkout lines as impulse items.

Anabelle and I sort of straggled ahead on the way home, because Rosa needed to keep us in view.  That was always fun since we were the two who didn’t know where we were going, meaning Rosa would have to remote control us by her voice.

At one crosswalk, which Rosa and most Peruvians seemed pathologically averse to walking on, she tried to explain to our daughter that it was like crossing the streets of New York.  That’s not quite right.  Manhattan cabs honk at anyone stopping in front of them, regardless of light color.  Peruvian cabs honked at anyone anywhere near them not using their vehicle’s top speed. 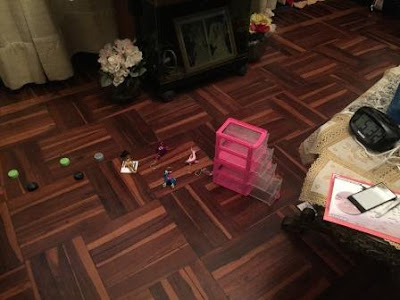 Anabelle had a fun afternoon, setting up obstacles for her Disney figures to play, “Peruvian Doll Ninja Warrior.”  Then she tried on a bunch of Abuelita’s old clothes, in a disco montage.

We had the usual light supper while, once more, to the sounds of a Pollo ala Brasa salesman rapping as he came down the street.

We started watching the live action Beauty and the Beast in the language of the land, meaning everyone in the French village spoke in Spanish instead of in English accents.

Midway through we went to visit with Rosa’s neighbors and surrogate grandparents upstairs so they could see how much Anabelle grew, catch up with my wife, and all make fun of anytime I understood anything.

Back home we had a brief Doña Pepa (chocolate bar with cookie, sprinkles and a hint of Aunt Jemimia racism- them) and Cuzquena (dark Peruvian beer- me) break before returning to the movie.

Afterwards we had some awful attempts at playing Pictionary, and did a first wave family review of the Disney pictures.

We all read a bit once more, before drifting off.