Lord of the Rings Through a Kid's Eyes: Part 1

I’ve already confessed to preferring the Peter Jackson helmed Lord of the Rings films to the books, making me a heathen, but extremely thrilled to receive the Extended Edition Blu-Rays for my birthday last year.

A) My daughter being scared by Gollum when she previously saw parts of the movies because she was much younger.

B) My daughter being resistant to watching ANY franchise that Daddy says she’ll like, even though he’s been right EVERY STINKIN’ TIME. (e.g. – Star Trek, Star Wars, Doctor Who, Harry Potter, Happy Days, Pirates of the Caribbean, Marvel Movies, Men in Black, Ghostbusters, Superman, and who knows how many others.)
Because she wants to drive me crazy.

I was therefore reduced to clutching the shiny golden box for about seven months muttering, “My precious,” until finally convincing her to watch them.

I did turn up the pressure a bit as the release date of The Hobbit approached; knowing if she discovered she liked them after missing the new one in the theater, there would be more crankiness in my home than I care to deal with.

Since they are the extended editions, I expected to watch no more than a half a film at a time, possibly breaking it up over many multiple viewings like a miniseries.

She ended up enjoying them to such a level that we watched each film all the way through over a series of Sunday afternoon/evenings with only enforced intermissions in the middle to do stuff around the house and prepare for work and school the next day.

Wait, you mean I was right again?
Here, let me show you my shocked face. 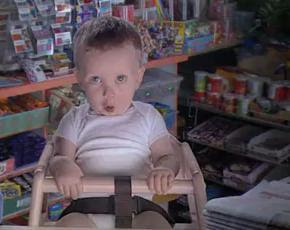 Before starting into the details of the individual films, a blanket recommendation:

If you enjoy these movies, get the extended editions. Watching the series is already close to a ten hour commitment of time.  Tacking a couple more hours onto that is a negligible difference and the added scenes expand the view into the amazing world they’ve created, and flesh out many of the individuals, settings and relationships.  Most importantly, they reveal Gimli won the Orc killing contest with Legolas and also the effect his interactions with Galadriel had on him, establishing him as far more than the semi-useless goofball he appears to be on screen in the standard version.

On to the films themselves:

THE FELLOWSHIP OF THE RING 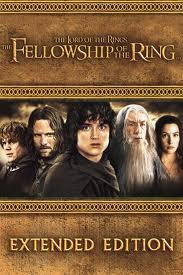 The vastness of the world of Middle Earth was immediately spotlighted as my daughter charged into a stream of near constant questions about everything.

Why are they all fighting?
What’s the Shire?
Why are the Orcs so ugly?
What are the Elves doing?
Why is he wearing that?
Who’s the big scary guy?
Why did he keep the ring?
What’s a Hobbit?
What are Dark Riders?
Why does the sword glow?
What’s he doing?
Who’s that?
Where did that come from?

I ran downstairs to grab my Guide Book to Middle Earth hoping that either of us could look up whatever needed clarification.  This worked outstandingly well.  After asking “Who’s this?” about every character on the cover of the book, she used the heavy tome as something stable to lean on and continued questioning all the way through the film, including deeper and heavier questions requiring pausing the movie to answer, such as:

Why is Boromir weaker, and what does he want the ring for?
And
Why is Aragorn afraid to be king?

My wife was hugely helpful in this effort, alternating between laughing at me, and providing answers like:
Question: “Who’s that on the wagon with Frodo?”
My wife’s answer:  “Dumbledore.”

Indicating they both make a hobby of trying to drive me crazy.

My daughter was intrigued by people speaking and reading Elvish, the black speech and other languages, initially believing there were only a few lines made up for the movie. I explained about Tolkien being a linguistics professor and creating full languages and their histories and dialects for many of the races. This completely blew her away. The whole concept that someone would bother to create an entire fake language was beyond the realm of what she thought would be attempted, never mind completed.   Though she still thought the existence of the Klingon Dictionary was kind of weird but cool.

Arwen quickly became a favorite character because, “She’s pretty.”  Which is, of course, how all fantasy epic characters should be judged.  Galadriel was similarly accepted, although her whole “Dark Queen” spiel shocked and scared the heck out of my child.  I think more than any other scene, Galadriel’s transformation got my daughter to understand the concept that the one ring is unalterably evil and cannot be used for good, no matter what the bearer’s original desire.

She was captivated and bounced around a lot during the battle scenes as well.  Legolas jumping on the troll, followed by his eye stab and multiple arrow shot to the brain established him as being cool in her eyes.

She was not fooled at all by Frodo’s “death” either during that same battle in the mines or earlier on Weathertop, for the simple reason that she already saw his picture on the other Blu-Ray boxes.  (And also remembered seeing him on Mount Doom when she passed through the room the last time I watched the regular version.)  Spoilers can hide in many places.

Aragorn was another favorite and got several, “He’s really good,” comments during the battles. When he beheaded Lurtz to avenge Boromir, there was a brief silence next to me.
Followed by an amazed:
“That…  WAS AWESOME!”

The deaths of Gandalf and Boromir served an important purpose for her appreciating the suspense in the other two movies.  Their loss seemed to open her mind to the acceptance that even the main characters could be killed, and she expressed genuine concern in later battle scenes.

I found it very interesting to see the differences in our emotional reactions to the film.

While I found Merry and Pippin entertaining and fun, they were her favorite parts of the movie.  She reacted with extensive smiles and laughter whenever they were on screen, and showed real concern at their kidnapping.

On the other hand, while I found Sam’s, “I’m coming with you!” a highly charged and emotional moment, she reacted a bit differently.

Namely, she shook her head and asked, “Doesn’t he know what ‘alone’ means?”

As the film was wrapping up, and the fact that the “cool guys” were chasing the Orcs that stole her favorite Hobbits calmed her down. She asked if the ring was going to be destroyed before the film ended, and I replied:

“This is part one of three. What do you think?”
Her answer was one,
“Oh Yeah.”
Of many to come.
Then added, “Now I know why Mami said, ‘You mean I sat here for three hours, my butt is numb, and they still didn’t destroy the stupid ring,’ when you saw it in the theater.”

Click here for Part Two:  Where I express fatherly concern about her unhealthy fascination with Orlando Bloom and Viggo Mortenson.
Posted by Jeff McGinley at 2:00 PM

Loved exposing my boys to these movies! I had read them the books, starting when Conor was three (Much too early in my wife's opinion) and they were surprised when the characters on the film didn't speak in the same accents I had given them. Gimli was close but I had all the elves speaking as Frenchmen, Merry was Irish, Pippin from Yorkshire, Frodo and Bilbo as English, Aragorn sounded like Sean Connery and all the men from Minis Tirith spoke with German accents. The riders of Rohan spoke like Swedes and all the orcs were cockneys.

On the first run-through I had to fast-forward through all the violent scenes until my wife was out of the room, then we went through them again.

They are still our favorite movies and we've done many marathons. The second movie is our favorite.

Did you go through the 'Making of..' disks yet. Fascinating!

Thanx for coming along for the ride. Excellent parenting there, voices when reading are tough but worth it. (I remember reading something about Tolkein's intended accents, did you read that too, or make up your own?)

I watched the making of stuff on my old cheapy normal edition DVDs and read some books, looking forward to the extended extras. That Weta gang are excellent World Builders.