Passing another quantum level of aging, I feel the need to come clean about something.

I have not been totally honest about the reasons for entering my chosen profession.
In fact I have lied about it frequently. 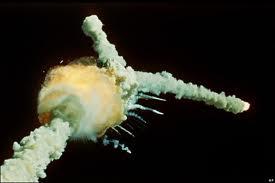 When I went for my college interviews, I spun a story designed to impress, highlighting how the January 28 1986 Challenger Shuttle disaster shook me emotionally, and steered my interests in the direction of Aeronautical Engineering.

While the tragedy did shake me, this was a bald faced lie.
Though it isn’t the one I feel guilty about.

Everyone made up similar fertilizer filled tales for college interviews. Admissions were looking for how well you could construct a logical argument for yourself, not an accurate depiction.
Heck -  I, along with many others, took classes in order to hone our pitch’s form and content.  They taught many important things, like the difference between eye contact and the maniacal stare of a lunatic.
(Thanx, Cousin Helen!)

The bald faced lie I’m referring to came afterwards, when I told everyone who knew me at the time the real item that caught my interest and steered me into engineering was Doug Richardson’s book, An Illustrated Survey of the West’s Modern Fighters. 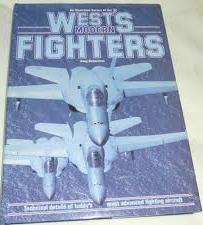 I obtained it on a trip to the Smithsonian Air and Space Museum in my youth, and it still sits on a shelf in my cubicle (next to medical references) today.  I claimed that, in college, I almost immediately learned I liked the guns mounted on them better than the fighter planes, causing a declaration of Mechanical Engineering instead of Aeronautical.

Now that another birthday has recently passed, I feel the need to admit entirely different books  were what really spurred my interest in a technical field. 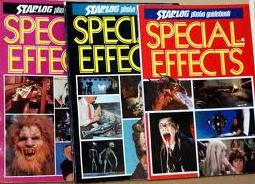 1) My cousin Steven’s Special Effects: Starlog Photo Guidebooks, related publications, and basically any effects “making of” material I could get my hands on. 2) The Q-Manual for the James Bond Role Playing Game, and associated scenes in the Bond films and novels.

They inspired me to pursue design and technology.

The Aeronautical angle came from the following three issues when taken to the library by my parents to research a branch:
1) Not liking electronics,
2) Seeing mechanical described as only engine work,
3) Sadly, probably more than I’d like to admit: Aeronautical came first alphabetically.

How did I end up working for a medical device company?

A) The evidence of the release and follow ups of Terminator 2 and Jurassic Park while I was in college looked to be the death of mechanical effects in film. (Incorrectly, apparently. Dammit.)

B) Upon my graduation, the C.I.A. was only looking for Electrical Engineers and Computer Scientists for their technical support.  (See Skyfall for details.)

C) After two summers as an R&D intern in the small caliber group of Picatinny Arsenal, my climb toward Quartermaster was knocked out from under me by massive, nationwide defense cuts.

The end result is, by working on design and testing of cardiac assist devices I know, unquestionably, my inputs and analysis have led directly to products that have been used to save people’s lives.

Therefore, the real question with that kind of supposedly fulfilling career is:
Why choose to sacrifice sleep, lunch hours and general bits of sanity to make sure I get something theoretically funny posted twice a week?

The answer is largely embedded in the admission of dishonesty above, which shows my reasons for joining a technical field originated with the entertainment industry.

Yes, I do know that there are specific individuals that have had their life’s quality improved (or even extended) by devices I’ve worked on in my almost twenty years at this company, and that does feel pretty good.

I also know, due to one of Thomas Edison’s largest impacting - despite being infrequently mentioned – inventions: the corporate owned R&D Department, if I didn’t do what I did, someone else would have done it.

It may have been done some other way:  worse, better, or just differently, but it would have been done.  Even if the way I did it ends up being particularly clever or inventive, the nature of technology dictates that in a finite, and likely short, period of time, someone else will come up with a  better way, making my contribution obsolete.

Medical technology can heal a body, but a well-spun tale (or well-composed musical selection, or well-acted part, or well-sculpted statue, or well-arted painting type thingy…etc.) can reach the soul.  They can forge strong personal and emotional connections between the one who generates them and those who experience them.  Compared to technological output, creative output also can affect, and even inspire, a broader range of individuals, and be much longer lasting.

The great works of art, literature and music will continue to bring out people’s feelings and influence their ideas long after we’re all gone.

This is not limited to classically defined high art, however.
Here is an example from one of the “lower” art forms:

Pick any ten doctors who started their practice in 1966. (This will probably work with a number far higher than ten.)

Now list how many people they inspired to follow their footsteps into the medical field during their career.

Now compare that to the legions of fans who told Deforest Kelley that enjoying his portrayal of Leonard McCoy inspired them to become doctors. 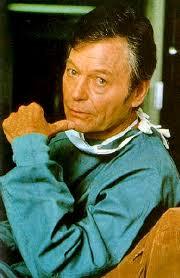 Nichelle Nichols can claim at least an equal influence on women astronauts. 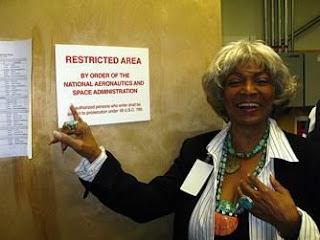 This occurs even on mundane, everyday levels.
Hearing the right song blaring out of the radio on the ride home can diffuse the mood of a rough and stressful day in a mere three minutes.
(Honestly, if everyone drove to Fats Domino, there’d be no road rage.  I think it’s impossible to sustain a bad mood while he’s banging on the keys.)

Am I indicating that I think this blog has high artistic merit?
Am I expecting to generate a far reaching and long lasting influence on the collective unconscious?
Am I reaching for the immortality that true works of art have bestowed on their creators?

Seriously, have you read any other posts here?

Of course I’m not claiming that this collection of trivial rants, forced rhymes and bad jokes should be considered among any of the world’s enduring works of art, or even as a noticeable mark on the  pop culture landscape.

What I am saying is that by putting this effort in I know:
Any time of the day or night
Anywhere in the world with an Internet connection,
Any random person could be having a crappy day.

And maybe...
Just maybe...
That person will read something I wrote,
Get a good laugh out of it,
And have their crappy day turn a little bit brighter.
That is definitely worth the choice to sacrifice sleep, lunch hours and general bits of sanity.

That, and the outside chance of it leading to fame and fortune, but why spoil a sweet and altruistic ending?

Damn those Soviets for dissolving their evil empire while we were finishing college!!

Give yourself some credit: if you didn't do it, someone else would do it.. worse.

"Massive" as in just enough that the three places I totally killed on my interviews for ended up not hiring anyone.