Look Before you LARP 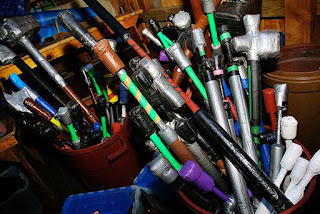 The first party added to the mathematical education of the day, by highlighting issues with non-normal distributions and statistical outliers.

The adventurers heading our way were an average of fifth level, and we were given appropriate skills, damage and a couple special attacks to match them.   Armed and packed with a few Stuns and Slays we met the group…and determined almost immediately there would be no need to lead them to anyone else.

What we found out post-massacre was almost every single one of the unsuspecting kids were first level, many on their initial adventure as a player character.  The average was artificially inflated by one long time, plumed hat, interesting facial hair, fancy costume, Shakespearian spouting player whose character level was in the thirties, supposedly showing them around.

The unsuspecting kids’ trouble started as soon as we revealed our true intents. Because their “guide” had so much experience, he was all too familiar with the disconnect between character stats and reality.

Therefore, like many long time plumed hat, interesting facial hair, fancy costume, Shakespearean spouting players, he worked the game’s rules to insure he wouldn’t have to physically illustrate the disconnect by preventing anyone from engaging him in combat.

With a bean bag held majestically over his head protecting him from any and all damage, he rapidly exited the field of battle in a direction perpendicular to any other planned encounter on the tour.

Thus abandoned to our overinflated damage levels, the unsuspecting kids’ did a large amount of running and screaming in their simulated blood bath.

All but one, that is.  While the predominantly male contingent shrieked like little girls, the lone female in the gang became a whirling dervish of lethally accurate beanbags.  She weaved between us; causing nearly our whole band to have at least one foot “magical pin”ned in place while most of her companions were “dead” on the leaf covered ground.

Yes, until we figured out what happened with the level calculation fiasco, we were applying the “Killing blow one, killing blow two, killing blow three” to the poor saps once they were out of hit points.  If that happened without interruption (highly likely do to the aforementioned running and screaming instead of helping their comrades) there was to be no recovery or resurrection. It was time to toss the character sheet and start over.

I continued my then prolonged epic streak of guaranteeing myself to remain dateless by noticing that while she was much faster than I was, she also was considerably shorter.  She hit me with an “I create a magical pin” beanbag, sticking one of my legs in place, but the length of it plus its similarly large mammal sized twin meant I could lunge and stretch the end of my sword juuuuuuust far enough to reach her and say, “Slay.”  Despite the fact that I did not follow through with the killing blow cha-cha, I remained dateless.

We considered chasing the long time, plumed hat, interesting facial hair, fancy costume, Shakespearean spouting player, but decided to call the encounter over when we saw he could make us lose limbs by waving beanbags in our general direction.  How fun for him. 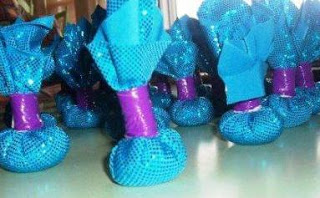 Shortly following the dramatic reveal of our enemyness, we all faced off with our revealed foes, muscles tensed, weapons at the ready and forces poised for battle.

The main long time, plumed hat, interesting facial hair, fancy costume, Shakespearean spouting player of each group faced off with each other and began hurling threats and insults…

And continued hurling threats and insults.

We continued facing off, with muscles relaxed, and weapons starting to wobble a bit.

We lowered our weapons, and sort of looked in the general direction of each other.

We took to leaning on our weapons, or nearby trees, and struck up friendly conversations with our foes.

I realized that not only was my back to the spouting, but the back of the long time, plumed hat, interesting facial hair, fancy costume, Shakespearian spouting player supposedly leading we bad guys was facing directly toward me and the theoretical enemy I was having an entertaining conversation with as he rested on a large oak.

I looked at my partner in bored dialog, glanced over my shoulder and made a grand gesture, of stepping out of the way, bowing, and waving both hands toward the two frustrated actors who had supposedly led us to this position.

My new pal mouthed, “Really?” and grew a wicked grin when I nodded my head.  He took up his sword with renewed vigor and charged howling at the back of my long time, plumed hat, interesting facial hair, fancy costume, Shakespearian spouting leader.

OK, so I was a traitor to my specific team, but as a ginormous scale, chaos filled battle erupted on that tiny plateau, shattering the boredom quite completely, I bet I was a hero to many.

Unfortunately my unfamiliarity with the rules doomed me. Thanks to juggler like reflexes and a couple well placed “Stuns” I was more than holding my own dueling against three opponents.  That is, until a wizard with excellent cross country sneakers zipped behind me while nailing me in the spine with a “shatter” beanbag.  I hadn’t learned that one yet, and was so disoriented yelling to him to find out what happened, I forgot one of the guys on our side hit me with a “Negate” protection spell before the whole mess started.  By the time I figured out the spinning “Slay” I didn’t need to stop mid-stream would have ended the sprinting sorcerer; I had already dropped my bastard sword, yelled its name, and took off in search of a replacement. There weren’t any, leaving me to say I was out of hit points long before I really was to curb the enthusiasm of those who gained a giant pile of courage on seeing an unarmed opponent.

The Third Encounter brought my carpeted mercenary cronies and I back down to the level we started at, but the party was an accurate match for us this time, instead of a horde of fodder and one high powered, bean bag wielding, plume festooned chicken.

The clash played out as a combination of the first two.  We tried to befriend them and lead them up to the main camp.  En route, they figured out we were really bad guys, likely because they had participated in a role playing game at least once before in their lives.  Luckily, before any long time, plumed hat, interesting facial hair, fancy costume, Shakespearian spouting players could start Shakespearing at anyone else, armed combat broke out on the hill between our starting point and the main camp.

I was battling a goblin and doing quite well, thank you.

He was a goblin because he had on green makeup under his hockey mask, which is apparently what all fashion conscious goblins were wearing that year.

I was doing well because, in addition to my juggler like reflexes, Mr. Goblin Man decided to bring a short handled mace to a bastard sword fight. (Hee Hee.)

In fact, I was doing so well that I had backed him clean away from the rest of the fighting.  I could hear large amount of carnage a distance behind me, but there was no danger of anyone coming to his rescue.

His continual retreat led him to the top of a large rock that was even with the section of the hill I was denying him ownership of.  The back edge of the rock he was rapidly approaching being precariously balanced on was a five foot drop down to the contour line we began our little encounter at.

Basically, he was one doomed goblin.

Before I could finish him, allowing me to rejoin and aid the rest of our player slaying band someone yelled, “Hold!”

This is the method for hitting the pause button in the game.

As God as my witness…

As I was facing absolutely zero challenge pummeling the hockey mask clad goblin, and he looked about ready to pitch backwards (even during Hold) off the rock I was pummeling him on.  I gallantly suggested we continue our fracas down at the base of said rock in the interest of fair play and safety before he could tumble off of it.

He agreed, cordially thanked me, and we retook our positions a few feet lower.

What I DID NOT notice, was that as we shifted our location slightly towards the center of the earth, the green faced weenie surreptitiously pulled something out of his fanny pack. (Also what all fashion conscious goblins were wearing that year.)

I’d like to point out that not only was this unsporting, but I learned later it was against the rules of the Hold.

When “Time In” was called, instead of raising his short handled mace, he tossed his surreptitious beanbag at me yelling, “I create a magical pin.”

At first he decided to take advantage of the guy that was very recently sporting and concerned about his safety by attacking me in my limited mobility state.  Once more, my long limbs, his required placement for using a short handled mace, my temper, and my bastard sword (Hee Hee) were highly advantageous.

I took a mighty and mighty aggravated swing with my plastic, foam and duct tape forged blade and accidentally…

That’s my story and I’m sticking to it….

And accidentally swung too high, smashing the cheating, unsportsmanlike goblin square in the side of the head. He whined a bit about my response to his illegal move being illegal and therefore causing no “in game” damage.  He then decided to leave me pinned there instead of reengaging while I was stationary, and ran off. He also decided to readjust his hockey mask which was doing a stellar impression of Daffy Duck’s bill after meeting Elmer Fudd’s shotgun.

By the time one of our wizards worked far enough away from the action to get back to me with a beanbag of unstuckyness, the battle was complete.

And so was my live action role playing career.

Yeah, they were, weren't they? Thanx for reading.