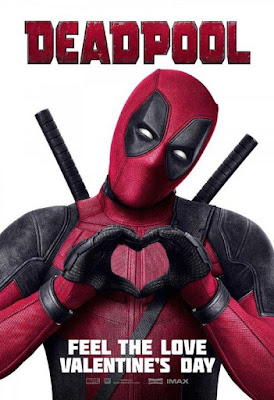 I do believe this is the first time something like this has happened.

There have been multiple times where the perfect actor was cast in a comic book role, unfortunately in a film that completely wasted that opportunity.

(Danny Devito's Penguin springs to mind.  The supporting cast of Ang Lee's Hulk, and after watching him as the Atom, I'll put Brandon Routh's Superman pretty close to this as well, Henry Cavill may be this, but I don't have high hopes for Batman Vs. Superman.)

However, none of them got the chance to do it again.

But after the mess that his appearance was in the colon heavy X-men: Origins: Wolverine Ryan Reynolds gets to return as the Merc With a Mouth...and actually keep his mouth this time.

I know, and continued to be embarrassed by the fact, that people still wait for my opinion before seeing this type of movie...

That's why I feel incredibly guilty about accidentally going to see
Star Wars: The Force Awakens again when I got to the theater. 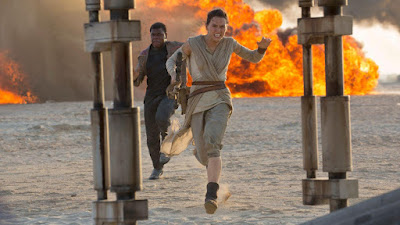 The draw was too great for a first generation Star Wars geek like me. There will continue to be a danger of this any time I want to see something in the theater while Star Wars is still playing.

As should be painfully obvious now, my obsession has passed way beyond an addition.

I'm sure you can all go and see Deadpool.

It looks hysterical, action packed and people I trust have said good things about it.

I'll be buying it the week it comes out on Blu-Ray.  (Edit, I did, Click here) Thanks to release deals, increases in ticket prices and coupons, it's actually cheaper to own a film than go see it in the theater these days.

Until then, May the Force be with you...always.

Your opinion! Who fit the role better? Jack Nicholson as the Joker or Danny DeVito as the Penguin?

C'mon! you're killing me!

Chris, you'll be fine, go see it already. Just because I have an unhealthy Star Wars addiction others don't have to suffer. I had no choice, I've seen the original once a year since it came out. There is much catching up to do.


DeVito would have been a perfect fit if he played the Penguin, but he didn't. He played some weird Burtonesque sideshow attraction guy. Interesting concept, but nowhere near Oswald Cobblepot.

Nicholson basically played himself (per usual) in whiteface. However, the Joker has many varieties, and he went over the top enough that it worked as the role. Ledger was better, and neither holds a candle to Mark Hamill. (And Gorshin's Riddler was an awesome Joker as well.)