A Carnivore’s Guide to Cardiology: The Disney Diet Plan

The problem: How to maintain heart healthy choices on a Disney World vacation.
The solution:
Short Answer – Salmon and a Stitchload of walking.
Longer answer – Keep reading.
When packing for this trip I noticed the number on the scale when I weighed myself with a full suitcase was one I had seen before with just me.  Having the amount of “less me” there was graphically illustrated by a large leather bag, while fairly creepy, also inspired me to ensure I didn’t start repacking myself on this trip, so to speak.
Exercise was not really a concern.  Walking is near constant on our Disney trips.  We get to the parks when they open (or before for breakfast reservations and Extra Magic Hours) and leave when they close. If a park closes early we go from it to a different park, show elsewhere, dinner at another hotel, or stay active at our hotel. The only exercise problem I have on a Disney vacation is getting back into a normal routine after returning when my ability to even stand is questionable.
Eating healthy…now that one’s a challenge. 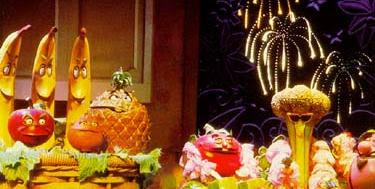 Email ThisBlogThis!Share to TwitterShare to FacebookShare to Pinterest
Labels: A Carnivore’s Guide to Cardiology, Disney, WDW!