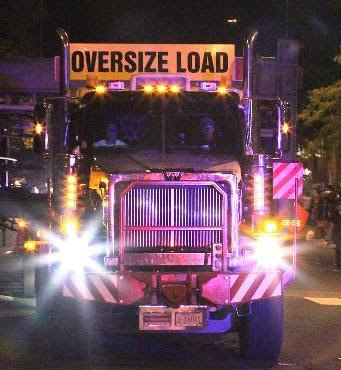 I immediately realized three things:
1) There was no road connecting to the northbound side.
2) I was facing the wrong way on a one way route for trucks using the rest stop.
3) Now that it finally had me alone in the car, the GPS was making a concentrated effort to kill me.
I initiated a rapid, somewhat panicked U-turn spotlighted by the oncoming truck, accelerated for the exit of the rest stop and shot toward the nearby earlier seen off ramp hoping to avoid being flattened and possibly reverse my highway course.
The GPS started up again as if nothing had happened, coldly and calmly telling me to turn right for the exit off the highway.
But I swear, as I was slowly guiding the car through the tight bend of the narrow, uninhabited and unlit road passing under I-95 I heard it say …
”My name is Talky Tina, and you better be nice to me.” 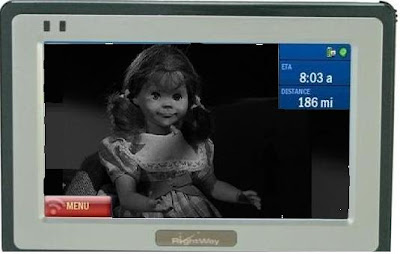 Email ThisBlogThis!Share to TwitterShare to FacebookShare to Pinterest
Labels: travelogue

Like I have a choice, she got insulted when I picked Mapquest over her and sent me into the center of Jersey City last month.

I'm impressed at your dedication to blogging. Most people wouldn't have the where-with-all to whip out a camera and take a picture of the truck ;)

Especially since the story happened months before I started blogging...I'm psychically conscientious!