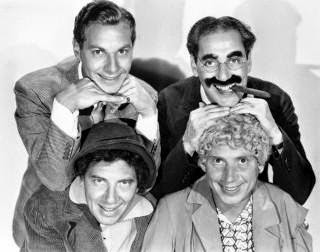 We stumbled upon the best order to watch the films by happy happenstance.

Because I have issues, viewing the movies in chronological order was never a question.

However, I didn’t have the Paramount films on DVD, forcing us to start with the later ones. Expecting my daughter to deal with both monochrome AND VHS was simply not going to happen. 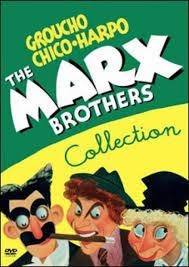 The MGM pictures start out with some of the Brother’s highest reviewed work, A Night at the Opera and the very similar Day at the Races.

Producer and film genius Irving Thalberg’s insistence that the Marx’s anarchy be reined into a coherent plot, as assistants to the young romantic couple, made these films perfect entry points.  I had already explained how, back then, a movie was the main way the production company would use to promote songs. Therefore, musical numbers would pop up for no reason at all.  I think the fact that the tunes were integral to the story in Night at the Opera greatly eased her transition into that mindset. 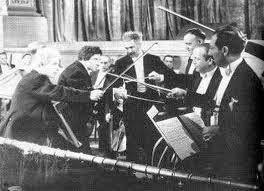 It would be harder to pick a better start than Opera. This one is a close second for my favorite, and probably holds up the best overall as a movie.   The production values are at the highest point the Brothers achieve, and the routines were all honed to brilliance during a limited stage tour first (another great contribution from Thalberg).

Even when not as relevant as in A Night at the Opera she ended up enthralled by the musical diversions, and was very upset in some of the later installments when Chico’s piano antics and Harpo’s solo were left out.  In fact, even though Glen Mitchell, author of The Marx Brothers Encyclopedia stopped his commentary during the Day at the Races water carnival scene, saying it was boring and he’d come back when it was over, my daughter (the dance student) was entranced by the whole thing, especially the ballet.  She then went right back to laughing at Groucho’s, “Change your partners!” gags. 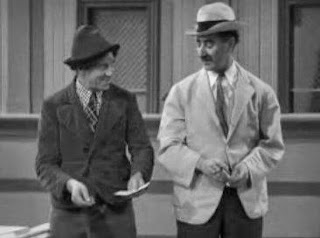 I am also very proud to say, “I’m getting a fine tootsy frootsying here,” is a phrase now regularly heard in my home, and she and I will engage in multiple exchanges of “Thank YO!”

The boys’ musical numbers, along with much of what makes a Marx Brother’s film unique was lacking from Room Service. It was painfully obvious that they were performing in a story that came from a play not originally intended for them.  Their humor and characters were an ill fit for the situations around them, and my daughter didn’t find much enjoyment in that outing from RKO.

I explained to her that the remainder of the MGM pictures were more like the ones she’d enjoyed.  At the Circus and Go West are weaker imitations of the Thalberg successes, but retain the same formula, and had enough strong comedy sequences and musical numbers in them to keep her attention, and laughter.  She was also happy to see Margaret Dumont’s return in Circus, and even more so due to the larger role in her final appearance with the Marxes in The Big Store. 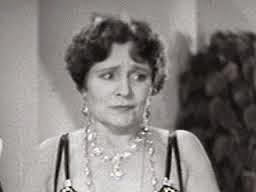 She had independently come to the same conclusion I had years ago.  Margaret Dumont makes the Marx Brothers films better and funnier, once again proving the value of a great “straight man” . . . even when she is a woman.

I was very surprised by how good The Big Store was, as somehow I’d managed to never see it.  It’s definitely the best of the brothers’ later films. The extended stuntman and camera trick slapstick of the ending chase is a little out of place, but the trademark word play and pantomime are in full force. The music is also top notch, although my daughter did find Virginia O’Brien’s “Miss Glacier” version of “Rock a Bye Baby” extremely creepy. 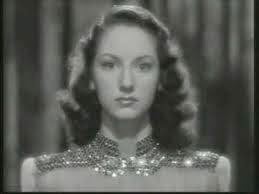 A Night in Casablanca had some good bits, but was very obviously an attempt to recreate some old magic to pay off Chico’s gambling debts.  As Groucho himself had nothing good to say about Love Happy (with the exception of Marilyn Monroe’s walk) I didn’t bother tracking it down when we discovered it wasn’t included in the set.

Click Here for part 2: The earlier films.
Posted by Jeff McGinley at 2:00 PM

The Marx brothers were great. When Dan Marino was in his prime he had two wide receivers. Mark (Super) Duper and Mark Clayton. They were known as the "Marks Brothers." Their superiority in the passing/receiving game lasted about 10 years. During that time Duper and Clayton were known for showing up at parties dressed as Groucho and any one of the other brothers. They had a great sense of humor about the whole thing. My all time favorite was Abbott and Costello followed by a close second three stooges. Greatest line by a stooge was when Curly was applying for a job and was asked if he had a college education. He answered a bumbling "yes." Then responded to the interviewer "do you have a college degree?" The interviewer responded why yes of course I do. Curly asked him "and where did you go to college." To which the interviewer responded "William & Mary." Curly got all flustered and said "two of em huh? Wise Guy! I guess you had to be there. My kids loved the Abbott and Costello scary/comedy movies ie; meet Frankenstein, meet the mummy, meet the wolfman. I have them all if need me make copies and mail them to you just say the word. In the mean time you are a wonderful father and Annabelle is lucky and blessed to have you. Ciao!

Many thanx Mike. Their influence is far and wide.

Thanx more for the parenting compliment, coming from as great a dad as you that means a lot.

She was very little when we went through my Abbot & Costello collection...time to dust 'em off again.