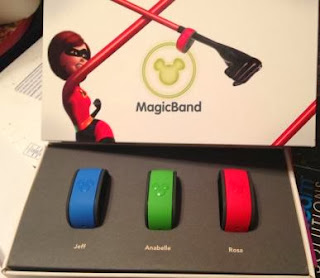 August 20, 2013: T-13
Thor to appear in Disneyland Innoventions, just like the Stark Expo did last year. Seriously, Disney, you’re killing me here.  Work harder on getting Marvel out of Universal in Florida.

The Magic Bands come, but we have more Pass Plus troubles.  After losing the link for a while, having the login not work, and confusing which deals apply how long before the trip we think we missed the window for pre-ordering PhotoPass Plus. We plot out the second day of FastPass Plus, which once again works things around non-existent, and non-constant, meal times.  Tragedy appears to strike as we start on the third day and see “Ariel’s Grotto” listed as closed for refurbishment the whole time we’re there.  This corresponds with nothing listed anywhere else. We barely notice Space Mountain is closed for much of our visit while trying to console our daughter, who missed her favorite princess in Mermaid form last trip as well.  Rosa makes the second call to Happy Disney People caused by FastPass Plus and learns the Grotto isn’t on any refurbishing list, what we’re seeing is likely an error.

August 21, 2013: T-12
Using groveling skills I have keenly developed in over ten years of marriage, a couple of calls and phone trees yield us the Photopass Plus package at the discounted rate added to our trip.

I also get an urgent e-mail telling me to make sure to enter my address to let our Magic Bands get here in time…the day after they showed up.  Yeah, I can really see why this system needs testing.

August 22, 2013: T-11
A trip to the Duchess County Fair tests out two new Disney systems.  The first is the small portable charger for the smartphone.  The second is Rosa’s plan of shoving a protein bar into my face at the first signs of walking induced tired crankiness.  Both work well.  We are ready for the EPCOT Death Marches.

Mom will be Up the Lake when we go, and decides to spring for the car to the airport since she can't take us.  Then she decided to kick in a bit more using a number with mystic significance to my Dad and a Bambi check.  Mom earns much gratitude  (Thanx mom!!) and guarantees herself live photos from her favorites in the parks both for the generosity, and including Dad.

The Limited Time Magic looks like it will limit itself from us seeing it.  End of summer parties run in the Magic Kingdom up until the day we arrive (and go to MGM).  On the other side, the next week features a Friday the 13th villainfest in MGM…the day after we leave.

August 24, 2013: T-9
At a cousin’s Eightieth birthday party, I ask her grandson with Wall Street experience for some tips.  Not stock tips, though.  He got his degree in Miami and is a frequent visitor to both Disney World and Universal. Being far younger than most of my sources, he provides some high tech, and updated recommendations.

August 25, 2013: T-8
We gather around the computer to lock down some more FastPass Plus options.

This is after we all marvel at the “8” on the Disney Site Countdown. Woo!
And the Grotto opens for FastPassing the first couple days, DOUBLE WOO!
And picking it gives a bonus fourth FastPass Plus for the Ariel Ride, TRIPLE WOO!

Rosa and Anabelle find this far too stressful, between phantom meal schedules and slow loading time. It’s no picnic for me either, but as the keeper of the Grid, I press on.

It does get easier with time – the key is locking down three attractions, then rescheduling them as the availability is more flexible afterwards. This is something a Happy Disney Person told us a while ago.

As preplanning and long delay returns are completely opposite to how we normally use FastPass, it goes quickly through three phases.
Phase 1) Scheduling must see attractions first thing in the morning.
Phase 2) Scheduling shows we see all the time that we’d like to have really good seats for.
Phase 3) Scheduling stuff we probably will have seen already by that point late in the day to allow changing them to something else on the spur of the moment on the day in question.

We’ll most likely cross compare with regular FastPass while there, as we didn’t want to waste many (except for our entrance Tower of Terror, to let her see the spooky cool inside) on thrill rides Rosa refuses to be thrilled by.

August 26, 2013: T-7
We can see weather. Hopefully the NJ isolated thunderstorms will isolate the heck away from Newark Airport at our flight time. Orlando will be hot, sticky, occasionally thunderstormy…and still the Best Place on Earth.

Disney Parks Blog highlights merchandise in the EPCOT UK pavilion, including Doctor Who and Monty Python stuff!  Did they really need to make the call stronger?

August 27, 2013: T-6
Ariel’s Grotto is still greyed out the last day we’re in the Magic Kingdom, preventing me from booking the last pre-bookable FastPass Plus selections.  I continue the “incomplete Grid twitch” as we wait to see if it opens up.

August 28, 2013: T-5
Question:  How have we let society reach a point where the overloading stress and work that must pile up before taking a substantial vacation is at such a level that I keep forgetting we have less than a week to go?

August 29, 2013: T-4
Clothes double checked in suitcase (many shirts changed last minute for REALLY OLD shirts, because that’s how I roll in Disney.  Infinite thanx due to Rosa for stitching my Lone Ranger shirt back to wearability.)  All lists gone over and Universal tickets purchased.  Finally, in a move three years after initially thinking of it – my ringtones are all changed to Disney Park ride music.  In a bizarre and inexplicable turn of events, Anabelle assigns Uncle Dave, “it’s a small world.”

Bonus of traveling on a holiday. The Weather Chanel and several other websites have countdown clocks for our vacation.

August 30, 2013: T-3
Woo-hoo!  Celebrate the Magic goes Villains while we’re there.  Finally, an outside force that makes Cinderella’s castle actually look cooler than it normally is.
(We’re all still trying to forget the whole pink birthday cake fiasco.)

Meanwhile, Disney World sends an e-mail encouraging us to check in on-line…which we did two weeks ago.  We’re really going to need conventional backups to the Magic Bands if this is any indication of how their interconnected system works.

Anabelle lays out all of my belt buckles to pick one for the trip. The criteria are Disney appropriateness, and the ability to hug me without getting stabbed.
The best choice for the first, a skull in a cowboy hat purchased in the eighties in Frontierland fails the second category. Likewise the scorpion under plastic that wins the second criteria fails the first.  She chooses second place in both categories, the Pirate skull buckle.
Arrrrrrrr, I be a pleased Papa, me hearties.

September 1, 2013:  T-1
Neighbor’s fireworks display, which briefly interrupts Rosa painting Mickey designs on her and Anabelle’s fingernails (because she’s awesome), serves as a surprising -if extremely pale by comparison- prelude.

“Jeff McGinley, you’ve been working for the same medical device company for twenty years, what are you going to do now?” 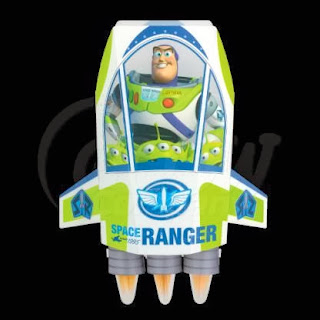 Oh my goodness now I want to go to Disney too! I can't believe that Disney has incorporated both Dr. who and Friday the 13th, how did we not ever pick up on that (not for me, but for the person I have converted to a Disney fan . . .)

Thanx for reading the pre trip. I'd say it takes very little incentive to get anyone in our family to want to go to Disney again. Both of those are pretty new. I saw clips form the 13th party online. It looked really packed but awesome, villains I'd never seen in the park before (Shan Yu, Ratigan Oogie Boogie). Happy planning!