No Rest for the Wicked (Long Trip) 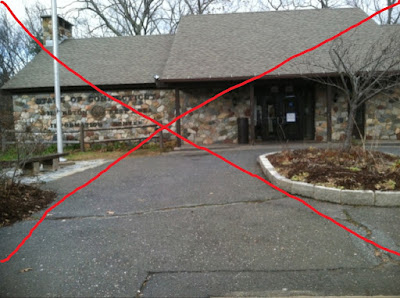 As engineering responsibilities and my title increased, yet old requirements lingered on, I tried to clarify two things up the chain of command.

A) One of the main reasons I’ve stayed at my company over twenty-five years is an almost negligible amount of travel away from my family was required, which is also a main requirement to extend this time past a quarter century.

B)  I felt I was spending an excessive amount of time working on and explaining a specific one of our review systems, and hoped to get others more well versed in its use, allowing me to focus on other avenues.

The response to this was, naturally, to assign me to the corporate wide team to come up with overall guidance on that review system, requiring a trip for all of us to have a several day face to face meeting at our New Hampshire campus.

This location is a “borderline distance” excursion. The flight itself would have been quicker than a drive, but the total time of travelling to and from airports and loitering around in them meant drive time was likely equivalent.

Factor in the reduction in aggravation and the lack of having to relinquish control of my travel destiny to others, and driving was the only option.

Therefore, after an extended length day of question answering preparations and meetings, I drove five hours in the dark and rain along a route I’d be retracing in under two days.

Loaded up with a case of Diet Dew, a pile of Powerbars, and a snack bag filled with unsalted fat free pretzels, nuts and  a few Jelly Beans, I had a recipe to keep me physically awake.

Playlists featuring Stand Up Comedy, Rock and Roll Classics, Godzilla Soundtracks, Essential Mighty Catchy Stuff and (need I say it?) Disney Tunes, did the same for me mentally.

I’ve often suspected Connecticut was a bit off, and this drive proved it.  The proof was not from the fact that I had to drive through the same construction work in Hartford that slowed me down on the way to a job interview in my last year of college back in the Stone Age.

I am used to New York and New Jersey style rest stops. They are giant, well lit, happy places, with enormous gas stations and rest rooms, maintained and open twenty four hours a day.  They also have multiple eateries, at least one of which is open all hours.

I learned Massachusetts has the same type when our old GPS tried to kill me. I happily stopped in a desperately needed one on this trip to add a grilled chicken sandwich to my physical awakeness, and some Happy Meal Endgame Bobble Heads to a collection that clearly needs an intervention.


The reason the need to stop was desperate is connected to the attitude toward rest stops in the state I had to cross to get to the Massachusetts one.

Connecticut, ironically calling them Welcome Centers, only has the tiny little shack versions with small restrooms, vending machines and an information booth.  While these types of stops are between the big ones in other states I frequent, it was the hours of operation that convinced me that Connecticut clearly refuses to groove on the same high energy system required to function in the rest of the Northeast Coast.

In other words, rest stops and grammar schools are operational on the same schedule.

Thanks to that last Massachusetts boost, I comfortably made it to my hotel in the middle of the night.

I then stood at the desk for an extended period while the clerk stared at his screen. Eventually he admitted he knew the hotel had only one open room, but he didn’t remember where it was.

I’d kind of hope there would be some automatic way to look that up in the computer. Then again, I have no experience in Hotel Management, so I may be wrong.

I caught up on the day I missed and the meeting ended up being a highly productive and educational chance to work with an extremely intelligent and enthusiastic crowd.

After three extended and busy days, with a giant drive after the first one, there may have been a bit of a mental effect as I undertook the nighttime trip back home across a couple of states.  Having Siri start off the trip with Blue Oyster Cult’s “We Gotta Get Outta This Place” was a nice, if unnecessary, touch.

I staged my pit stops on either end of the oddly rest scheduling little rectangle on the Atlantic Coast. Eventually, I found myself on Route 684 in New York during a later phase of yet another long and exhausting late night drive in under half a week.

I also found myself smack in the middle of yet another in a never ending chain of lanes closed by night construction along the northeast corridor.

At first it looked like the left lane was open, but it wasn’t and I hopped back into the slow flow of traffic, wedged securely between two double tractor trailers.  I couldn’t see much, but did enjoy the Fed Ex rig in front of me blocking anyone who tried to squeeze into that rapidly shrinking left lane to get ahead an inconsequential couple of vehicles.

This was a brief moment of joy eliminated as we pulled next to a large gravel hauler on the other side of the orange cones and stopped stone cold dead, pinning me between three massive vehicles.

For the past multiple miles, Siri had been providing a calming atmosphere with a mix of rantless,  thoughtful stand up (Steinberg, Klein), mellow Beatles, Harry Belafonte, Zeppelin, Elvis and Elton John numbers, and upbeat yet soothing instrumentals.  Even the steady beat of "Hell's Bells" cultivated a relaxed yet alert atmosphere.

Since my wife and daughter contribute to what counts as “Essential Might Catchy Stuff” the far less calming atmosphere generating Mama Mia soundtracks happened to be on my phone.

At that point, without a moment’s thought as to who might see me, I threw my hands into the air…

For, no longer did I care.

I probably owe the truck drivers an apology for forcing them to see me busting out my questionable moves, such as they were, while we were immobile on that section of highway.

Then again, I believe I made up for it with the epic steering wheel bongo solo accompanying the opening theme/ chant from King Kong Vs. Godzilla when we finally started moving.

There is also the distinct possibility that on the section of highway that crossed over the New Jersey border, someone was singing, (and imitating the voices of both Timon and Pumba for) “Hakuna Matata” at the top of his lungs with the windows rolled down, but honestly, I was so tired that I wasn’t really paying attention.

I would kill for video of this. At least punch a few mouths loose for it, anyway.

I'm not sure what the exchange rate is for physical violence vs crappy dance moves, but thanx for sharing!