A Halloween Mystery- Why Don't People Like to Have Fun at the Movies? 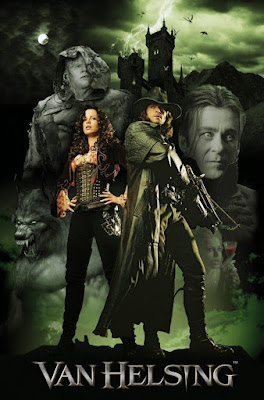 This is yet another entry in the “Jeff Has No Idea Why Movies Succeed or Fail” musings.
As it’s my daughter’s favorite monster film, along with Sleepy Hollow, we watched Van Helsing this season.
I still do not understand why this film was a box office flop that critics and viewers alike (except my family, apparently) dumps all over.  It frequently makes "worst ever" lists.
Frankly, I don't get it at all.
I saw it in the theater three times, bringing different family members and we all had a blast.
The scenery is absolutely gorgeous, and the score drives through the whole film and netted Alan Silvestri a Saturn Award. 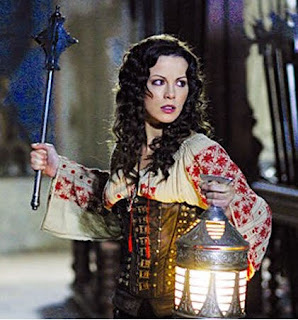 Granted, the entire Valerian family demonstrates repeatedly that they have been historically awful at both planning and execution of monster hunting, but that’s why Van Helsing has to come in.  Beckindale's Anna does better than generations of her ancestors in the span of the film, and carries much of the action. 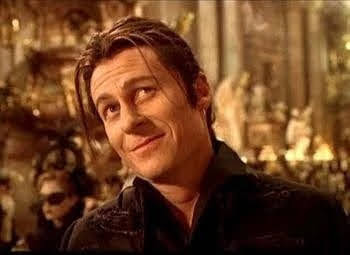 Roxborough’s Dracula is completely in command, in a terrifying yet over the top way, that fits in with being the prince of the undead. 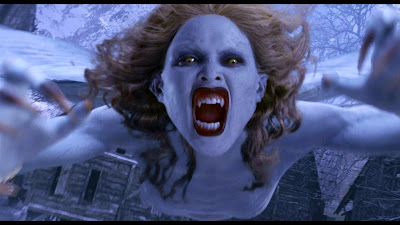 His brides are given a much more actively scary role compared to what are usually much more passive, and lower key creepy additions. 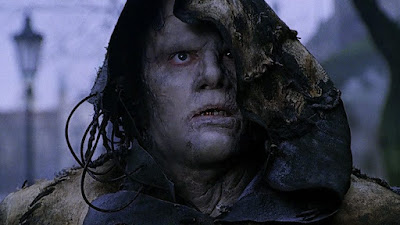 Hensley’s creation of Frankenstein is a cool looking twist on the classic design, and embodies the pathos of the creature. It was good enough to get him cast in Young Frankenstein on Broadway, so it isn't just me this time. 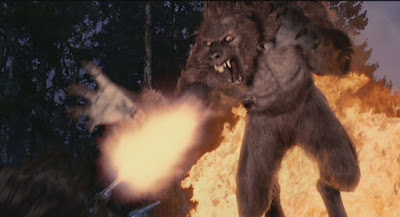 In addition, having two separate versions of the classic tragic werewolf story keeps the plot going in interesting directions.
This movie is also the best organic combination of the three classic monsters I've seen (and I've seen many), making logical connections as to why they’re all in the same film, beyond, “they’re monsters.” 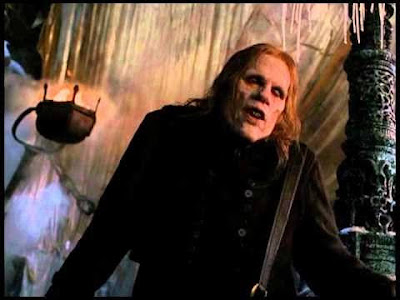 Kevin J. O’Connor and David Wenham as Igor ("It's what I do.") and the Q like Friar Carl ("I know what its for!) steal every scene they are in with darkly humored laughs. 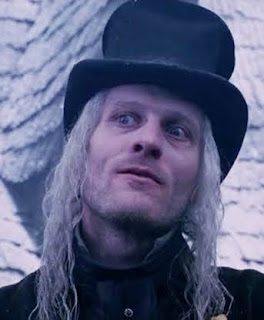 Finally, Hugh Jackman as the tragic and conflicted Gabriel Van Helsing brings the leading man with a dark, mysterious past chops he's famous for as Wolverine in to carry the film forward, as the thrills and scares run nonstop through the story.
Sure the flick is a little CGI heavy, but the effects still hold up reasonably well, and fit with the high speed, continuous action.
The saddest part is how much groundwork they laid for Gabriel’s past and origins. The Mr. Hyde cold open showed the character could work with varied settings and references,  What would we have learned about the “Left Hand of God” in future excitement and horror filled sequels?Once again, the story will never go further, thanks to the rest of the world having a much weaker commitment to going to the movies to have a good time than my family does.
Alas.
I could do a similar post on another turn of the twentieth century film that is reviled outside my family.  My daughter says League of Extraordinary Gentlemen fits this season due to the inclusion of Rodney, Mina, Dorian and Edward. 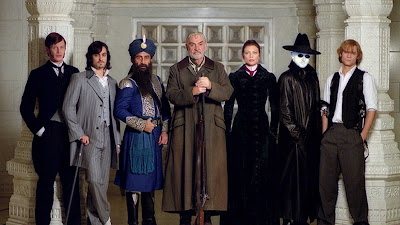 However, Anabelle also says she likes that movie enough for everyone else in the world, so we're covered.
Posted by Jeff McGinley at 2:00 PM

Van Helsing is AWESOMELY AWESOME in every possible way, except one, and this has been my only complaint about this film since it's debut in the theater... it took entirely to long to get Hugh Jackman's shirt off. However I absolutely love both of these films.

Thanx for sharing, and being one of the people I brought to this. Sad news for you though. Hugh's butt almost appeared at the end when he transformed, but test audiences were so distracted by it they didn't notice Anna died. Therefore, he has digital shorts on.