It Isn’t Really Sweet or Scientific, Is It?

One of the down sides of having an occasionally photographic memory and a hyperactive imagination is pretty much every major mistake I’ve made leading to lost opportunities not only constantly replays in my head, but also generates all sorts of “What if”s showing where the opportunity could have led.

For a pleasant change, it is not connected to a personal screw up or chickening out, but boxing figures in one of the most dramatic “What If”s in my life. 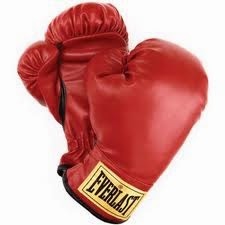 In CCD back when I was in grammar school, I saw signs posted everywhere for kids’ boxing lessons starting up. The idea appealed to me, partially because it was a sport no one else would have any experience in. I convinced my Mom to drive me back during the week (or possibly later based on what happened) and discovered all the signs gone. There were never announcements anywhere else for the remainder of my youth.

The town PAL wrestling sign ups were shortly thereafter. They didn’t appeal to me at all, because:

A) The coach (knowing my lack of athletic ability from gym class) talked up how I’d have to compete with older wrestlers because of my size.
B) The cross over between wrestlers, and kids who enjoyed trying to beat me up in those gym classes was pretty large.
C) Wrestling practice was opposite Mork and Mindy, which served as a great internal excuse for not having to deal with A and B.

Therefore, I didn’t sign up that night, but kept my eyes peeled for any future boxing possibilities. None ever surfaced, and the door to an entire alternate universe where I underwent excessive physical conditioning and aggressiveness training as a youth was permanently closed. It is likely that kind of instruction at that age would have substantially rewritten my personality and future life path.

I coulda also been prematurely senile, with injuriously acquired deformities and constant and near crippling pain.

(Sometimes that ability to imagine the whole “What if” thing works in my favor.)


There was never another sign up listed and I never became a boxer. The closest shot was just after college when I was regularly both running and weightlifting and a friend said he’d take me to a bar in Hoboken that had boxing. (More amazing than the exercising, I was also willing to visit bars in Hoboken at that point as well.) This friend, however, was the type who’d get off the subway alone at a random stop when a group of us were returning to New Jersey from a show in the city; end up in a club until public transportation shut down, and work out alternate transportation/shelter on the fly. Needless to say, we never got our schedules to link up (assuming he had anything that could remotely be considered a “schedule”) and, discounting some heavily unsanctioned bouts Up the Lake, I remained unboxed.


However, I have always remained somewhat of a fan.

The “somewhat” comes from two aspects: 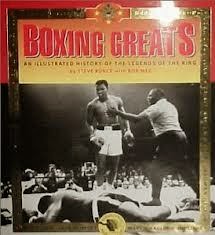 1) I have a large number of varied interests, and frequently forget many of them until an external influence reminds me. The latest prod came from reading my Dad’s History of Boxing book.

2) Like the few sports I show ANY interest in, I am far more into the history than the current goings on. This could be due to typical old guy beliefs that the sport was better back in the day. While this is likely very true for boxing, for me in general it has more to do with my insanely short attention span finding more worthwhile material reviewing the entire history of the sport, in the time it would take to focus on the present participants.


The large influence boxing has on our culture is remarkable.

Phrases and concepts from the sport have crept into the language at all different levels and locations in society:

Despite their pugilistic origins, the metaphoric meanings can be easily understood from the playground to the board room.

Then there is the sport’s presence in visual story telling. 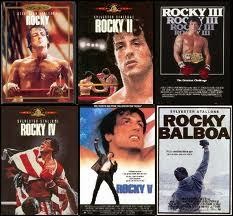 It would be hard to overestimate the influence of the Rocky movies. Personally, I can never make it through one without having to pause it and go work out. The fact that the images, themes and music from those films have permeated the country’s pop culture to a vast extent is impressive. The fact that the city of Philadelphia maintains a prominently located statue and a grave for people who don’t actually exist is mind boggling.

If Stallone’s saga were the only boxing films out there, this would still be worth noting. However, it goes beyond that. Critical praise and accolades have been piled on many other boxing films, which have also found their way into the popular culture. From recent award winners like Cinderella Man, The Fighter and Million Dollar Baby, to older classics like Raging Bull, Somebody Up There Likes Me, and Requiem for a Heavyweight, the boxing movie is a staple in our hearts and minds. I know several tough guys who only admit to one film ever making them cry: The Champ.

Boxing’s influence on television has been there from the very beginning. While this is because two guys in a well-lit ring are exceptionally easy to film, the influence has continued strongly beyond that. A “Boxing episode” has become standard for both dramatic series:
The match serves as a meeting place, or an investigation is needed about a fight gone wrong,

and comedies:
Even the likes of Ralph Malph, Steve Urkel, Herman Munster and Arnold Horshack have been in the ring.


One could argue that a sport having this much influence on American pop culture is nothing noteworthy. There is one major difference where boxing is concerned, which fills me with astonishment that it continues to exist in modern society.

As time passes, almost all major professional sports have constant and varied changes to equipment and rules, sometimes annually, to protect the athletes from any injury. This is most prevalent when specifically addressing concussions and brain damage.

The main goal of a boxing match continues to be rendering the opponent unconscious, or at least unable to stand under their own power. There are more “realistic” combat sports now, but none have reached the prestige, or purses of boxing. I think this is because the formality, ceremony and ritualized rules aren’t only artifacts of the sport, they are central to it.

For all intents and purposes, boxing mirrors Gladiatorial combat in the Coliseum of Ancient Rome, and is popular for the same reasons. 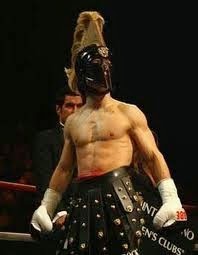 Competitors, often from lower economic levels of society and with troubled pasts, trade the actual violence in their environment for a more ritualized and rule governed form. Major battles are held in prestigious locations in important cities with a large amount of fanfare, attended by those in actual or cultural power. Frequently, the long term goal of the combatants is to earn enough through victories to be able to free themselves from the further need to compete, and live off their fame alone.


Really, what are the biggest safety features that have been introduced?

Gloves came in with the Marquess of Queensberry rules in 1867. They’ve been adapted and upgraded over time, but the main thing a boxing glove protects is the fist of the one wielding it. Technically, it allows more and harder punches to the opponents head and face without the risk of breaking the hand doing the punching. 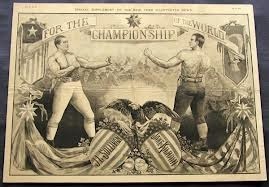 Rounds came in at the same time, and somewhere around the early Twentieth Century the point system and limited duration were added. Apparently after 1889’s John L. Sullivan knock out of Jake Kilrain in the 75th round someone noticed a bit of moderation was called for.

In 1983, the maximum length was shortened from fifteen rounds to twelve. This was obviously because it was the last nine minutes of having somebody beat their brains in that caused permanent damage, not the first thirty six minutes.

I’m not sure if I have a point, other than: way down deep in our psyches, there’s something admirable, and worthy of a high amount of pomp and ceremony, for those willing to undergo grueling training and practice to pit their own skills against another in formalized, ritualized, but still dangerous combat.


It is those rituals, added to the skills and personalities of the opponents that make certain fights I shared viewing with family as memorable as similar sharing of favorite movies.
Posted by Jeff McGinley at 2:00 PM

I thoroughly enjoyed this one!! How fascinating that there were NEVER any boxing signs, ever again! What are the odds?? Also, I adore the Rocky movies. I think it was a very NY thing, even though the setting was Philly.

Many thanx. My guess is it was either a one time clinic (our town was much more "Pleasant Valley Sunday" than South Philly) or a hallucination.

The Rocky Saga is really amazing as a series. Part four generates such emotional reactions, and the whole film is two fights and a training montage. It's everything that came before that makes those scenes so powerful.

Maybe it's because Stalone, Talia Shire, and Burt Young are all obvious New Yorkers...some things you cant hide.

Orry would have loved this post...Oh how he was a fan..It's in your blood:)

Many thanx. Yeah, the Frissora boxing genes are pretty strong, and I got it from the other side too. Part two (the "shared viewing" link above) talks about that more.

Thanks for the reminder of The Champ, amazing movie. Actually, I don't think I've ever watched a boxing film I didn't like.

No problem, thanx for posting. I think boxing is really the ultimate way to show one human single handedly physically defeating the odds and an opponent, without making the human look like a violent psychotic.