I originally intended to keep going after the original cast movies, to review their guest appearances and the hand off to the reboot films.

I also intended this whole Short Treks excursion to be well under a dozen posts and nowhere near sixty-seven-thousand words and taking an close to an entire year on the blog.   Boy, if I had half a brain I would have started later and used it for the 50th Anniversary year, which is only three months away now.

However, we’ve pretty well established I’ve got issues when it comes to letting my fandom run away with my writing plans, or planning in general.

I am stopping here, however.  The Star Trek films were more “MY” Star Trek than any of the others. As much as I love the original series, and consider them to be the best of Trek, the movies were new when I was in my developing teen years, and they were the ones I got most excited about as they premiered.

The follow up cameos (even though some came before 1991 in a timey whimey way) either served to make fun of differences in new versions, or reassure us old fans that the new stuff was going to be all right.

Those notions are fine, but the ending of Star Trek VI was far too poetic to undermine it by continuing.

Kirk’s final command before acknowledging the new version of the “Space, the Final Frontier,” speech was a Peter Pan quote that sent the Enterprise on her last flight into the sunset(ish).

It was a sendoff, and a sign off - the signatures were a great touch-  that commended the characters into the hands of mythology, which is where they truly belong.

I hope you all enjoyed the trip.

If you still haven't gotten enough Star Trek in your system after months of posts, well you're more like me than you probably want to be. I've started reading some novels and comics to avoid cold turkey.

You're also in luck as I'm not only a geek, I'm a carrier.

Some of the folks over at the Star Trek message board started posting their own reviews after I linked to mine.

Iron Man 007 and Dragon Red (possibly not be their real names) are going over the ones they like,
while Paste Pot Pete (sincerely hopefully not his real name) looks to be doing a short review with fresh eyes of every episode in the manner I originally intended to before I got carried away with conspiracy theories and generally geeking out.

If you'd like to read them, Click Here, and look for those names
because that's all I've got.

It wouldn’t be a Short Trek without me trying to pull some crazy pattern out of bits of information strewn across multiple unconnected episodes and movies. 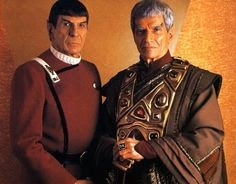 Vulcan’s live far longer than humans.  It’s why Sarek could appear in The Next Generation and why Spock could still be fully functional in that series. It’s also why T’pau could appear in Enterprise. 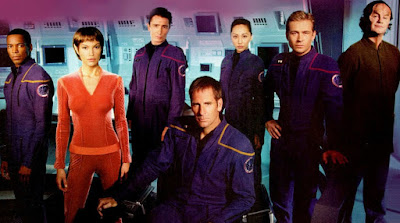 I recently learned Enterprise holds the “honor” of the only Trek, other than the original that I enjoyed…more on that some other time.  In fact, possibly much more, as I was also recently told, by the guy who I consider the Ultimate Authority on Star Trek that Voyager was "real Star Trek." I may have my treadmill viewing set for many months to come.  (Later edit- as this link shows, I was wrong about Voyager but did become a HUGE fan of Deep Space Nine)

He was also the driving force behind those hours of Star Fleet Battles referenced in other posts.  Many an afternoon was lost in the specially prepared war-gaming section of his basement following hours of strategy and tactics.

And many more dice were lost following being hurled into the boiler room after Yahtzee rolls that caused entire spreads of photon torpedoes to miss, or failing the safety check for the high energy turn that blew out my ship's engines and sent it spinning into an asteroid field...again. 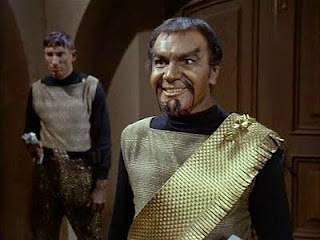 Back to the theory:

I had some non-cannon Trek books as a kid listing Spock’s age being well above the rest of the crew.

But there’s a problem with that.

Amanda, Spock’s mother, is human.  Jane Wyatt was in her mid-fifties, and looked younger, when she appeared in “Journey to Babel.” Humans may live longer in the Trek future, but that wasn’t brought up during the series, and given that the characters aged with their actors, that theory doesn’t hold water anyway.

Therefore, Spock must be close in age to the rest of the bridge crew.

However, he served with Captain Pike for enough years to develop a bond of trust and loyalty before Jim was assigned to Enterprise.

For a long lived Vulcan, he must have turned his back on the Vulcan Science Academy and joined Starfleet, effectively running away from home, at an EXCESSIVELY early age for his race.

No wonder Sarek got so upset at what must have been viewed as a highly uncontrolled decision by a son far too young to know better.

OK, sorry about that. 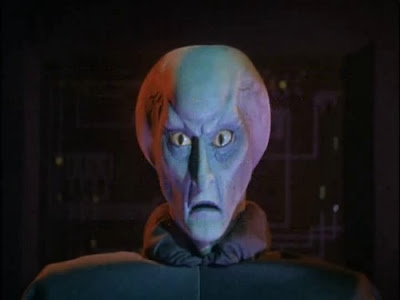 Don't get your hopes up for Voyager. Although there are 5-10 episodes where the enemies really made the show pop, the protagonists will all activate your "set phasers on empathy" tick. I did like Vulcan-as-something-other-than-scientist/diplomat contrivance.

Yeah, the bits I saw looked "Next Generationy" to me...but I needed an excuse to talk about Star Fleet Battles one more time.

thanx for the info.