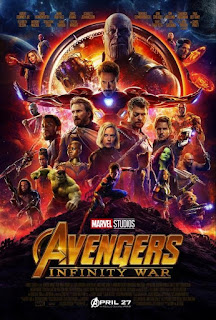 They should have just called it:

Thank you very much, good night!

Sorry, it’s hard to say anything without spoilers.
I will keep them out of the rest of the post though.

During the two and a half hours that flew by in a flurry of action, humor and strong character moments I found myself thinking:

"To all of you normal people who do not read comic books, welcome to our world!"

After ten years (Exactly ten years as of yesterday, another accidental anniversary post by me!) and eighteen movies, Marvel gave us a showcase of the incredible shared universe they’ve built up.  It’s nowhere near as massive as the comic book one, which has a several decade head start, but it can do many of the same things.

I bet they’re all very glad they didn’t chicken out and give up any time a movie wasn’t the total smash they’d hoped for.  (Are you listening DC???)

With a dozen and a half stories already told, the heroes have had deep and detailed character development.  Not only the ones who had their own films, but the side characters as well.  For example, Falcon hasn't been in the lime light, but after seeing him in four movies, we know who he is, what his motivations are, and how he interacts with others. This allowed for the villain to get his own character arc and complexity.  Additionally, it meant quick individual and shared moments could carry a great amount of weight, based on what had gone before.

Characters everyone expected to light up the screen together (Tony and Doctor Strange) didn’t disappoint. Combinations that never even entered my mind (Thor and Rocket???) brought just as much entertainment and emotion. There was excellent use of cross franchise running gags to heighten all of that and reward loyal fans with extra fun.

Going back to the difference between DC and Marvel, DC has Icons, meaning while it is cool when they are together, being archetypes there’s a limit to how many work in a group.  Marvel has characters, and is much better suited to having armies of them show up. (Drawn by first half of the original Infinity Gauntlet artist George Perez if possible.) 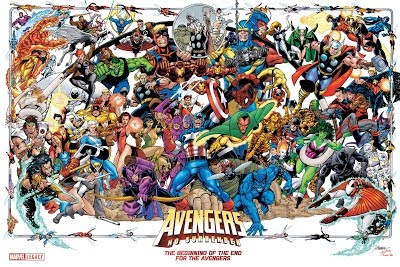 This may also be the reason my Marvel action figure shelves outnumber, and are far denser than my DC shelves.

Or maybe DC marketing over focuses only on their core, while Marvel markets everyone,

(On Marvel Shelf two of five.)
Please help me.

Either way, the “fun in excessive gangs” element of Marvel shows in this film too.

Viewers have become accustomed to this universe over time, allowing the abilities and feats to be truly unleashed at the top end.  The astonishing levels of power and skill that accompany Mythological Deities, Unparalleled Technology and Supreme Sorcery were all on display.  The difference between merely being “well trained” and “the peak of human possibility in all areas” was equally illustrated.

Just like the comics, manipulation of time, space, and reality occurred on grand scales.  Is it a wonder that, in those comics, time travel and alternate dimensions are common?

Given everything this film introduced, I wouldn't be surprised if they started popping up on screen.

Because one of the biggest items the Marvel Cinematic Universe is  bringing in from the comic book counterpart is the notion of multiple thread, serialized storytelling on a grand scale.

This might have been labeled an “Avengers” film, but it was really what the comic companies call a summer crossover event.  Just about everyone, Avenger or not, was involved, and the repercussions will extend into every follow up tale.  Those who have seen all the previous movies get more out of the moments and interactions, but it still works as a standalone spectacle.

The climax of that spectacle, which I can't reference without massive spoilers, shows that once a successful and complex universe is established, more than the standard cliche endings of a single story are fair game, due to full knowledge that the franchise will continue. Similarly, some key characters that were missing got mentioned, but I'm guessing we'll learn more about their whereabouts and importance in the follow ups.

Serialized storytelling – literature has used it  (Dickens, Dumas, and on the masked avenger side Johnston [Zorro] McCulley) comic books continue to use it, and now major motion pictures can tell a full tale in each “issue” but always let you know there are more adventures, excitement and characters to come. 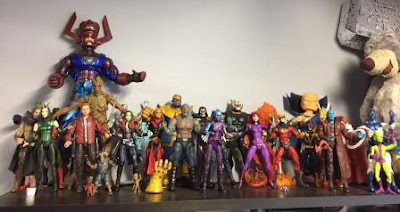 Thanks Jeff. On the verge of seeing this one but I'm still playing Marvel screen Universe catch up. I'm all the way back on first Avengers film.

Yes, perhaps a bit of catching up. But I believe you have enough comic book experience to follow along.

Either that or as you watch the other ones, you'll keep going, "OOOH, I get it now!" Like I did while watching the original Universal horror films after seeing "Young Frankenstein."

Thanx for joining in and have fun!