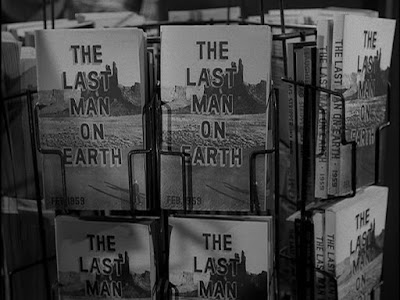 Venom came out, but with a sinus infection, band performance and a homecoming dance we didn't have time to see it.

And there’s a new Doctor. She’s British, she’s fun, she's commanding, and she’s mad, I"m still sure she'll be fine.  But, since we’re starting at the beginning to step by step new viewers in again, I’d really like to see another outing or two where she’s settled in before posting all my thoughts.

I have been watching the Twilight Zone however…

Going back to when it was on channel 11 out of New York, I watched it semi regularly at One AM after Star Trek.  Of course, I always watch chunks of it on whatever network hosts the New Year’s Eve Marathon.  One thing that amazed me in those bulk viewings is that I almost always encounter one I hadn’t seen before.

Given that discovery, finding it on Netflix inspired me to fit them in whenever I had a space exercising and watch them all in order.

I was stunned that I’d never seen the very first one on any previous viewing, and also that “Where is Everybody” is one of only four episodes without any fantastical elements in it.

It’s also the linchpin to my latest theory of interconnected fiction.

The episodes establish some rules pretty quickly that we see throughout the series.

Angels and Devils, and Heaven and Hell exist for rewards and punishment of good and bad behavior. 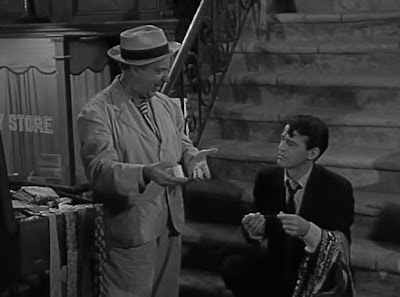 Two and a half seasons before Robert Redford shows up, Salesman Lou Bookman (Ed Wynn) learns about the former in episode 2, “One for the Angels” and Walter Bedeker (David Wayne) gets nailed by the latter in “Escape Clause,” Episode 6.  Sometimes the angels are more subtle, like in “Mr. Denton on Doomsday” (Episode 3) and sometimes the punishments are more of a lesson, like in “Walking Distance.” (Episode 5)

Poor Henry Bemis gets a hellish punishment in “Time Enough at Last,” (Episode 8) when his only shown flaw is being easily distracted. Meanwhile, those he interacts with are shown to be straight out nasty. Also his state at the end is mirrored by his wife and boss displaying behavior earlier of destroying or removing his access to the books that bring him joy. 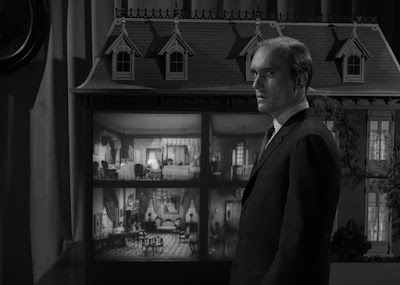 Ida Lupino and Robert Duvall (in what became what may be the only great use of colorization technology) got to escape reality into their happy endings.  Why not Henry? 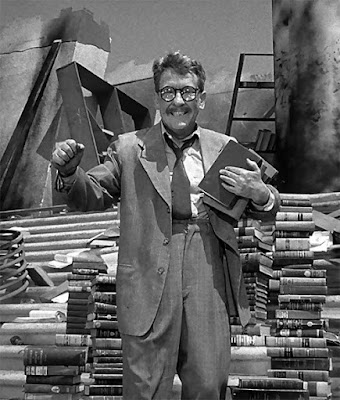 What if, besides the idea of punishment and rewards for evil and good, every Twilight Zone does take place in the same world.

In my mind (a nice place to visit but you wouldn’t want to live there) they do.

The series pretty constantly shows the early days of space travel, often with unpleasant results, (such as a giant sized Agnes Moorehead) almost as if the human race rushed into space without being prepared.  It also backs up the hazards of the universe by showing multiple versions of alien invasions of Earth, mostly trying to take over through subterfuge and chicanery, rather than straight out warfare. 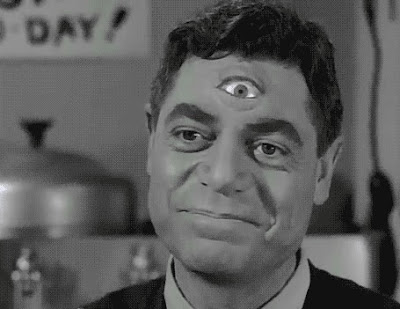 Martians and Venusians hiding out in a diner,
Aliens getting people off planet before they learn, “It’s a Cookbook!”
Empowering random people (Mr. Dingle and Anthony the Cornfield kid could be two sides of the same experiment)
or manipulating power fluctuations to turn people against each other are a few famous examples.

Honestly, I'm convinced Talky Tina, the slot machine, and the fortune teller are specialized forms of the attack in “The Monsters are Due on Maple Street.”

And there is "something on the wing." 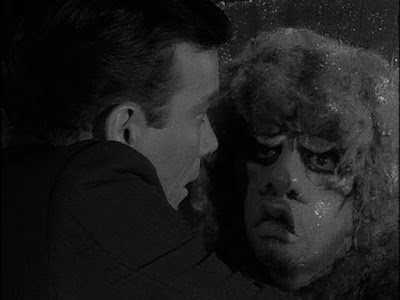 I think its an alien.

What if the early space missions shown are the result of humanity desperately trying to advance against these attacks without having time to be fully prepared?

How many different episodes show weird and unnatural forms of isolation?

What if they’re all the hallucinations and situations brought on by variations of the isolation chamber experiment of that very first episode?

Maybe prisoners are being illegally experimented on, and that’s why James Corry (Jack Warden) was used to evaluate if a robot could alleviate the isolation in “The Lonely?”

Maybe they wanted to know if experts from two warring countries with no ability to communicate could work together in an emergency.  And maybe it would be easier if they looked like Charles Bronson and Elizabeth Montgomery. 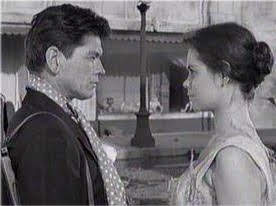 Much of Henry Bemis’s predicament makes little sense, and not just because I feel bad for Burgess Meredith, since he’s awesome in everything else. 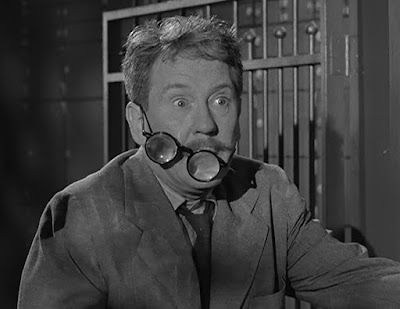 A blast that destroys well beyond a city, but leaves no evidence of radiation?

No sign of human remains ANYWHERE, but food and water are still intact?

Stone and wooden buildings shattered to absolute rubble, but the paper pages of books are unaffected?

Even the way his glasses break, not just cracking but getting completely pulverized as if hit by a sledge hammer after a drop of a foot and a half doesn’t jibe with reality. 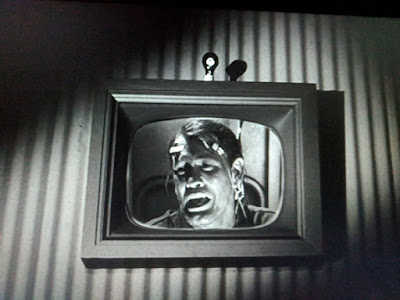 No, I think Mr. Bemis was locked in that little booth from “Where is Everybody” with all of his favorite reading material to pass the time.  It still wasn't enough, and when he “cracked” he imagined his glasses doing the same.

He’ll recover, and get back to his mathematical based job (hence the banking delusion) for the space program.

One day he’ll be able to soar off to new worlds and help the human race deal with their invaders.

He just might end up learning that “People are Alike All Over.” 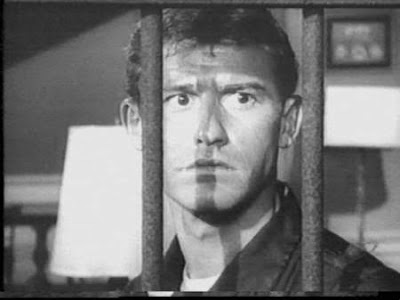 Oh well,
Ending up in a zoo on Mars with Roddy McDowall isn’t the happy ending I was going for when I started writing this, but at least he’ll have his books! 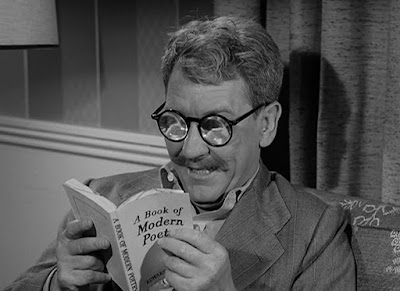 Holy Moley!  That was Susan Oliver in that episode! 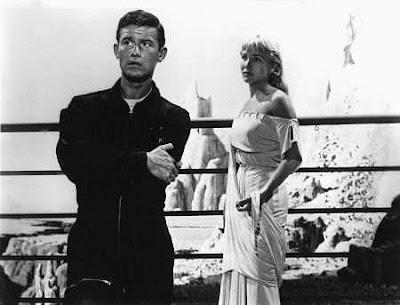 Vina from Talos IV! (“The Menagerie”)
Is she cheating on Captain Christopher Pike with Roddy?
Does my Grand Unified Twilight Zone intersect with my Star Trek Intergalactic Invasion Story Thread theory?

Do I just really need to get a lot more sleep?

(The answer to the last question is the only one that is a resounding “yes!”)