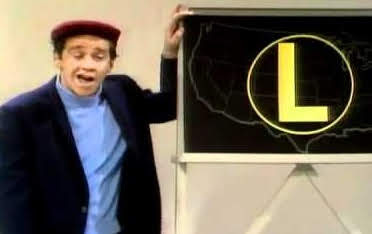 Hello folks and welcome to the official (and sort of third) introduction to the George Awards for Profanity in Film.   Given the subject matter of this one you can tell how far I plan ahead…or how far I fell behind, more likely.

Anyway, it’s occasionally still cold enough, and the incorrectness of timing plays into this.

This past holiday season, the controversy that started ten years ago around “Baby its Cold Outside” expanded as both sides made the case for their point of view.

On the one hand, it was written seventy years ago when the norms for flirting were different and the implications several of the phrases, idioms and social expectations of the song have had their meanings shift away from the original, if not completely innocent, playful and consensual intentions.

On the other hand, it was written seventy years ago when sexual harassment and “casting couches” were not viewed in the negative light they should be. Time does change meanings and the words being said or played currently are far creepier and have some clear connections to victimization to the ears of those lacking the historical context.  Perception can define reality, meaning a song becomes what it sounds like to the listener.

Both sides make some salient points, but I believe they are both missing a key issue here…

This song doesn't have ANYTHING to do with Christmas!!!!

There’s no gifts, no Santa, no Jesus, no Reindeer…
Nothing specifically Christmassy to make anyone that focused on whether it should or shouldn’t be played.

Seriously, the title could be changed to:

"Holy Shit there's a hurricane out there!”

And aside from shitting all over the meter, it wouldn't affect the story at all.

And I’m watching you “Winter Wonderland.”