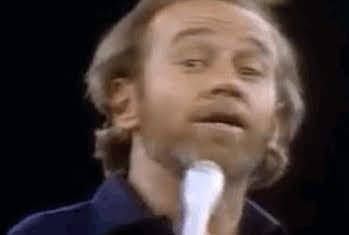 Hello and welcome (finally) to the list portion of the Sixth Annual George Awards.

The decision is partially to balance out the last two year’s male centric lists, partially because I'm running out of ideas and mostly because I have the sense of humor of a twelve year old.

We’ll start off with a bonus, of course. Due to the history and inspiration of the George Awards, they should be mostly verbal in nature.  However, a moment in Critters 2: The Main Course from 1988 deserves mention.  Much like X-men the Last Stand proved the most indestructible substance in the universe is Wolverine’s pants, this film introduced an inverse unusual nigh invulnerability.  When alien bounty hunter Lee transforms into Roxanne Kernohan after seeing a centerfold of her, due to the 1980’s Bosom PG Revelations act, we learn that the space armor that can withstand laser blasts, ship crashes, and omnivorous alien fangs, bursts asunder when exposed to expanding mammary glands. 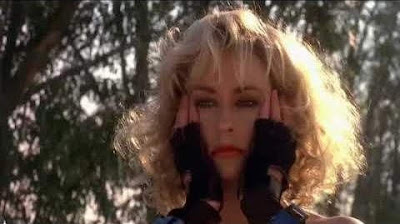 The Number Ten spot from 1981 had a bunch of visual moments featuring Adrienne Barbeau and Tara Buckman (as Marcie Thatcher and Jill Rivers) using their assets to prevent getting speeding tickets in Cannonball Run.  The George Award moment comes from the state trooper played by the uncredited Valerie Perrine when she stops the Lamborghini, and the scam cold with a greeting of: 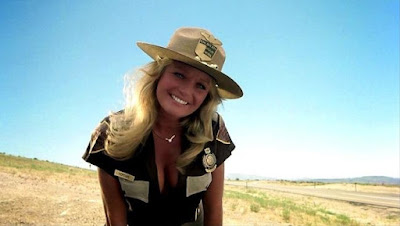 "Well hello, hot pants.
I don't suppose you've got a driver's license tucked away there now do you?"

The Ninth Place George Award goes back to the idea that I have the sense of humor of a twelve year old.  There’s an exclamation by Pee Wee (Dan Monahan) in 1981’s Porkys that has always stuck with me due to its enthusiasm and earnestness.  The moment might be from the sequel, with these movies it hardly matters.  When they gang finally gets into the bar, and one of the dancers offers to flash him by saying “You wanna see them?”  His affirmative reply is greeted by her stating the price of, “Two.” And his answer is filled with total innocence and excitement when he says: 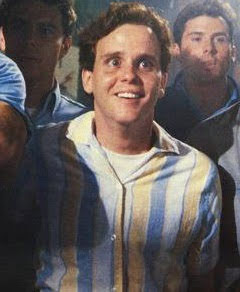 Next up in the Number Eight spot is a movie I probably should have mentioned more, and definitely need to see again.  Dan Ackroyd played Joe Friday completely straight, despite the "modern" setting in 1987’s Dragnet which costarred Tom Hanks as his more timely and relaxed partner Pep, and had an appearance by Julia Jennings as Sylvia Wiss.  Ackroyd’s never breaking the Friday “Just the facts” deadpan character reached a peak at the mansion of a Hugh Hefner stand in, when Miss Wiss introduced aspects of herself:
Sylvia- *exposing* “Do these look like the breasts of a 40-year-old woman?” 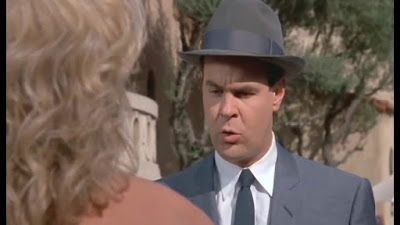 Friday- Completely unfazed and monotone*
“No, ma'am.
They're quite impressive...
bordering on spectacular.”

Seventh Place returns us to a special award moment from two years back for 1982’s Dead Men Don't Wear Plaid.  Rigby Reardon (Steve Martin) getting his “willy” adjusted was payback for the previous times Juliet Forrest (Rachel Ward) passed out. Again, it comes down to the earnestness of the expression: 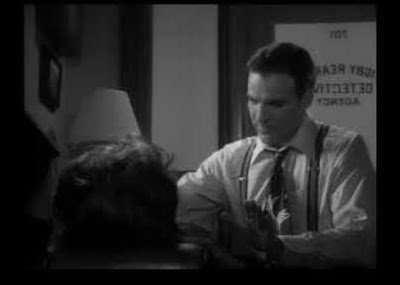 “I was adjusting your breasts,
when you fell they shifted all out of whack.”

Monty Python needs more mentions in the George Awards, so let’s give them Sixth Place for Monty Python and the Holy Grail.  Michael Palin in 1975 as the King of Swamp Castle entered a new euphemism into the English lexicography on both sides of the Atlantic, referring to Princess Lucky: 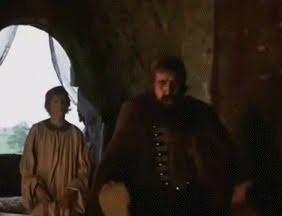 “She’s got huuuuuuuge…
Tracts of land.”

For Number Five, a classic of awful cinema that's near and dear to my heart, 1978’s Attack of the Killer Tomatoes. Gary Smith plays disguise expert Sam Smith who infiltrates the enemy camp disguised as a tomato, because of course he does.  Right before he blows his cover in one of the best gags in the film (“Will somebody please pass the ketchup…DOOOH!”)  is a subtle but effective boob joke. 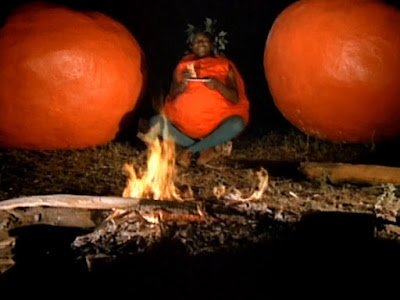 Given the subject matter, Elvira deserves a mention this time around, so here it is. The very first time (of what was probably far too many) that I saw the famously, entertainigly bad  Attack of the Killer Tomatoes, it was hosted by Elvira.

Return next week for the finish featuring the some of my favorite movies (because, me) and a surprise studio winning the whole thing (because...also me.)