Now that introductions and explanations are out of the way (click here if you missed them), and we’ve established that I’m pathetic. It’s time to start the list of movie scenes that create nerdly emotional responses.

Note I will use “nerd” and “geek” interchangeably.  Some people will give you detailed explanations of the differences between them, in some cases using venn diagrams.

These people are extremely geeky nerds, or is that nerdly geeks? 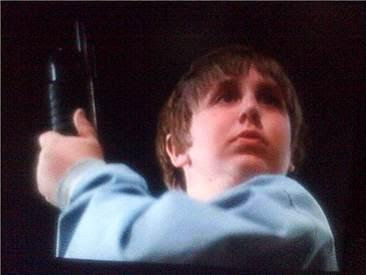 “My name is Horace” *ca-chack*

OK…technically this one probably shouldn’t make the cut, but I was embarrassingly negligent in leaving it off the Awesome 80’s Movie Quotes list, meaning it had to go somewhere.

And, honestly, it’s hard not to get choked up when Horace simultaneously and impressively saves the lives of, and scares the living hell out of, the two bullies who had given him such a hard time earlier in the film.

They will NEVER call him Fatkid again.

The Fellowship of the Ring

Geeks don’t usually have large numbers of friends, but we do tend to form strong bonds with the ones we have.  Whether it stems from a passion about the same unusual hobbies or a strong “us vs. them” mentality, the ties are there.

Samwise is one of fiction’s staunchest allies, bravest companions, and all around groovy guys. When he tosses his non-swimming, furry footed self into the river in pursuit of his best friend Frodo, it’s obvious that he considers the definition of the word “alone” to be modified by their friendship.

It was also obvious to everyone in the theater that I was way too into Awesome 80’s Movies as I couldn’t help yelling, “GOONIES NEVER SAY DIE!” to cheer him on.

Willy Wonka and the Chocolate Factory 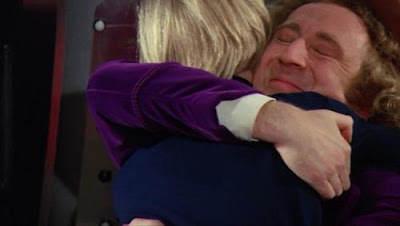 “But Charlie, don't forget what happened to the man
who suddenly got everything he always wanted.…”

Mr. Wonka is the ultimate engineer/scientist/inventor.  His knowledge and technology coupled with extreme eccentricity, mood shifts and intentional confusingness adds up to geek royalty. (Heck, if Gene Wilder was British, he’d be The Doctor: with his impossibly large factory interior, and flying elevator.)

The film is a celebration of creativity and progress with emotion and meaning, and the rollercoaster ride of feelings he puts Charlie through (and therefore the viewer) is nerve wracking.

Stretch those already wracked nerves to the limit.

What sounds like an ominous warning (the quote above) is capped off by the obvious, yet heart warning ending “He lived happily ever after.”

Frankly, the “Imagination” song on its own can get me misty on some days…because I’m pathetic. 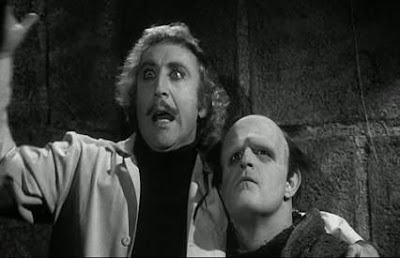 “My name… is FRANKENSTEIN!”

Gene Wilder’s embracing of another scientific destiny brings some true emotions to a ridiculously funny film.  I have another of his quotes in my cubicle as a reminder to all of us in technical fields:

“If science teaches us anything, it teaches us to accept our failures as well as our successes with quiet, dignity and grace.”

And I frequently do so with the same quiet, dignity and grace he displayed following that line.

However, this list is about Teargeeker moments, not technology induced temper tantrums.

Wilder’s speech in the cell as Victor is simultaneously praising both his creation and the scientific spirit of discovery and advancement can stir the cockles of any geekly professional.

The Bride of Frankenstein 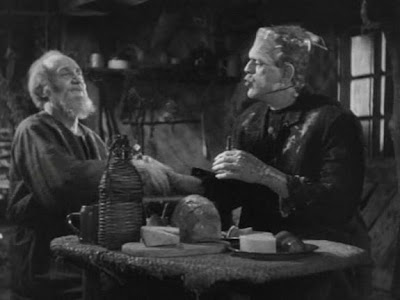 While the previous movie is both a brilliant love letter to the Universal Classics, and brilliant comedy in its own right, it makes it very difficult to appreciate some of the emotional high points of the source material without breaking down into hysterical laughter.

Boris Karloff’s portrayal of the geek like, lonely, outcast monster – constantly picked on by others - has a range of strong emotion which has often been lost in translation in other versions and references.  From his panicked confusion at the accidental drowning of the little girl in the original, to his sorrow and rage when rejected by the woman made for him in the sequel, Karloff brings a true depth of feeling to his scenes.

The most complex of all is the monster’s meeting with the blind man. (If you can forget Gene Hackman’s genius performance in Young Frankenstein long enough to not collapse in fits of giggling.)  Karloff demonstrates all the creature’s emotional isolation though his reactions when he is given a brief respite by the kindly old man.   The monster’s terrified and anguished cries as he’s chased out of the burning house, to be alone once more, are truly heartbreaking.

Yes...yes he does. And thanx to my sister, I have a t-shirt proclaiming that fact.

Excellent choice of Willy Wonka. And as to your commentary on using the term nerds and geeks, I had an argument just a few days ago about which term is more complimentary than the other. I think I chose geek over nerd, but now I can't quite remember, so perhaps they are interchangeable after all.

Glad you're enjoying the series, thanx again. I think it has to do with knowledge vs. obsession, but they go hand in hand so often, why split hairs?

Young Frankenstein was sad? i didnt know or remember the sad part.

Sometimes they are geekly tears of joy and triumph. Love Daddy.