Please click here for the explanation of this particular set of foolishness, and the start of the list. 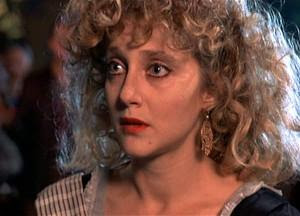 OK, it is time for a major confession within a confession. I love this movie. My whole family, immediate and extended, also loves this movie.

Whenever one of us is making a suggestion that is proven impossible by another, the reply tends to be, in a gravelly, Maria Ouspenskaya like, monotone:

And, of course, anyone cleaning anything is bound to have another family member behind them stating:

Lupi and Radu are clearly the heart and soul of the film, and they get all the best comedy moments, whether as straight men to Joseph Bologna's outstanding performance (particularly on why he doesn't work with lightning) or on their own.
(My family is also known to report of the status of multiple items with:
“Alive, alive aliiiiiiiive.......DEAD!”

And answer the question, "What are you going to do with that?"
with, "Give it to youu-uu.")

John Byner’s speech at the end - when Radu finally gets fed up with all those who have bullied him going too far and turning their attacks on his child - is inspired.  His “How dare you?” contains as much strength and power as the rest of his appearances contain mirth.  In the middle of the speech, the man who is actually called a “geek” by the police chief manages a moment of great honesty and tenderness with his bride before demanding, as all geeks should: 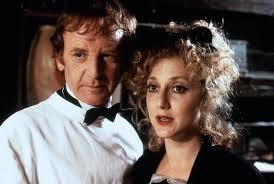 “We deserve some respect!” 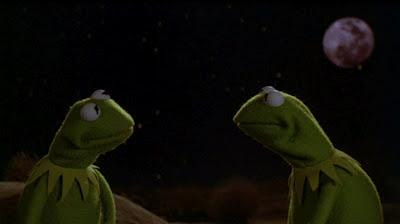 Whether it’s due to extra time from finishing things quickly, having a mind that wanders in several directions at once, attending schools:  for guys- with no girls, for girls- with no non-nerdy guys; geeks tend to have many and varied creative outlets.

Geeks, however, also tend to be practical enough to usually base their careers on something technical and stable.  In these careers, successfully completing projects and tasks get only minor recognition because, “That’s what you’re supposed to do.”

Those creative outlets don’t fade away, but instead dwell in the back of our minds. Dreams of using them to gain acclaim or at least a job doing something we love never fully go away.

When Kermit realized that he really promised himself that he would use his talents to, “Make millions of people happy,” it definitely stuck a chord...and made me wish my life had a soundtrack provided by the Electric Mayhem.

Besides, who wouldn’t want a career that is: 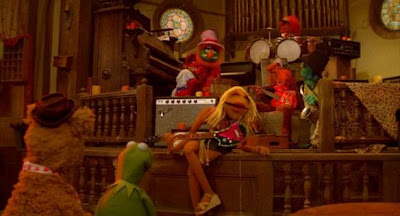 “Fine and laid back and mellow and profitable”? 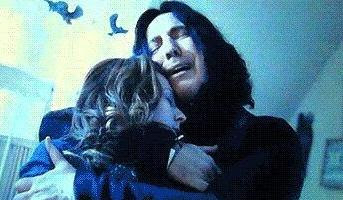 Harry Potter is very popular with the geek set, but Harry himself is no geek.  Sure, he’s bullied at home, wears glasses, and is an outcast in the muggle world. Once he’s at Hogwarts, though, it’s completely different.

He’s famous,
He’s relatively popular with students and teachers.
He’s quite the rule breaker.
He’s a star athlete.
He’s wildly rich.
He’s academically proficient but nowhere near the top of the class.
Basically, he’s one of the in-crowd for most of the story.

To find the true geek at Hogwarts, one needs to view the pensive to see the boy who:

Was a loner and outcast at school.
Got picked on incessantly (and pantsed) by the troublemaker crowd.
Lost the one girl who understood him to a jock. (James was a seeker, too.)
Had greasy hair and non fashionable clothes.
Was an exceptional student, surpassing some of his professors.

Severus Snape was a textbook geek.

As an aside, I always knew he was good, because if he wasn’t it meant Dumbledore was wrong…and that’s the one thing that never happened during Harry’s time at Hogwarts.

The reason for his goodness was understandable to many a geek:

Even after losing Lily to the more popular and less intelligent James Potter; Severus never lost his feelings for her, would do anything for her without expecting something in return, and carried a torch for her until the very end.

I need a tissue. 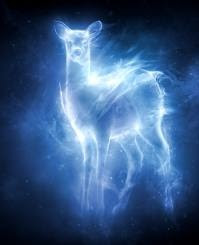 After all this time. 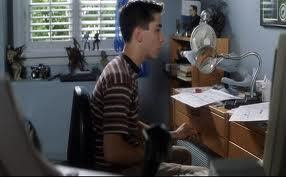 The movie that George Takei called “a chillingly realistic documentary” provided a detailed peek into the way a geek fan’s mind works.

We all get way too far into the fictional universes of our fandoms. Well before the internet information sites and message boards there were technical manuals, blueprints, and atlases available to add a level of reality to those universes.

We will agree when pressed, as my Dad frequently pointed out, “You do know these people are fictional don’t you?”  In fact, Brandon was explaining his understanding of that idea, and also that, of course he has more important things in his life, when Jason Nesmith said those magic words:

Brandon’s excited reaction, for every geek that holds the belief deep in their hearts that one day they could:
Be beamed up…
Or move that soda can using the force…
Or happen upon an oddly spacious Police Box.

Was a moment of sheer nerdly emotional triumph! 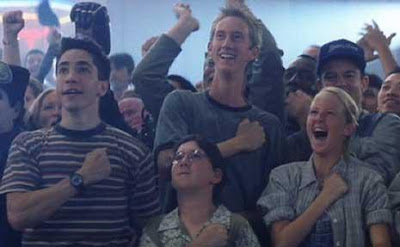 Never Give Up, Never Surrender! 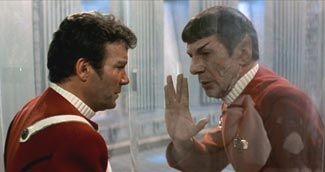 “I have been, and always shall be, your friend.”

Sure the “Remember” scene, the Genesis Effect, and the notion that movies are a business make it obvious NOW that he was coming back.

There I was: a lifelong Trekkie (I had been pouring over the Franz Joseph designs in the Starfleet Technical Manual since age four) only a few years past running around the house in my blue Starfleet pee-jays with little cardboard extenders on my ears.  I was minding my business, enjoying a film with characters that had been in my home from before I was born.

Again, this was back before internet spoilers were everywhere.  The only hints to the future of Star Trek I could get my hands on were occasional issues of Starlog.   There had been rumors that something bad would happen, but I figured it was all a ruse to cover over the fake deaths in the opening Kobayashi Maru scene.

The next thing I knew, I was watching a Vulcan, beloved as long as I could remember, die painfully – if dramatically – after saving his ship mates and friends.

I turned to jelly, tried to recover, and dissolved again upon hearing Kirk’s eulogy:

“Of my friend, I can only say this: of all the souls I have encountered in my travels, his was the most... *SOB* human.”

(That sob was me...the Admiral may have made a noise there as well.)

Even having full knowledge of his return, and the fact that both in story, and as part of the franchise, Nimoy’s Spock has outlasted the rest of the crew, those lines always break me up…

Even in the 2009 version where Nimoy speaks his line as a way of greeting.

Which just goes to prove:
The whole point of this exercise after all was that I’m pathetic.

We now pause for a moment of silence for death of any chance of my ever being thought of as “macho”. 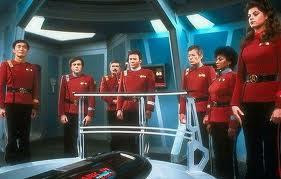 The room gets "a little dusty" every time I watch the end of Khan.

It does for all of us, my friend.

Jeff I am sorry to report that I have not seen any of these movies! I will have to consult Joe. How about AI by Steven Spielberg? Did you see that one? I usually need some therapy by the end.

Missed AI. Wow, these are some of my favorite films. You've never seen the original Muppet Movie? Are you sure we're related? You now have a homework assigment, my dear cousin. Thanx again for getting all the way through this.

I forget most of galaxy quest, but i remember the ugly green men.

You know what that means, kiddo. Time to watch it again!