New Who Views: The Return 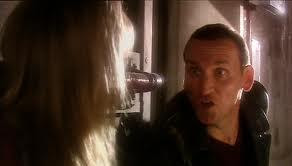 The approach of the countdown to the fiftieth anniversary and the start of Season Eight got me toying with the idea of doing episode reviews for my first “Real Time” season of Doctor Who.

Then I realized, based on my initial reactions to past episodes, there would be weekly posts of:

“WHOAH! THAT WAS AWESOME!”

Over and over again.

My other idea, using the viewing of all the commentaries and reading of The Writers Tale and other sources, was to write installments of an episode guide for the entire new series.

Since that effort would:

1) Consist of me repeating myself due to the multiple recurring themes on the show.
2) Be one of (*slight pause to Google search*) over twenty nine million guides on line.

I’ve decided instead to do occasional posts looking at specific concepts or ideas used in the new series.

This first one looks, simply, at how the show managed to successfully come back.

Christopher Eccleston will never top my list of favorite Doctors.  In fact, there were several elements of his portrayal that I was not fond of during my first viewing of the returned series.

However, having rewatched them, and viewed his season as a whole, I definitely consider him one of the most important of the Time Lord’s incarnations.

The Ninth Doctor wasn’t only the main character of the show.  He, and the episodes that featured him, was a tutorial for the universe of Doctor Who.

The Doctor, when he’s at his most impressive and Timelordy, can be extremely overwhelming for new viewers. The ninth Doctor was damaged by the Time War (providing an explanation for us old fans) and therefore was much less Doctory for a while.  He needed rescuing EXTREMELY often in the early episodes, which I wasn’t too happy with at first, but can now see how it was used to sympathetically draw new viewers into the world without overly confusing them.

By having him be much less in command than the old series, or later seasons of the new series, it allowed a safe, step by step introduction to the world of Who.
This is the Doctor.
This is the Sonic Screwdriver
This is the T.A.R.D.I.S.
(Dammit, U.S. subtitle people, stop spelling it “Tardis.” You’re annoying the crap out of me.)
This is the future.
This is the past.
This is another planet.
This is a binary vascular system.
This is a fixed point in time.
This is the time vortex.
This is regeneration.

Once the viewers were up to speed with the working of the Whoniverse, Eccleston could demonstrate full Doctory confidence and let loose with the “Oncoming Storm” speech in “Bad Wolf” that ended with:

And have everyone come along for the ride.

Then Tennant’s run started going back to a bit of tutorial, with him and Rose retracing their steps in the  first three episodes:

One the show finished establishing the Doctor was the same but different (and far more “Doctory”) it could introduce more about past companions and incarnations; and weird excursions involving alternate universes, Chameleon Archs and “A big ball of wibbly wobbly Timey-Wimey stuff.”  Each new season, a recap for a bit of tutorial was thrown in, usually via a new companion.  By the sixth season it was down to Amy’s thirty second summary of the show in the credits.  Finally, the show reached a level of exposure that allows the total insanity of the Matt Smith years,  with:

- Full bore Doctor bluster, “Basically, Run!”
- The reverse time romance with River Song
- The Girl and Boy who waited timey wimeyness
- “Every story has a beginning middle and an ending, but not always in that order.”

The key success to pulling new audiences in is something that both Russell T Davies and Steven Moffat have excelled at.  They didn’t simply recreate the old series. What they did was recreate the series as they remembered it from their childhoods.  This is a subtle but important difference, which many modern comic book writers really need to learn.

In commentaries, both show runners mentioned the excitement of the old series’ cliffhangers, but also, that for today’s audiences; they could lead to repetition and slowing down of the story.  This is especially true in the modern world of DVD box sets and Netflix where often the entire season will be watched consecutively.  Therefore they both used little tricks to invoke the same feelings without copying the method directly.

Pre credits sequences and next episode teasers serve nicely to place cliffhangers. Tennant’s season ending “What?! …what!?...WHAT?!”s worked particularly well for this.  However, when there was an actual multi part story, the second part almost always started with a significant time or location jump to prevent any repetition, and continue the series’ running based pace.

The biggest change made in order to recapture the remembered version of Doctor Who is the vastly increased emotional content.   Davies mentioned two points that assisted in the addition of stronger ties for the characters and viewers.

1) Interpersonal Connections:  Despite all the crazy settings and wild storylines, the most important moments are scenes where people are sitting around a table, talking.

2)  People Outrank Things:  The effects are much better but are not the most important element.  Even when there was a big CGI spaceship in shot, Davies tried to always have people the viewer cared about in the foreground going,
“Ooh! A spaceship!”

Watch Eccleston’s and Tennant’s runs with these in mind and they can be noticed in nearly every episode.

Key first season examples are:
1) – “Boom Town”: Just before the Doctor notices the newspaper near the beginning and his dinner with Margaret later in the episode.
2) – “Aliens of London”: The Doctor and Rose’s reaction to the “fake” crash.

They remained elements all through Davies’ tenure. (“End of Time” featured the Doctor and Wilf sitting around a table, and Wilf and Slyvia’s reactions to all the crazy science fiction stuff.)

Moffat has continued infusing emotions into Doctor Who using his own methods, and the end result is more than just good storytelling.

In the old series, Doctors would regenerate, companions would leave, and - in show - there was some sadness, but mostly the adventure would simply continue on.  However, as a childhood fan of the show, watching a favorite companion leave, or losing “My Doctor” was devastating.

The characters on screen are involved in complex, deep emotional connections such as:

And of course, the whole dynamic of the companion’s families and home lives, which were never seen in the original series, adds an extra level of involvement and interaction.

This increased level of emotionalism allows all viewers, new and old, to feel the same level of attachment to the characters that Davies, Moffat, me and the rest of the childhood fans of the Hartnell through McCoy Doctors felt during their eras.
Posted by Jeff McGinley at 2:00 PM

Excellant analysis. I still wish they wouldn't sexualize the doctor. As we've seen they can put all kinds of strong emotions around and through him without the Luv intimations.

Many thanx! I'll be donning my "Captain Continuity" had more strongly for later posts in this occasional series to deal with The Doctor and Romance, as well as other topics (regeneration, Daleks, and whatever else I can think of)

Many thanx for visitin, and more importantly for the kind words and encouragement!

I love reading these. Though it makes me feel I need to rewatch. I forget so much. For example, I wanted to defend Mickey when you were negative about him. I remember really liking Mickey. But now I can't remember why. So I can't defend him. For all I know...he deserves your (mild) wrath.

What you say about their families, though. I remember being very attacked to Rose and her mom...and Mickey.

I forgot a lot of the family stuff, but then I saw photos recently...and was like "Oh! Yeah. Donna had a dad!" Did Martha have family? I don't think I ever warmed to her. I thought it was because she was the replacement for Rose. But maybe it was also the lack of family?

Well...just Googled. She has family. So I think I was just in too much mourning over Rose.

Oh! I'm seeing that I'm very much not alone. Just found Vulture article saying "Martha had the misfortune of being the first rebound companion after Rose".

I remember feeling actually somewhat depressed after Rose was sent to that alternate universe, or whatever. I kept longing for her return...and I remember being so hungry for her name to be mentioned. Or flashbacks. But then when she actually did return...it felt kind of.

I don't know how to describe it. But it didn't make me happy. It was like going to a vacation spot you once loved but now it's changed and no longer fun.

Thanx much. We had some changes on our recent watch. Mickey has a magnificent character arc from coward to hero. Rose also treats him like total crap and comes off as kind of selfish guarding her relationship with the Doctor.

A big example is her meeting the Ood, and thinking, "Slave race...whatever" where when Donna meets them she immediately has issue with it.

Martha is actually amazing as well. I brave, selfless and always looking to help others. She's also the only companion on the new show (except for Ryan and Graham now) who left like they did on the old show, just because they wanted to, not for some big cosmic reason.

It's very easy for us to find another reason to watch them again. I think this is about our 4th time through (not counting when we find marathons on BBC America) We started at the end of the summer with Eccleston and are half way through Matt Smith again. Thanx again for reading, glad you enjoy them!