The Not Before Christmas

Not to be confused with the Clayton Moore classic, “Hi-Yo Silver, Awaaaaaaaaaaay!”

I figured I’d have a go.

Although now and days, I think it’s the grown-ups who really need Santa. 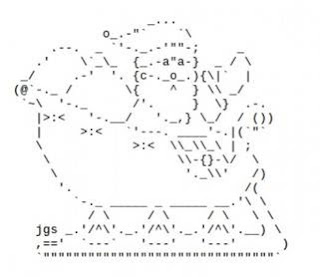 Twas the night before Christmas, and down in the cubes,
The employees all stared into cathode ray tubes.
Their fingers did type on their keyboards with speed.
To work late on this night, they all felt the need.

The projects were due, and the budget was late,
All career driven people accepted their fate.
They ordered some pizza, to have a quick meal,
And got back to work, for there was a great deal.

Then a loud noise was heard, but nobody would peek,
For the deadline was coming in less than a week.
A shadow passed o’er the window, for sure,
But most people thought it was gas from the sewer.

Yet out in the night, an odd something occurred.
An object soared in, and it weren’t no bird.
With sleigh bells a’ringing, he flew in like wild;
An old friend the workers all knew as a child.

St. Nick saw the lights on as he flew in closer,
Would he allow that, on this night? Well no, sir!
He circled the building in shock and amazed,
Noting departments, all acting quite dazed.

“In Finance, in Legal, and in Engineering,
In Shipping, and Sales. It’s all over I’m fearing!
They gave up the night, and they’ve misplaced the season!
Left Christmas behind, for a lame fiscal reason!”

So pulling the sleigh to a halt in the lot,
Old Santa reigned up in the president’s spot.
The locked doors he opened, they swung to and fro,
He then filled the place with a loud, “Ho Ho Ho!”

Each worker was stunned, as words formed in their head,
“You haven’t been naughty, just stupid instead!
Good families and friends, you’ve all chosen to leave,
To stick around working here on Christmas Eve.”

“You should be out caroling down in the streets,
Not typing up cells in those boring spreadsheets.
Though your kids are all sure to forgive you somehow,
You won’t again have them the age they are now.”

He knew that they’d listen, as he drove home his point,
With hopes that he’d finally empty this joint,
“You’ve missed the main issue, most vital by far,
Your job’s just what you do, it’s not who you are.”

Then, using the twinkle that’s brought Santa fame,
He wiggled his fingers around the mainframe.
Then Kris Kringle spoke, as the system went down,
“Get into your cars, and drive to your home town.”

"All the work will still be here, when you have come back,
And the boss will not suffer a huge heart attack.”
He then pulled some weeks out from under his hat,
Extending all deadlines, he’s magic like that.

The workers all grinned, and did not hesitate,
As they drove to their spouse, or their family, or date.
And Santa grinned too, as he walked to his sled,
He’d brought yuletide life, to these corporate dead.

As he flew off again, bringing hope joy and spirit,
To all workaholics, a’ willing to hear it,
His voice echoed loudly, from Flatbush to Rome,
“HAPPY CHRISTMAS TO ALL, NOW GET YOUR BUTTS HOME!”
Posted by Jeff McGinley at 2:00 PM

The line "...Kids...You won’t again have them the age they are now" Really gets me.

Just yesterday we were talking about Morgan (someone tried to take the nubbin' handle off his nose and I explained that he liked it there. Then Mommy added "when he was smaller he wouldn't take it if the handle wasn't on his nose."

All I could think was "Where does the time go that we can say when HE was little. He's only 5 months old for Pete's sake. -- Oh my GOSH! he's five months old already.

Thanx for posting and complimenting.

Its crazy how fast they grow and change.

I feel that line may be the one shining berry of wisdom in the giant pile of dinosaur poop that is my writing. (I also feel I need a better analogy there.)