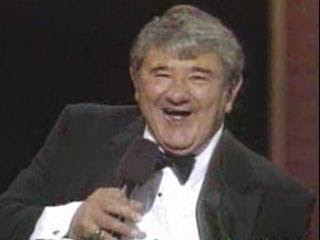 I love a clever, well-constructed joke.  However, I don’t believe print is the proper media for the true art of joke telling. (Not counting the occasional commemorative exception of course.)  One of the reasons I started writing stories and e-mailing them about in the musty past of the pre blog era was the belief that I could create written material funnier than the poorly assembled jokes piling up in my inbox.

Wordsmithing is important to a joke.  Take this sort of example comparing the same gag used by Andrew Dice Clay, and George Carlin.

Clay:
Jack and Jill went up the hill, each had a buck and a quarter,
Jill came down with two fifty, OH!

Carlin (YEARS earlier, by the way):
Jack and Jill went up the hill, each one had a quarter,
Jill came back with fifty cents. Do you think they went for water?

The attention to rhythm, word selection and payoff is why Dice faded, and Carlin is known as one of the Holy Trinity of stand-up comics.   Both used four letter words and “offensive” situations as material sources in their careers, but where Dice tossed them about for shock value alone, Carlin artistically utilized them as a master of his medium, along with the entire English language.

Real jokes need to be told to get the full effect.  (This is also true, but to a much lesser extent, for question and answer riddles.)  Body language, funny faces, and vocal range play a huge part in their success or failure.  Word choice is of even greater importance than in story writing, because of the limited duration.  The set-up has to have just enough information to make the punch line obvious when heard, but not enough to allow the punch line to be guessed ahead of time.

(If you meet me in person, I’ll give a better explanation of this, using the Mark Nizer Two Fingers Grand Unified Theory of Comedy.  Make sure my sister isn’t around for it though, she tends to interrupt with, “I got a comedy finger for you right here!”  We’re a very humor oriented family.)

When I find a joke I like, I really work at picking the proper phrasing, accents and mannerisms to go with it.  Sometimes, a master provides those prepackaged.  Much of Buddy Hackett’s material was old when my grandfather was a kid. His routines were always brilliant anyway, because he agonized over each word, voice and facial expression used for maximum effect. As far as pure joke delivery, he was the greatest in my book.

Considering I’m not about to go into video blogging, podcasts, or regular street performing anytime soon, here are, in no particular order, simply the punch lines to ten jokes that are among my favorites to entertain myself by putting my own spin on.

7. “Well, There I was, minding my own business, hiding in a refrigerator...”

Feel free to remember your favorite version of them, and have a good laugh. If you don’t know one, ask me next time we meet. I’ll tell it to you right after I finish going through the fingers thing.

Footnote: Three Important Up the Lake Based Omissions:

“I am de viper, I’ve come to vipe your vindows,”
Since the G I Joe cartoon based an entire episode on that joke, no embellishments or interpretations I could add would top that. Frankly, if they’d based the new movie on this story, I would have seen it in the theater and reviewed it already, instead sticking my readers with filler like this.  Not to mention my friend Nick tells it better than I do, anyway.

“To all de non-schvimmers…Tahnk you for flying Lufthansa airlines.”
Joe, my pal, no one could improve on your version.  We can only try to recreate it.
(Similarly, "SUPPLIES!" will remain cemented in Uncle Sal's version.)

“No, but his face rings a bell.”/”No, but he’s a dead ringer for his brother.”
The Quasimodo joke has a great double punch line, but after my Dad’s both legendary and disastrous attempt to tell it one night was simultaneously unsuccessful and infinitely more hysterical than any straight version anyone could manage, that joke has been retired.
And, of course, the Green Fly is his.

Email ThisBlogThis!Share to TwitterShare to FacebookShare to Pinterest
Labels: bloggy info, top ten, Up the Lake

I love number 3. Father Dave told me that joke, about 2 minutes before mass started one Sunday night in college. I was still laughing when I had to get up and give out communion.

One that almost made the list was Ben telling me, "I can see your house from up here" on the to mass one day...I think the only time I laughed harder in church was after WATCHMEN's use of "Halleluja" right before Easter season.

I remember Hackett's version of Eddie Murphy's "bear and a rabbit" joke. It was a setup with no punchline, "So two lesbians were *!ing an alligator on a bus..."

OK, first of all Hackett's age and experience means he had a version of any joke well before Murphy.

Second, that was part of one of my favorite routines Hackett did looking for a joke that an audience member who wouldn't swear (Peggy) could tell. Starting with a mild one, then a still safe but suggestive one, and then finally, "OK how about..." the one above referencing the dead alligator on teh bus. The punch line, when the woman screams "NO!" was "Peggy doesn't tell alligator jokes."