George Awards: Heard it One Night on Television, and it Was Cool 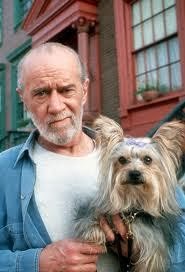 Welcome to the second top ten list for the George Awards, now that the “sons a” set is done, this one is showcasing the many varied intonations and reasons for using “bitch.”

Number 10 on the list was awesome and impressive, but also highly derivative of a more important entry. Therefore Julie Walters nailing Molly Weasley’s intense overprotective mother moment from 2011’s  Harry Potter and the Deathly Hallows Part 2 (Hogwarts Boogaloo) is at the lowest spot.

“Not my daughter you bitch! Avada Kedavra!”

The ever awesome Bruce Campbell continues his multiple George Award appearances at number 9 for a double shot as Ash in Army of Darkness (1992) highlighting uses of the word in a moment of fear when attacked by his now Deadite gal pal, Sheila: 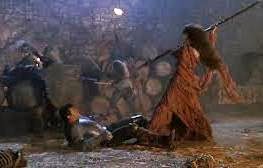 “Oh you crazy bitch get off me.”

And the far more impressive use as a threat against the old hag in the castle: 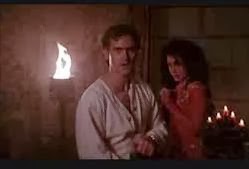 James Bond also makes a second list appearance at number 8.  This time its 007 himself, Daniel Craig in Casino Royale from 2006 showing how the rebooted series was going to be much darker.  His report on the status of Vesper, after learning the woman he loved betrayed him:

“The bitch is dead”

The 7th place George goes to Tim Burton’s wife (who played the bitch in number 10) in his the 2012 reinvention of Dark Shadows. Once again it’s the delivery, by Helena Bonham Carter as Julia Hoffman, that adds the proper bite to the line that answers, “You’re the doctor.” 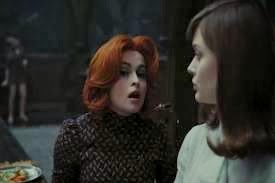 “You’re the nanny.  And, she’s the bitch.
Honey, how do you expect us ladies to advance if you keep reducing us to labels?”

I have to believe the previous George winner was inspired by number 6.  The appropriately named Irene Miracle playing “White Witch” Dana Hadly in the 1989 original Puppet Master gets the spot.  This is a prime case of using the word as a badge of honor instead of an insult: 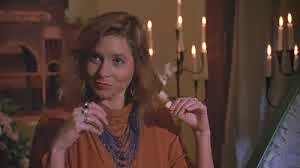 “I’m not a cynic Frank, I like to think of myself as a nasty bitch.”

Next  is a comic book film where I’ve already mentioned profanity is completely appropriate and justified: the adultified world of 2012’s Dredd.  Judge Anderson (Olivia Thirby) demonstrates exactly how badass she is a second time. Considering the first time was psychically interrogating a drug gang member and murderer until he wet himself, that’s saying something.  She was captured and at mercy of the revenge seeking pants wetter.  However she knew what he didn’t. Her Lawgiver pistol was DNA coded.  He attempted to gain a place on the list by asking, “Any last words bitch?”
Her answer, the kick off to him blowing his own arm off, and then her fighting her way solo out of the gang’s lair earned her Number 5.

“That's funny. I was gonna ask you that. Bitch.”

Mel Brooks has his first personally spoken appearance at 4th place in the George Awards for the meeting chaired by the Honorable Governor William J. LaPetomaine in 1974’s Blazing Saddles, a film we will hear much more from.  He could have gotten a spot on an upcoming list for the admonition to the man who failed to give the governor a harrumph, “You watch your ass.”  However that entry was overshadowed by the entertainment value of his lecherous comments to his secretary, Miss Stein.  Shortly after speaking directly to her prominently displayed bosom, he asks her to inform him of the plight detailed in a telegram from the people of Rock Ridge, by saying:

Surprise, yet another honor for a Mel Brooks in 3rd as well.  1981’s History of the World Part I earns another George.  This one is for Béarnaise’s subtle but saucy reply to (Harvey Korman) Count DeMonet’s insinuation about his lack of equipment with, “At least I have them.” 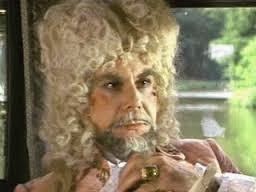 Bonus points for Andreas Voutsinas playing almost the same character (Carmen Ghia) in The Producers and delivering the line as well.

Mel Brooks mastery of profanity will never be in question, but the best “bitchy” use of today’s word from Neil Simon’s confusing yet wonderful Murder by Death (1976) wins 2nd place.  When normally very manly Sam Diamond is revealed to have been picked up in drag by Lionel Twain (Truman Capote), Peter Falk’s near silent delivery of the single word to Eileen Brennan as his secretary, Tess Skeffington, is flawless: 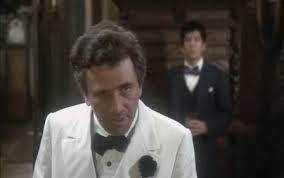 “Bitch.”
I know, not the perfect facial expression he had in the film.
I only have this one on VHS and it's a bitch and a half to get any selected
scene clear enough to photograph.

Finally the number 1 George Award for the most powerful, memorable and entertaining use of “bitch” in a motion needs absolutely no explanation.
1986
Sigourney Weaver as Ellen Ripley
Aliens: 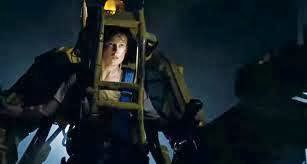 “Get away from her you bitch!”

Come back next week, when it’s time for a few fake fart jokes!
Posted by Jeff McGinley at 2:00 PM