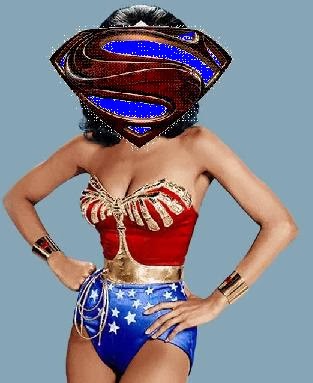 With other Justice League members being added for the sequel to Man of Steel some of my hope began to rekindle.  I actually think Ben Affleck will do a good job, as him, and the rest of the male cast of Daredevil were definitely not the problem.  Even if he doesn’t it’s fun using him to annoy the few comic geeks that are crazier than I am about this stuff.  I figured the Green Lantern levels of box office percentage drop-off after initial weekend success would teach the movie makers some lessons to improve the next outing.

As with any film of this genre, rumors fly with every announcement.  I remember flying off the handle based on a story concerning Lois Lane’s role, or lack thereof in Man of Steel.  This turned out to be completely unfounded, not because it was thoroughly incorrect, but because there were so many OTHER FAR WORSE things to be horrifically upset about in the final film.

Now that Wonder Woman has been cast, rumors are out about the key female in this upcoming film, if not the entire DC universe.

But I have learned from my experience.

I will not fly into an uncontrolled rant based on an unconfirmed report.

I will remain calm, even though it’s been suggested that Amazons in the movie-verse will be descended from Kryptonians that arrived on Earth in the distant past.

I will stay cool, even though it’s a totally stupid idea that turns the most important, individual and self sufficient female character in the DC Universe, nay, all of comics, into -
At Best: a derivative of the male hero
or
At Worst: a cheap knock off of Supergirl.

We’re going to force Daddy to go lay down for a while and rest.
To take his place, here’s a story I wrote last year for school about a desert island.

It has monkeys in it. 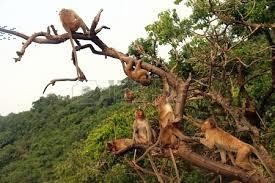 “Smash!” went the sound of my ship banging against dry land. I was stranded on an island with nothing but some food scraps, a fishing pole, and a tackle box. I met some adorable creatures and wondered if there was a way home.

It was a sunny day outside and I was on my boat fishing in the Atlantic. My face lit up when I saw a place to camp for the night. I tried to stop the ship, but it crashed into the soft sand and fell apart into pieces. Wandering through the ruins of my boat, I came across the only things that survived the collision, some scraps of food, a fishing pole, and a tackle box. Taking some twigs and branches, I built myself a hut when I realized it was getting late. When the sun set, I started a warm, cozy fire and fell asleep.

I woke up to find a troop of monkeys crowded around my sack of food. It turns out that I had a banana or two in there and the monkeys found them. We split the food and I walked into the trees. Sure enough, the monkeys followed me. I brought my sack with me so I could collect more food. Later, I found my way back to my hut with twelve fish, five coconuts, and three bunches of bananas. I decided to stay for a while more, since the monkeys were so much fun. When it was time to hit the hay, two of the monkeys fell asleep next to me.

After living like this for two weeks, I had to leave. I took all the parts of my broken vessel in sight and tied them together with the string from my sack and my extra fishing line. Next, I took a huge leaf and tied it on to a branch with a palm leaf. I stuck the “sail” in between two planks that were on the raft. Finally, I realized that I needed oars. To do that, I stuck two long branches into two coconuts. I knew I had been sailing east, so to go home I had to go west. After four days of sailing, I reached the beach where I first set sail and went to greet my family.

I had crashed onto an island, but I managed to survive with monkeys on my tail and little food. I had escaped one day after two weeks of living in a hut just big enough for one person, two monkeys and a sack. I hope I never crash onto an island again.
Posted by Jeff McGinley at 2:00 PM

What an excellent little story. Gilligan's Island for teenage girls or rather preteens. A good adventure with cute monkeys is always entertaining. Seems Anabelle has her Father's talent for story telling. Not to mention making her Grandmother very VERY proud. Great Job, my sweet.
One last thing the rant couldn't be empathetic enough. Ruining Wonder Women is so sad. I like Supergirl but there is no comparison to Wonder Women. She is in a class all by herself.

Longbow: That's exactly what I said.

Anabelle, thanx for taking over and being awesome.

Mom, thanx for reading and support as always.

Everyone else: Now you can, once again, see where I get it from, and where it's going.

Great story..Anabelle!
I say you become a regular:)

Good idea, maybe I'd get to sleep once in a while?

Ha Ha. Thanks for saving the Day, Anabelle from your Dad's rants.

For all the little insanities kids can cause, often they bring some back.

Anabelle,that was awesome. I think you are ready to give your dad a rest and take over!! You have an amazing talent.

Thanx for reading, and the compliments. Only three years in, and I'm already grooming her for my retirement!

My dear Jeffrey,
I think your Anabelle has inherited your talent for story telling. She may even take over your Blog if your not careful.
Great job Anabelle
xo Helen

You people have all found my secret plan to not have to keep pumping out these things every week. Thanx much for all the thoughts and compliments, it let Anabelle get a nice lift before bedtime.

Anabelle how old are you? I think you write like a college student. I loved your whole story. Kind of reminded me of the movie with Tom Hanks called "Castaway." I especially like the part when the monkeys fell asleep next to you. It made me think of the monkey I sleep next to every night. Her name is...Joyce! Just kidding! Maybe you should start your own creative writing blog. In the mean time I'll be looking forward to more of you relieving your Dad. God Bless you.
Sincerely,
Cousin Michael

Anabelle I loved your story! You are an impressive writer! And I loved that your story gave your dad time to cool down from his superhero concerns :) Well done!!

Thank you everyone who liked my story. Daddy helped me make it better. Thank you grandma for liking it and going on daddy's blog to see it. I am glad you all enjoyed my story and commented too.

Thanx again to everyone who read and commented, and most especially to Anabelle for writing the story.

Just to clarify: "make it better" meant I proofread it and pointed out a couple spots to improve grammar and mechanics, the ideas were all hers.

Somehow I missed this one the first time round.... Anabelle AWESOME story!!!!

And art least they fixed Wonder Woman for her own movie.

Yeah, after the other DC films it was a pleasant surprise. The fixing thread carried into Justice League. They still have a ways to go, but its a start.

Thanx for reading and commenting. it was definitely a fun story, because:
"Monkeys! Yay!"