Welcome to the next installment of the seemingly endless George Awards.  The previous awards were focused on farts, this week, it’s their source.  Yes, it’s time to recognize the most entertaining uses of the word “ass” in a motion picture.  Another low weight word, “Ass” deserves recognition for having even more possible varied connotations and uses than “bitch.”

Yes, this word is near and dear to my heart, mostly because the nickname my  family bestowed up on me for many years was "smart-ass."

Compound words are also included with these awards, as well as bonuses and ties, because separating them out into extra posts would have been a giant pain in the ass.

Today’s list will start off with an honorable mention.  Neither of these are quite George Award worthy but the two-fer is a nice demonstration.  Both lines are by Jeff Goldblum’s character of Jack Harrison from 1985’s Transylvania 6-5000.

I did mention I’m going to over award my favorite films on these lists, right?

In two instances of berating Gil (Ed Begley Jr.), Goldblum’s delivery and intonation earns this nod one by using the word both figuratively: 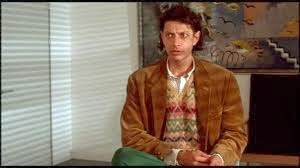 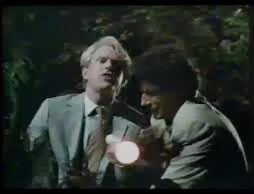 “You shined the light right on his ass.”

The list proper starts off with the opening of (surprise) one of my favorite comedies.  Frank Welker’s introductory narration of 1981’s Zorro the Gay Blade sums up the dichotomy of how those who fight for the common people are seen by the oppressed and the oppressors: 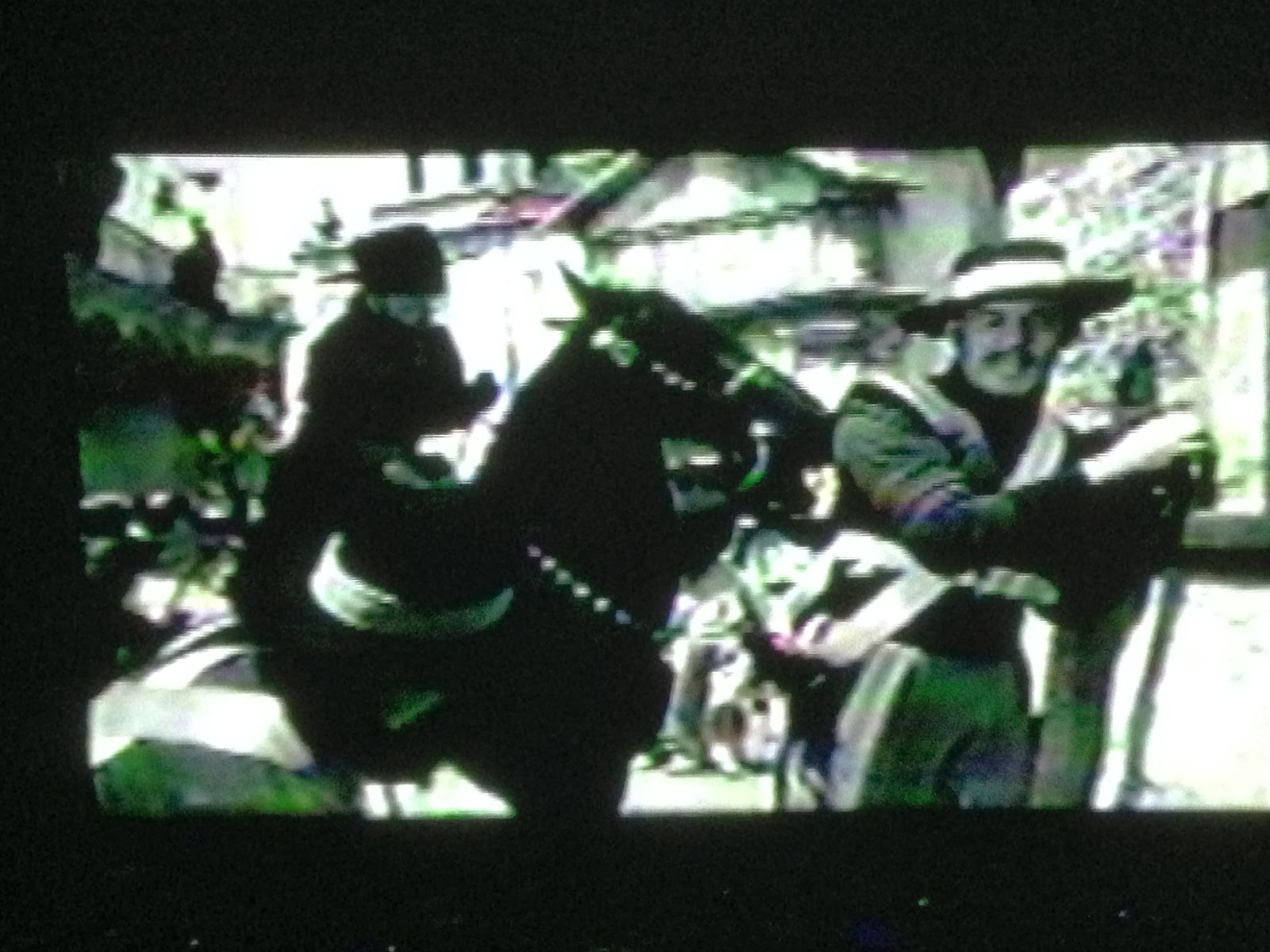 “In the early part of the 18th century, the peasants of old California were oppressed by tyrannical land owners. To protect the poor and downtrodden people, there emerged a mysterious swordsman, who pledged his life in the service of justice. To the people, he was a great hero who would live forever in their hearts.
To the land owners, however, he was a real pain in the ass.”

Another film close to my heart, 1985’s Mystery Men, comes in 9th place.  Amazingly, considering the whole point of this list, and the actor and film cited, this one is almost a tear jerker.  Paul Ruben’s The Spleen takes a second George and a bullet in his weapon of choice dashing across the room.  His panicked and pathetic cries pulled at the heartstrings of the viewer, as he called out: 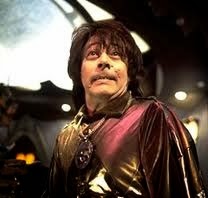 Arnold Schwarzenegger returns to the Georges and gets the number 8 spot, as part of Carl Hauser’s instruction video to himself in 1990’s Total Recall.  This one’s all about delivery, and Arnold’s accent somehow infused this phrase with both gravity, and comedy: 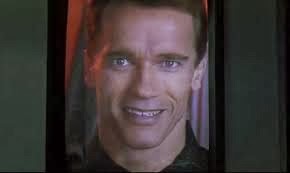 Bubba Ho Tep from 2002 has more than its fair share of great profanity, much of it delivered by multi George Award winner Bruce Campbell.  7th place, however, goes to respected actor Ossie Davis, for the sheer insanity of the situation of this line – spoken by a John F. Kennedy who was kidnapped after being shot, had his brain filled with sand and his skin dyed black, about a Egyptian mummy in a cowboy outfit: 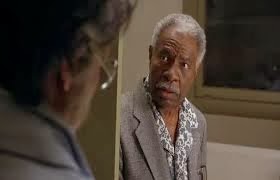 “He had me on the floor and had his mouth over my asshole!”

Number 6 is Disney’s first entry into the verbal George Awards: 1940’s Pinocchio.  The Pleasure Island scene may be the darkest and most horrifying the studio has ever produced.  The mixed metaphor in question was delivered by the equally terrifying, demonic, totally unpunished Coachman (Charles Judels), and is pretty close to a hundred percent accurate: 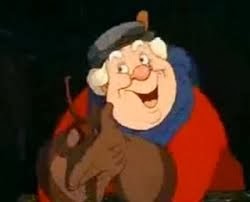 “Give a bad boy enough rope, and he'll soon make a jackass of himself.”

The crew of Assholes in Spaceballs felt forced. (Although "Why didn't anyone tell me my ass was this big?" showed promise.)  Mel Brooks does make this list, however,. 1974’s Blazing Saddles gains another honor in 5th place.  The use of this word in that film would normally go completely unnoticed surrounded as it was by more powerful words.  However, the climax of the letter to the governor, written and read by Carol Arthur (Mrs. Dom Deluise) as the prim and proper schoolmarm Harriet Johnson, makes one sit up and notice: 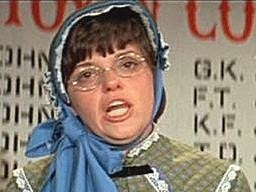 “The fact that you have sent him here just goes to
prove that you are the leading asshole in the state!”

Kevin Klein’s Otto from 1988’s A Fish Called Wanda, another returning winner, was one of the inspirations for this specific list, and is at number 4. His repeated use of a single word, addressed to residents of England driving on the “wrong side of the road” helped solidify his example of American uses of profanity and methods of fitting in when travelling.

The top 3 starts with an unlikely film, considering I don’t think there should be profanity in it:  2009’s Star Trek reboot.  Having said that, Simon Pegg’s perfect reply to Kirk commanding,  “Get out of there, Scotty!” made me laugh hard enough to almost miss the final victory of the Enterprise over the Narada:

“You bet your ass! Captain.”

Number 2 is another flawless delivery by a professional.  Bruno Kirby as Ed Furillo in 1991’s City Slickers tried to explain the difference between flirting and casual conversation.  His buddy Mitch (Billy Crystal) claimed to be saying, “Have a pleasant and restful evening.”  Ed gently corrected him: 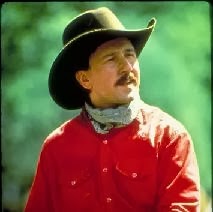 Snagging the coveted 1st place George for the use of “ass” in a film is Jaws from 1975.  The line in Steven Speilberg’s introduction of the summer blockbuster to the world was spoken by Richard Dreyfuss as marine biologist Matt Hooper.  Chief Brody (Roy Scheider) gets off a good one at Matt’s expense later on when asked to be a reference in a photo saying, “Foreground My Ass.”  However, the award must go to Dreyfuss, in his rebuke to Mayor Vaughn (Murray Hamilton) demonstrating the true value of profanity.  There is no socially acceptable word that could be used in his verbal attack on the mayor that would as strongly and correctly convey his utter contempt, distaste and disdain for the man burying his head in the sand due to valuing money over public safety: 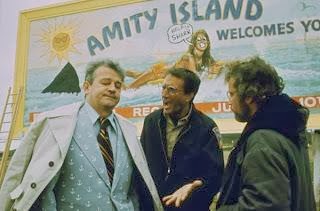 “I think that I am familiar with the fact that you are going to ignore this particular problem
until it swims up and BITES YOU ON THE ASS!”

Above and beyond number one, there are Super Deluxue Grand Prize “Ass” George Awards, because they are the reason this lower weight profanity rated its own list at all.  This special rating is shared by lines from two different films.  Both are above number 1 because I quote them both regularly, regardless of the context, and once I remembered them, I forced myself to come up with enough to make a full list in this category (and then some).  Luckily, they are split between literal and figurative.

The literal winner was spoken by Eddie Murphy as Chandler Jarrell in 1986’s The Golden Child.  This is definitely a family favorite film and the only reason it doesn’t appear on more lists is likely because I haven’t watched it in a while.  It’s terrifying to think how dull it would have been if made as originally intended with Mel Gibson as a straight action picture.  Luckily, Mr. Murphy was cast allowing him to poke fun at the inanities of the genre he was living through and the directions he had to follow to gain the sacred Ajanti Dagger.  His initial musical request for it was so awesome, everyone in my family asks for that silverware item to be passed by singing,
“Can I have the kniiiiiife….pleaaaaaase.”

The winning quote came a little later in the film: 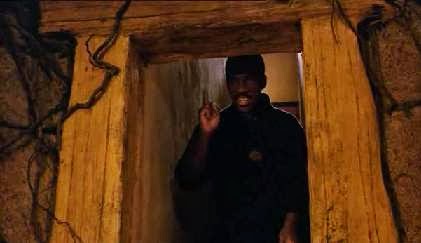 “Only a man whose heart is pure can wield the knife,
and only a man whose ass is narrow can get down these steps.
And if mine is such an ass, then I shall have it.”

The Super Deluxe George award for figurative use of “ass” comes from a returning film, is equally quoted in my life, and I also have it on a t-shirt. (Thanx, Kim!)  This immortal line by Nada (a literal Man with No Name) from 1988’s They Live brings the John Carpenter directed, sunglasses wearing Rowdy Roddy Piper back to the winner’s circle: 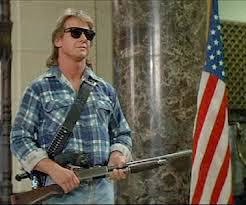 “I have come here to chew bubblegum,
and kick ass…
and I’m all out of bubble gum.”

There's no way to follow that one, making the end of this weeks tributes.


Thanx for joining in again folks. Come back next time, as the awards reach their final four-letter friend, and we have the Special Awards for “shit.”
Posted by Jeff McGinley at 2:00 PM