It’s time to bring back the George Awards! 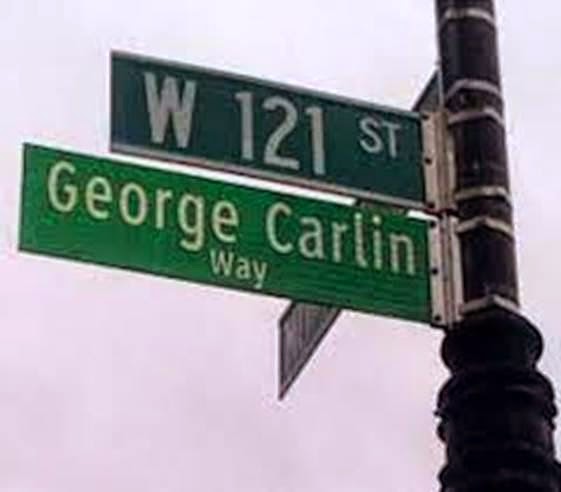 The reason for this momentous return is last month New York City honored its native son by naming the street in Morningside Heights next to the perfect location for it after him.

The reason it’s “next to,” instead of “at” is because Corpus Christi Church and School gave their former parishioner and student the finger, by refusing to allow the city to name the street they are on after him.

Probably in repayment for all the times he verbally flipped them off through his routines.

To honor this moment, we’re going to present the top ten uses of “The Finger” in motion pictures.  This gesture is far more important than uptight individuals may believe.
.

Thanks to the borderline insane methods of the MPAA, films can be cowed into removing any and all traces of a desperately needed “Fuck You” from the script.

However, with the use of “The Finger” the required tone and emotion of a needed insult can be maintained despite the “boredom through sanitation” methods of the censors.

As far as the use of the delightful digit, a recent film only merits an Honorable Mention.  This is due to the trailer of 2014’s Guardians of the Galaxy censored version of the Flipping the Bird in the Line Up scene was far funnier than the unscrambled scene in the movie itself.

But, besides being independently awesome, Guardians also merits a special George Award for a Hat Trick use of the word Shit in the Marvel Universe, where all three occurrences were justified, hysterical and devistatingly correct.

When discovering Gamora (Zoe Saldana’s) contact will be paying multiple orders of magnitude above any other price or bounty mentioned in the film so far, his reaction to “Four Billion Units” is expected and justified. 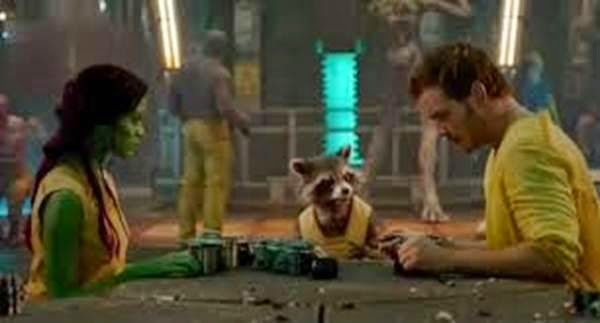 It is his later use that is more award worthy, though.
Using one of Mr. Carlin’s traditional seven words to be uplifting, motivating and inspiring is the highest of artistic levels.

Starlord: “When I look around, you know what I see? Losers.”
“I mean like, folks who have lost stuff.
And we have, man, we have, all of us.
Homes, and our families, normal lives.
And you think life takes more than it gives, but not today.
Today it's giving us something. It is giving us a chance.”

Rocket “To do what?”

Starlord: “To give a shit.
And I am not gonna stand by and watch
as billions of lives are being wiped out.”

The third is said by a cyborgized, heavily armed, space Raccoon (played by Bradley Cooper) to a huge psychotic alien warrior. (Dave Bautista as Drax the Destroyer)
No other explanation is needed. 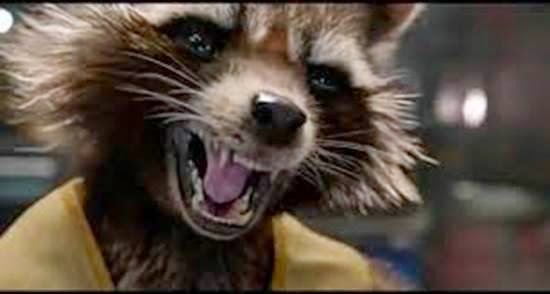 Next up are two citations for artificial fingers.  The offending extenders in these cases are not actual digits, but metallic extras in the proper location.

The first of these goes to an indestructible adamantium finger. Hugh Jackman, in 2000's X-men, spikes the center most of Wolverine’s claws to show the metal detector exactly what he thought of it. 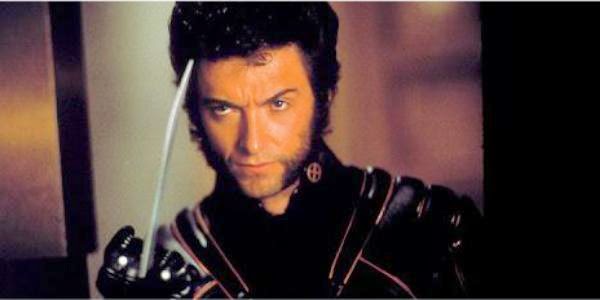 The second metallic digit is a much more direct and imposing one, likely leading to poor Cecil shitting himself.

1987 – Robocop (Peter Weller) shows his data spike does not care to stand on ceremony. 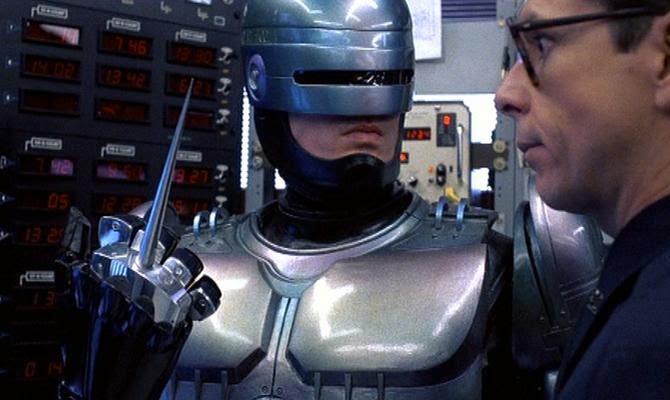 One last honoree in this pre show:

A Behind the Scenes George Award!

Once the studio's cameras stop rolling, however:

The man flips off every single piece of photographic equipment he sees.

The George Awards salute you with a Lifetime Achievement Mr. Freeman for your constant and entertaining visual “fuck you”s.