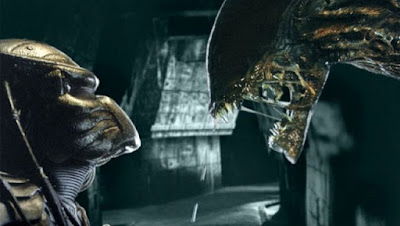 This is a film that has grown on me over time.  I was underwhelmed on my initial 2004 theatrical viewing (a week after it opened) but appreciate it more now.

Part of that comes from seeing it the first time as mostly a Predator fan, but getting more into the Alien franchise since then.

The Yautjas really got hosed in this one.

Note the initial name of the video games and comic books:
“Aliens Vs. Predator”

The whole point of Aliens is they’re the hive minded swarm that overwhelms. Having one Xenomorph take out multiple Yautja was plain silly.

"Plain sily" happened a lot in this movie.

Using a penguin jump scare instead of a cat springs to mind.

I think the funniest line in the film came from my sister, when one of the intrepid team consulted their super GPS watch to proclaim they were directly under the room they started in.
Kim then chimed in, “I know, because there’s the flashlight you dropped in the last scene!”

Trying to make something inspired by Lovercraft's The Mountains of Madness featuring creatures from these two gore filled franchises PG-13 was also a big “plain silly” but 2004 was the middle of the period trying to make a bunch of these violent franchises more “Family Accessible” by toning them down.

The big reason this film moved up in my estimation is the openness of Alec Gillis and Tom Woodruff Jr. of Amalgamated Dynamics.  They are THE  Alien Effects guys, breaking off on their own from Stan Winston after Aliens , then working on the following two sequels, and both Alien Vs. Predator films.  Tom’s been an Alien more than anyone else.  Their interviews are all over the Blu Ray Quadrilogy boxed set, Alien: The Archive - the giant coffee table book about the franchise- plus commentaries and featurettes on the AvP films and a separate book for each of them. (Books they plug endlessly, and hysterically, in the commentaries.) I'm sure this information will help steer the “little me"s of today interested in practical special effects.

The tales they spin are eye opening about the creative process, and in some cases rival the films' scripts for drama and entertainment.  Accidentally blowing the queen Alien's teeth into the piles of fake ice shards, and travelling through customs in the Czech Republic with the required ingredients for volumes of Predator blood (cases of glow sticks and oil barrels full of KY Jelly) spring to mind. 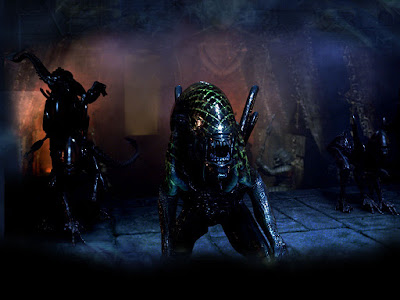 The information those two guys provided made me view this more as an Alien film, and it works well as that.  “Grid Alien” is one of the first Xenomorphs that really stands out with an individual personality and actions. 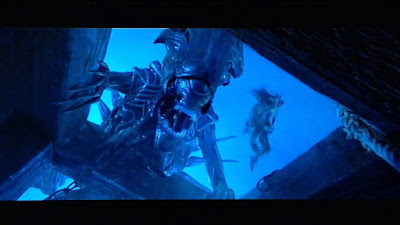 It’s also the only other time there a giant rampaging Alien Queen scene on film.
(Resurrection had one, but it didn't rampage much.) 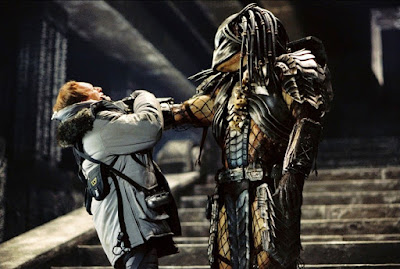 Lance Henriksen playing “Charles Bishop Weyland,” the human basis for the Bishop android is a great nod to the franchise as well.  The cast isn’t as awesome as a standard Predator or Alien film, but they’re a good bunch with a mix of those the audience is sad to see, and glad to see wiped out by the warring extraterrestrials.  Sanaa Lathan as Lex follows the leads of Ellen Ripley, and Machiko Noguchi admirably. 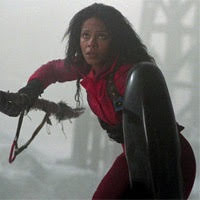 It is critical to get the “unrated cut” for this movie.  Getting to see the full chestburster scene is nice, but not the key reason. Actually there isn’t much more added action and gore, since it was always foolishly conceived as PG-13.  The reason that cut is key is for a single line of dialogue identifying the Yautja as teenagers on their first hunt.

Frankly, that is the only justification for how badly they fare against the Xenomorphs.  Overall, the shifting wall traps were cool and added suspense, but it made it much more of a humans versus creatures film than Aliens versus Predators.

On the Predator Positive side, the flashback to the pyramid top battle was simply epic, and I think we all wish the entire movie was more like that.

Some of the one on one Yautja-Xenomorph battles pitting the power and technology of one against the natural weapons of the other were pretty awesome as well.

The bonding of Lex and Scar was a great call back to the classic comic stories, and the final team up against the queen was insane.

The key problems on the Predator side all came from inexperience.

Ian Whyte did admirably for his initial turn in the suit, but as the first actor after Kevin Peter Hall, it was an incredibly tough act to follow. Being in direct comparison to a natural looking Tom Woodruff Jr. Alien didn’t help. 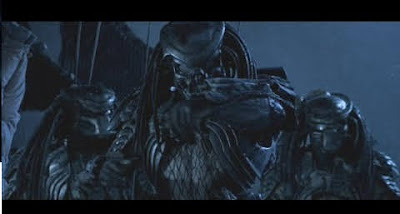 Due to shooting schedules and location, Ian was the only “big guy” available for the Yautja, the others in group shots used forced perspective which dimmed the awesomeness a bit.

Finally, was the inexplicable idea that since Scar was helping Lex it somehow made him the “Romantic Lead.” The normally spot on instincts of the Amalgamated Dynamics guys faltered and led them to modify the Predator mouth, eyes and hair to make him more human and attractive looking.

A good rule of thumb is to scrap any idea that involves the notion, “We should change Stan Winston’s awesomely scary monster design to make it look more like Fabio.” 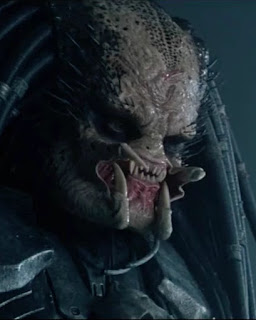 Come Back Next week for the “Requiem” follow up