The Thrill of the Hunt or… 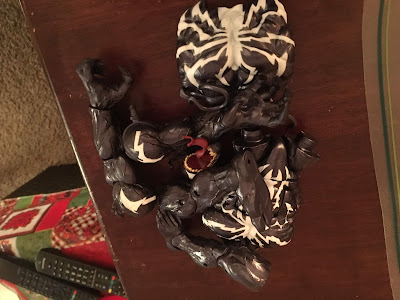 My action figure addiction, like any addiction, expands as a result of stress.

To say the end of last year was excessively stressful is an understatement similar to proposing a one legged elephant would have a slight problem scaling Hoover Dam.

An example:  We had a small appliance break that wouldn’t fit in our garbage can.  My mother’s service will take larger items without notification. I drove it to her house, went in to ask how I should leave it, and have a vivid memory of coming back outside, opening my hatchback, hefting it to the ground and placing it next to the garbage can.

The next day I carried a box of stuff out of the office I had been on loan to for a year…since 2014. (This is a possible source of the stress.)  When I opened my trunk to put the box in-
THERE WAS THE BAG WITH THE APPLIANCE!

I dropped the office box and screamed.

It was like “Talky Tina” meets “Stephen King’s The Mangler.”

Two days later when I went to re-drop it off, I had my niece eyewitness it and documented it photographically. 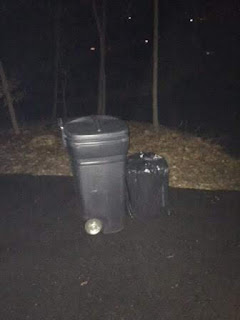 If the thing reappeared in my trunk again, I was ready to set fire to my car after sacrificing a goat on the hood just to be safe.

Needless to say this state of mind led to a hunt for Marvel figures.

There are two key parts of that statement that need explanations:

The internet has reduced much of the thrill of finding things that is a key portion of a satisfying addiction. 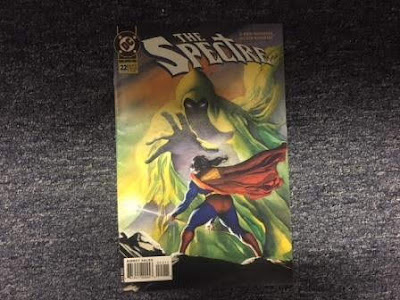 I can clearly remember the joy at stopping at a “new” comic store on a drive somewhere and finally finding The Spectre issue 22 after having it on my handwritten “list of missing issues” in my wallet for about two years.  I can picture seeing that Alex Ross cover when I pulled it out of the box, and still remember the story contrasting the high power levels of the Spectre and Superman with the differences in their personal consciences. 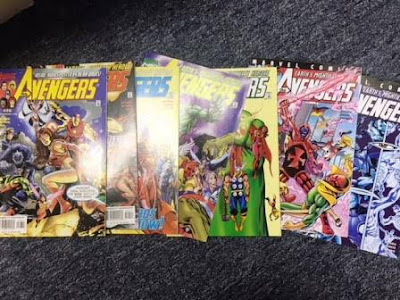 Much more recently, I noticed there was a space in the issues covered by my Buseik Avengers trades.  The missing ones were drawn by Alan Davis, one of my favorite artists.  I typed in the issue list on eBay, and was reading them the next week.  Despite being a huge fan for the creative team, I have no clear memories on what the stories were about, or which heroes participated.

For a more action figure based example- back in the dark times before solicits, convention previews and Toy Fair photo shoots, I found a couple of action figures from that summer’s “should have done way better” Mystery Men.  That initiated a quest of random stops at toy shops and department stores all over northern New Jersey to collect what I thought was the whole set.  The adventure yielded some more goofily posed plastic and a sense of accomplishment.

A few years real time, and a vast jump technology wise, later I went from not knowing the figure of “The Bowler” ever existed to

A) Finding out they were made at the end of the run.
B) Locating one online.
C) Having it on its way with priority shipping.

All within thirty minutes.

I was glad to have her, but the Thrill of the Hunt was gone.

That’s why these stress triggered shopping trips tend to be based around car rides.

Yeah, I could pre-order the lot online, but it had gone past the point that it was just about getting the figures. Not to mention I’ve been collecting them a long time and am still bitter about the use of sleazy methods to more than double the price after replacing them with G. I. Joe sized versions and then making a big deal about the return of the six inch line.

This leads me to refuse to buy them when not on sale, and to hunt them down when they are.

Marvel’s movies are definitely better, in general, and we probably buy an equal number of comics from both publishers at this point, now that my daughter has learned to “Follow the Writer” with Kelly Thompson.  However, as evidenced by both emotional reactions, and their logos permanently inked on my arm, I’ve always been more of a DC guy.

The reason Marvel figures play more heavily into my addiction goes back to the Icons versus Characters idea I continue to bring up incessantly, to everyone's chagrin.

Therefore once that main set of DC Icons is taken care of, you’re covered. 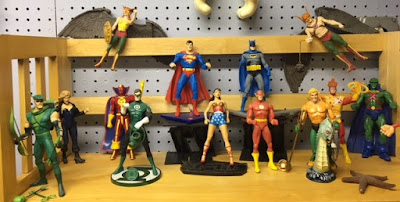 Honestly there are probably several other sub sets as well. 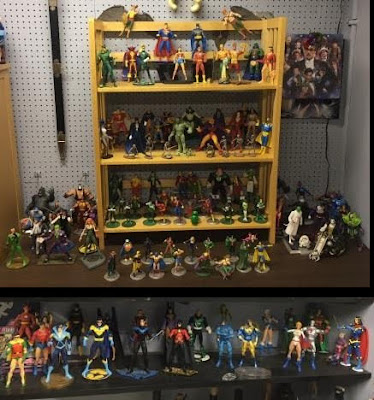 The point is- it's nowhere near the naturalness of Marvel characters massing in groups. 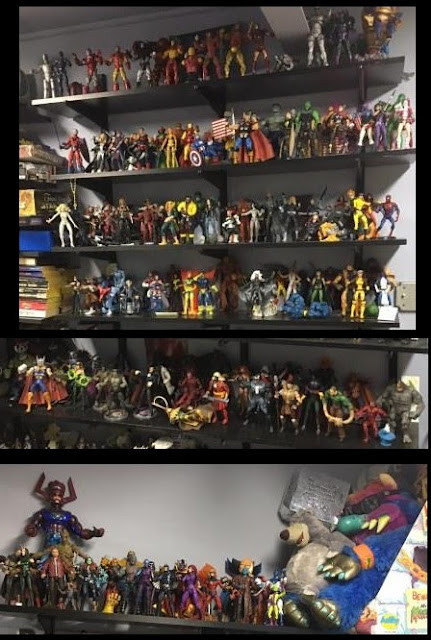 There are two last important bits of background: 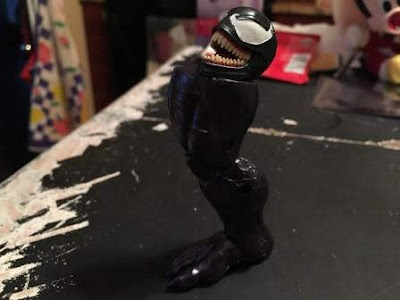 The first is the idea of build a figures.  When a set (called a wave) of action figures is released, as an enticement to buy all of them, each comes with one part of another figure that can be assembled.  When this first started back in 2005 the figures were massive.  I'm talking Galactus massive. 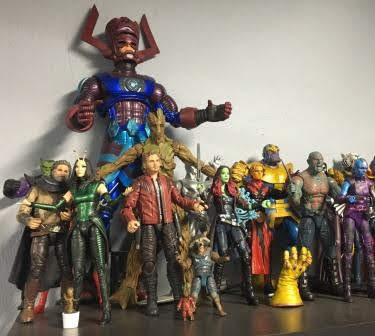 The continual plastic penny pinching has led to recent ones being normal, or even undersized figures, like Mantis.  The most impressive ones currently hover around the height and build of what used to be normal priced, but oversize figures.  Sasquatch, Juggernaut and Hulkbuster Armor are three figures I got single packed that have since been brought back to retail in pieces, so to speak.

The other bit of background ties in with that, and illustrates there are people whose Action Figure based insanity dwarfs even my own, much in the same way that Galactus figure dwarfs Mantis.

Toys usually enter this country via ships from Asia, and then travel across the continent from California on trucks. The result of this delayed release pattern is:  by the time the wave reaches my eastern coast, the scalpers know what the “hot” figures are.  The fact that employees of local department stores have been seen selling unopened action figures in nearby flea markets does not add any happy thrills to the hunt.  It reached a point where I was finding figures in every oversized retail outlet in the area with razor blade slits in them, and the build a figure parts removed.

Sadly we live in a bizarre enough world where there is an action figure body part black market.

Considering the insane mass of my collection, it is a rare event where I’ll “need” (there’s that word again) an entire wave.  We contribute to the bizarreness of the world by holding on to the packaging and build a figure parts for a while, then auctioning them in groups to offset the “investment.” (again, very loose word use)  Rosa’s better at photographing and presenting them than I am.  We all have our own stress relieving addictions.

With the stage set- this little stress and addiction fueled hunt began simply and slowly, as all obsessions do, with a single missing piece.

Click to continue next week.
Posted by Jeff McGinley at 2:00 PM