Coraline Through a Kid’s Eyes When my daughter was about six, she already had a huge collection of Nightmare Before Christmas stuff.  The horror genes were there but not switched on yet. She rarely watched the film and got nervous when she did, “because stop motion is creepy.”  However, some cousins did not know this, and recommended if she liked Nightmare she’d like Coraline.

The second lack of communication problem in this brewing fiasco was that one cousin hadn’t seen Coraline, she only knew it was stop motion, and had the same director (Henry Selick) as Nightmare.

Being familiar with Sandman specifically and Neil Gaiman in general. I was a little leery of this idea.  I believe in movies becoming a part of one’s life when you like them, and was expecting to do research to see if it was worth entering it into our collection, and earning it a place in our unconscious.

My wife, having more of a sane person’s approach to films, took it out of the library to see if we’d like it.

Important lesson here-  Stop motion is a medium not a genre.  With writers that have as distinctive styles as Tim Burton and Neil Gaiman, having the same director didn't really enter into the equation.  And comparing based purely on stop motion would be like saying, "You hate Nightmare Before Christmas,  so you probably won't enjoy Year Without a Santa Claus."

Things went pretty smoothly at the start.  The film started bright and fun. Coraline finding a path to a mirror world with a button eyed, more attentive version of her mother, and fun recreations of family and neighbors was a standard fairy tale beginning.

Here’s the problem though.  It is a standard fairy tale beginning for anyone who understands the basic conventions of fairy tales.

This group does not include six year olds that don’t have enough experience to follow the ideas of tropes, standard plot devices and frequently used twists.  When the Other Mother turned out to be horrifying and evil, and all her previously fun associates turned into twisted and terrifying versions of themselves, Anabelle was caught completely off guard. 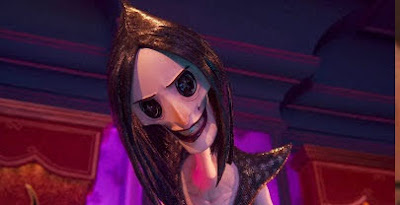 She ended up as a trembling ball on the couch.  I couldn’t shut it off in the middle, because that leaves the child in danger and the evil on the loose forever.  It was kind of terrifying for me at one moment as well.  When Coraline briefly escaped, but found her parents gone and had to return to the other world to rescue them, Anabelle was screaming at the TV to leave the parents to their fate and lock the door.

Nice to know where I’d stand in that kind of situation.

She made it to the end, but even after being slightly calmed by the finish was rattled enough to be nauseous, awake and slightly feverish throughout the night. She stayed home from school the next day and recovered.

As time passed, we saw ads for other films made by Laika and were intrigued.  Paranorman looked fun to both of us.  Boxtrolls caught her interest immediately, and I thought Kubo and the Two Strings looked gorgeous and interesting. However, once she’d learn they were made by the “Coraline People” all bets were off.

Some years later, the horror genes finally switched on. She would occasionally mention that she might enjoy Coraline after this transition.  After watching her race through the entire Sandman comic series, and since I was captivated by Kubo on Netflix while exercising, I encouraged this idea.

She watched it again streaming, and it became one of her favorite films. She owns and has read and enjoyed the novel, and has added multiple Coraline themed items to her wardrobe, several dragonflies to her room and wants to play the card/board game regularly.  The game is another bit of rare quality: a cooperative board game that is extremely captivating and suspenseful. 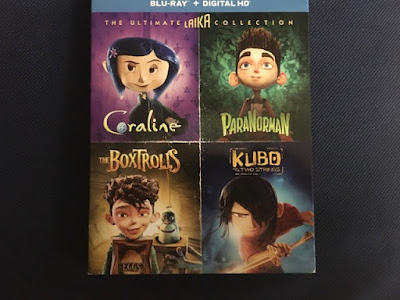 During the build up to this moment, that I could predict using my Horror Sense, I switched the four film Laika Blu Ray set from my wish list to being a gift to Anabelle from Grandma.

We’ve watched them multiple times, always by Anabelle’s selection. Plus there have been a couple of extra Coraline’s while traveling.

Each film is amazing, and different from the others. I think part of the reason they grab us so much is, with stop motion, every single element of the film has to be hand crafted.  Therefore, even more than usual for a movie, each component or element was created by an artist to elicit a specific emotional response.  The voice casts of each film are amazing and bring huge levels of reality to the stories.  Because of everything that goes into them the behind the scenes documentaries and commentaries are even more interesting than usual. (Which for me is quite a bit.)  Travis Knight talked about one of the driving forces behind the studio of being how little respect he had for the films being aimed at his children.  They certainly raised the bar.

The original four all have horror and comedy elements in them…my personal favorite blend.  They’re evenly split between, “Humans are the real monsters,” and “Monsters are real!!!! And horrifying!!!! AAAAAH!”

As stated, Coraline is one of the latter.  It’s a classic western fairy tale in a modern setting. There’s fun parts, there’s some They Might Be Giants music…and it’s absolutely terrifying. 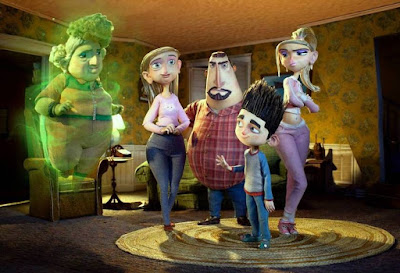 Paranorman is the most direct horror/ comedy.  A zombie and witch story featuring many elements of classic horror, and turning about half of them on their heads.  It is frequently completely silly, yet descends into some truly dark places. 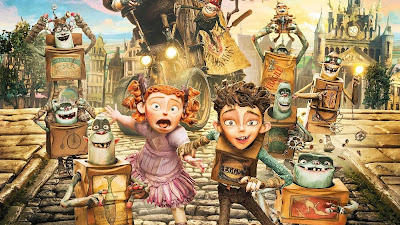 Boxtrolls amplifies both the silly and the darkness.  The trailers made it seem like a classic fantasy setting world, with a trite story.  But the levels of what a truly weird and bizarre one of those worlds and stories it is comes through instantly in the picture itself.  Many of the ideas that usually accompany those kinds of worlds get reversed or switched around. And there is an extremely funny, yet occasionally heartbreaking made up language. 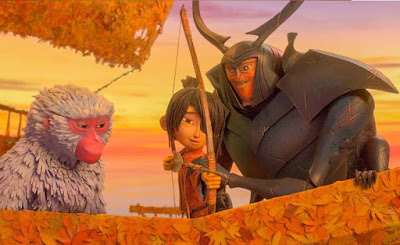 Lastly, Kubo And the Two Strings is an original Japanese style fairy tale. It demonstrates why Tokyo Disneyland’s Haunted Mansion is in Fantasyland.  There are ultimately creepy supernatural foes…facing off against two animal spirit guides, one snarky, and the other in the Buzz Lightyear mold.

The protagonists of all four films are eleven years old.  However, the films tend to move away from the classic Fairy Tale idea of parental death. (Except Kubo…sheesh. And even that has more of a “next chapter” than “ending” feel to it.)  Instead they use what may be a scarier concept for both adults and kids. Parents who are unable to help their kids completely vanquish the “monsters.”  The kids are strong enough to do it on their own, with only some help here and there…  JELLY! 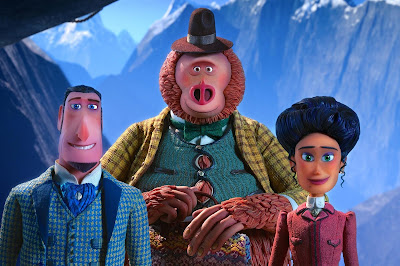 We felt like the most recent Laika film, The Missing Link broke the mold when we first saw it.  The main character is not a kid, and it’s much more of a fantasy adventure than horror story.  It’s still gorgeous, emotionally engaging, and filled with the important things of life....kind of like a  mix of Indiana Jones and Disney's completely underrated Atlantis.

On later rewatchings we realized that Mr. Link acts an awful lot like and eleven year old, other characters become his surrogate family, and there are some personally psychological horrors.  It is in line with the other films, yet in subtle ways.

And its still gorgeous!

Our whole family can’t wait to see what they do next.  Rumor is the genre shift will continue all over the place, while maintaining the quality.

To fill the time while waiting for the next one, Anabelle painted this. 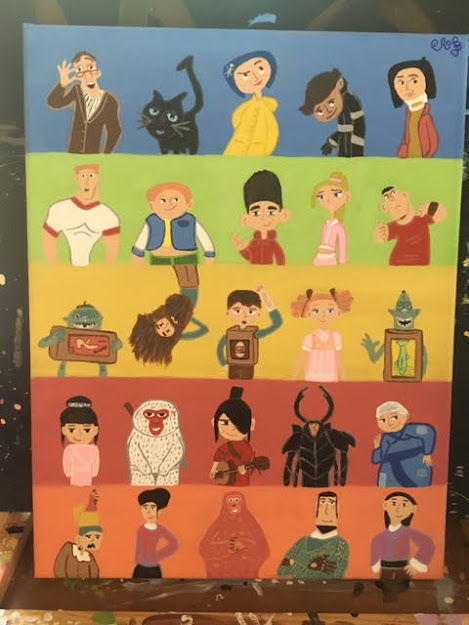 An impressive far cry from the terrified ball on the couch, no?
Posted by Jeff McGinley at 2:00 PM