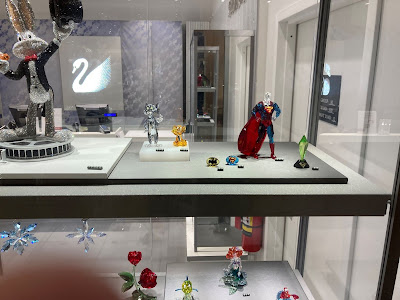 Friday July 10
We Leave Without Seeing Any Horseshoe Crabs
Aside- The opening picture has nothing to do with the story. I just thought t was cool.
On our last day of our first, real (if short) vacation in ages,
We leapt out of bed early to savor the ocean side fun.
We slept late and got up marginally less slowly than usual.
Rosa went alone for some final peaceful beach time.
Instead of being interrupted by whining family members, she was interrupted by more beach flies and people driving four wheelers around.  The miniscule amount of lifeguards restricted water entry to a few tiny spaces.
Anabelle’s newly discovered gambling addiction was rising.  All the fliers, room information and websites said the Family Fun Arcade opened at ten AM.
It opened at eleven.
Surprise.
We wandered around the outer area, with Anabelle practicing various balancing feats on the rug patterns.She played some more SpongeBob coin roll, and a rediscovery of her ball drop timing netted her two more plastic unicorns to complete the set. Sadly, her Ninja collection ended up incomplete by a single figure. 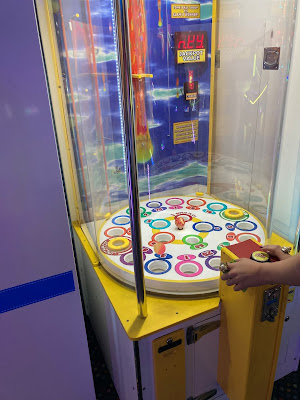 The cool and groovy people working the desk the night before substantially rounded up her ticket total.  Contrarywise, the grouchy woman this morning was clearly unhappy being tasked with opening the place alone, and would not round up the two tickets needed, or let me purchase them straight out to get her final ninja.
Well, poop.We met up with Rosa back in the room. I noticed something on this non-room service stay.  There were two rolls of toilet paper set up in the bathroom.  They were set up one each with the roll facing forwards and backwards. This allowed everyone to be happy, even monsters who think the roll should be hung backwards. 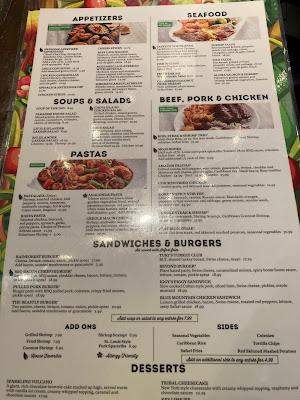 We decided on our traditional last day lunch at the Rainforest Café, forgetting:
A) It was Saturday
B) There was a plague
The Rainforest had an hour wait.
Fortunately, here in the future, we didn’t have to wait in the restaurant lobby.  They took Rosa’s cell number and we returned to the pier mall.    It was even more closed than we thought, the stroll we took upstairs revealing only a single going out of business jewelry store.
See what happens when the toy, book and record stores are all replaced by snooty clothing and jewelry franchises?
Back down in B-Iconic, the clerk recognized Anabelle and brought her out a gallon Ziploc bag filled with oversized gaudy rings. He explained it was the last shipment from China for a while.
Anabelle dug through the giant’s lunch bag of shininess, and chose what she said she imagined the angel’s true form in the Wrinkle in Time series looked like, and a rhinestone gorilla for her thumb named Herman.
(The gorilla’s name was Herman, not her thumb. I don’t know what she named her thumb.)Rosa picked up a purse, and a rose headband. We were paying just as the text for our table came in.  Rosa had gluten free pasta (I refuse to call that "macaroni.") for lunch and Anabelle and I had…
Whatever we usually have there. The food is the same in all those kind of places anyway.
It is basically Applebee’s with carribean spices and Animatronic Animals.
Before we left, back at the Trop, I picked up the traditional box of taffy for work. Rosa learned both the taffy and the macaroons (not the Ladybug ones, the other ones) were gluten free as well, finally getting her own snack bag for a drive.
I ate my pretzels, jellybeans and nuts, and downed several Mountain Dews to keep us from careening into the parkway median. Anabelle was plugged into a Villanova information session for most of the trip.
The journey was made more festive by occasional rainstorms out of a completely empty blue sky.
A couple weeks before the vacation, we had gone to the church on Sunday afternoon that we knew had late Saturday masses, and saw a sign stating mass was held outside in the cemetery. Since we didn’t know where that was, it was back to virtual holiness that week.
It turned out that was a regular thing, both Sunday afternoons and late Saturday nights.  Somewhat creepy, but kudos to them for using the only available outdoor space they owned to promote safe distancing.
Since we knew we’d be in no shape to get up the next morning, and a young couple were talking in a manner indicating they knew where the cemetery was, we followed them.
They did not know where it was.
They knew the name of it.
Shortly before we all gave up we realized we knew where it was.
It was a heck of a hike!
We finally found it- “The Fun Cemetery”
(It’s across from a park we walk in sometimes, and one day, disturbingly, had “Happy” by Pharrell Williams blasting out of the gates for no reason we ever ascertained.)
The legally required minimum of Mass finished, and we hurried back to the car to go home unpack and pass out.
We did not stay for the after mass refreshments, because….
Eeeeeuuuuurrrrggghhhhh.
Thank you to Anabelle for the abstract concept of the titles of the posts for this trip.
Click For Index
Posted by Jeff McGinley at 11:00 AM

Pandemic-Mass in a cemetery that once played "Happy".

Yeah. We live in interesting times.

I feel I had some Rainforest synchronocity today. Earlier...Jack had sent us a photo of him and his friends at Rainforest Cafe.


"interesting" yeah, that's a word for it.