You Never Forget Your First Time

The first time has a magic to each moment that stays with you for your entire life: 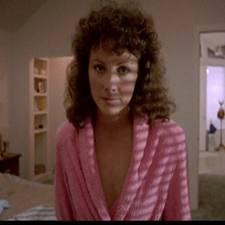 The nervous anticipation while waiting for the start.

The over whelming curiosity of whether it will live up to the hype.

The interpersonal connection through shared excitement.

The rising emotions that become more animalistic as time passes.

The total focus on the here and now.

The wild yells and enthusiastic out bursts.

The exhausted post climax satisfaction, leaving behind a goofy grin and a lack of caring about the sticky spot you may be occupying.

And of course:
Standing on the theater seats with a group of seventeen year old buddies to cheer for moments of insane awesomeness and carnage. 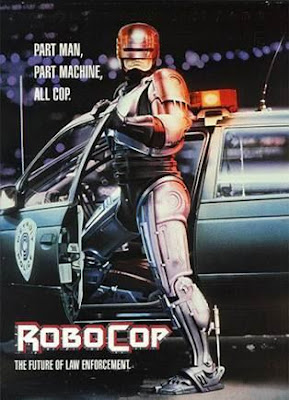 Of course, I’m talking about the first time one is old enough to purchase one’s own ticket to an “R” rated explosion and gunshot filled action film, especially if that one happened to be me, and that film happened to be the artistically violent RoboCop.  Man, I walked like him for a month after seeing that film!

Happy Twenty Fifth Anniversary!!!
To my introduction to over the top, ridiculous, big screen mayhem. The greatness of the film that opened July 17 of my seventeenth year was greatly enhanced by:

The witty and twisted sense of humor of Paul Verhoven.

The musical artisty of Basil Poledouris.

The noble and heroic Peter Weller, Nancy Allen, and Robert DoQui (as the greatest blue collar movie policeman outside of the untouchable Sergeant Al Powell.)

The interestingly varied between covert and overt evil as well as displays of the masks hiding that evil as played by Dan O’Herlihey, Ronny Cox, Miguel Ferrer, and of course Kurtwood Smith. 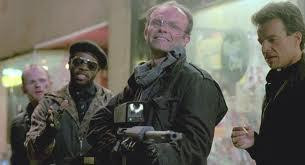 Clarence wears no mask over his evil, but is worthy of his own top ten list of awesome lines...a future post, in fact.

To celebrate this benchmark date, here is cross section of ten randomly chosen stand on the seat - cheer inducing moments:

ED-209’s massive overkill in the board room. 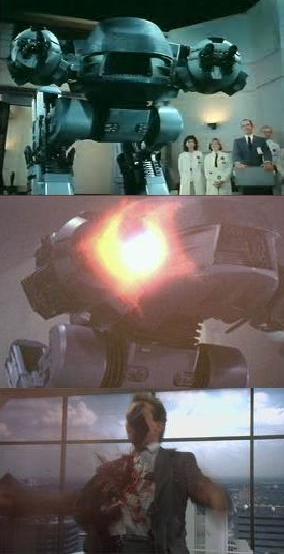 The reveal of the hand cannon at the police range prompting those on screen and in the theater to yell, “Holy Shit!” 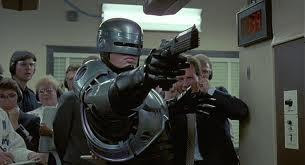 Poetic Justice for a rapist. 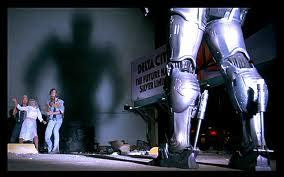 Bob Morton’s desperate struggle and screams as he can’t reach the grenade. 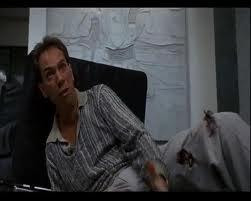 The no look over the shoulder shot in the cocaine factory. (Occuring in the sequence with this shot, which is far more impressive looking in a still picture.) 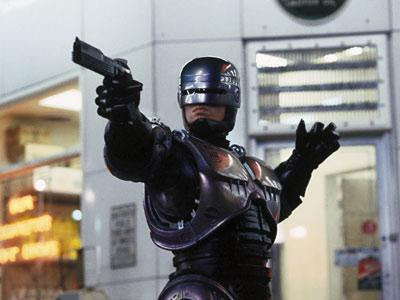 Emil bathed in toxic waste and splattered all over the windshield of a 6000 SUX. 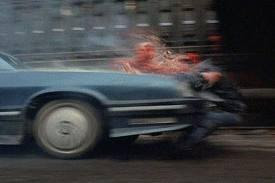 Tearing out Boddiker’s throat with a data spike. 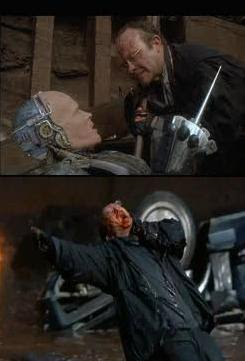 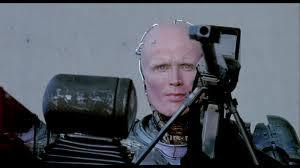 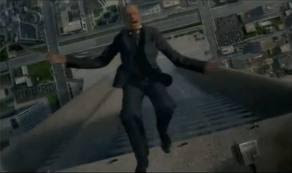 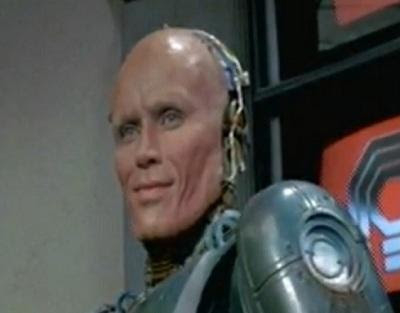 The two sequels had partial returns to the excitement and fun, and some Frank Miller generated cleverness to them, but they never reached the high mark set by the original.

The less said about the multiple watered down live action TV series and cartoons the better.

There’s a remake in the works. It sounds like they have an insane pile of top quality talent in front of the camera (Gary Oldman, Hugh Laurie, Michael Keaton, Samuel L. Jackson)  as well as state of the art, high end, expensive,  special effects violence and quality story telling behind the camera. The film will be ready to explode all over old Detroit next summer.

I’m sure it will be a spectacle to behold, and maybe even a box office success.

No matter how fantastic they make it, though, it won’t hold a candle to the awesomeness of the original in my mind…

Because nothing can ever recreate that special feeling of your first time. 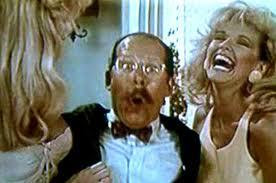 I've also been shouting "I'll buy that for a dollar" into the woods to scare bears. Tried "Come with me or there will be.... trouble" but it doesn't work done loudly and seems antagonizing.

Never saw this in the theater first run as I was away for the summer. But it's become a favorite and, along with Highlander and everythhing after Aliens, and example of exponentially worse sequels.

Thanx for posting. You may be right about the sequel thing. Your review of the Highlander follow up was one of the best most efficient reviews I've ever heard.

"There should have been only one"

Yes this was one of the more cheer-worthy films in theater history. I never ever forgot it. Thanks for the memory refresh.

Your welcome, pointless memories is why we're here. Thanx for posting.