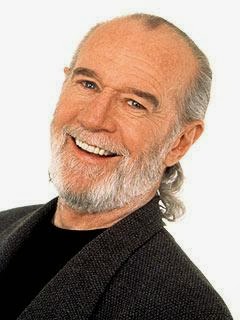 With the final special citations complete, that wraps up the George Awards.  Thank you to everyone who’s come along on this long strange trip.  Here’s hoping it’s brought some laughs as people remember their favorite films, are reminded of movies they need to watch again, and seek out comedy they’ve never experienced before.

I’m sure I’ve missed favorites that others would rank very highly on their own lists.  In fact, I ‘m also sure I’ve missed some that would rank highly on my own lists if I hadn’t forgotten them.  The fact that the James Woods John Carpenter Team up in Vampires, Deep Rising (and everything Joey says), and Stripes (pick a cast member) are missing is a powerful indication of this.

Heck, with all my John Carpenter references, not mentioning the wit and wisdom of Snake Plissken and company was downright criminal.

I could fall back on saying I did my best, but I’d leave myself wide open to Sean Connery’s Georgeworthy statement as John Patrick Mason from 1996’s The Rock. 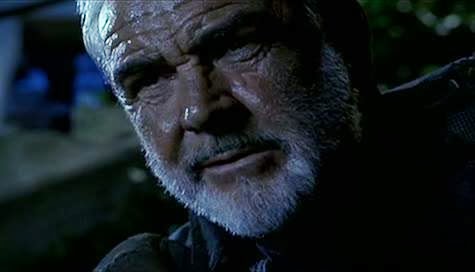 “Your best?
Losers whine about doing their best.
Winners go home and fuck the prom queen.”

Obviously, there have been omissions, bonus awards and ties that screwed up the format, and blatant favoritism to some films I overly enjoy.

Luckily, as I said in the initial introduction to these celebrations:  I don’t give a shit.

Of course, an awards show needs a rousing musical finale.  I contemplated going with Dean and the Weenies “Fuck You,” but that’s not nearly catchy enough.

County Joe’s Woodstock performance of “What are We Fighting For” had a good start, but dropped off into a big pile of swearless hippiedom pretty quickly.

Dennis Leary’s “I’m an Asshole” had the anthemic qualities I was looking for, but I’ve always preferred Fred "August Campbell's  “I-95 Asshole Song” for that word.

Since the one binding item in all these lists was they were my selections, there will be a song featuring lyrics I wrote commemorating an actual Up the Lake event in an upcoming post.

But before we reach the ending song, all that remains to make this a true Awards Ceremony are the thank you’s.

These will all also be from me, as none of the winners bothered to show up…

However, before listing my family, I must acknowledge, with infinite gratitude, Pope Francis uttering a dirty word to mark the end of the George Awards.   I could not be more honored.

First of all, many thanx go to my wife for putting up with my profanity obsession, both due to the extensive time to put these lists together, and in general.

Also thanx for occasionally, accidentally, increasing my knowledge of dirty words in other languages when she laughs wickedly at them in movies.

An equal number of thanx are due to my daughter for helping me with the fart lists, and for reminding me, multiple times a day, that these words, and so very many others, should not be used in almost all situations.

However, there is a gleam of hope. During a recent viewing of Buckaroo Banzai (1984) the following report was issued during the Rocket Car scene:

"This is Chase One.
We got his tracks,
they go right up to a wall of rock!

She stared with her usual, "Heeeey!" Unitil I pointed out Buckaroo drove straight through a mountain, when she changed her tune to:

However, the thanx for the foundations of my skills in profanity must go back to earlier generations of my family.

After all, they're the ones that gave me the nickname, "Smartass" growing up.

My sister can attest to the phenomenal education in Profanitese we received.  She benefited from the same lessons that I did. In fact, when coaching at the largest public city school on the East Coast, she was able to personalize the following magnificent exchange from Wildcats (1986) between Goldie Hawn as Molly McGrath and Willie J. Walton as her recently schooled student Marvel.

On with the Thank You’s:

First of all, I’d like to thank my dear departed, sweet old Grandmother.  Not only did she add several Italian swear words to my vocabulary, but she also had an impeccable presentation for English phrases.  Her delivery as if an aside of, “Stupid bastard,” was unmatched.

More importantly, she introduced me to the phrase, “Go Shit in Your Hat.”

My Mother deserves gratitude for not only being the biggest fan of these posts, but also for lessons in the art of stringing together properly poetic groupings of off color words as an excellent way of venting anger.  Considering the anger she was venting tended to involve chasing my disobedient ass down the hallway while wielding a wiffle bat, it was also a lesson in memorizing vocabulary under stressful situations.

On the other side of the coin, my Dad was brilliant in the use of the quiet, precision and profane strike.  His telling of a Mickey Mouse joke has already been documented.  However, his defining usage was probably uttered driving me back to college.

We were making the trip in tandem, with my Mother traveling with my sister and following in her car.  Some clown in a hurry shot in from an entrance ramp.  Instead of slowing a smidge to get into the infinite space behind mom’s car, he gunned it to squeeze between us, cutting her off.

Dad, very calmly as always, shifted the car to box the guy in. Then he slowly pulled his foot off the accelerator.  Without raising his voice, he glanced in the mirror and stated matter of factly:
“OK Fucko, let’s see how slow you can go.”

He kept the guy around thirty miles an hour for an excessively long stretch of the New York Thruway.

If that doesn’t deserve an Educational Value George Award, I don’t know what does.

I'd like to believe that this exercise has somehow imparted the same inspirational profanity that I received in my formative years.  Although, it is possible this whole endeavor is viewed by most readers as a colossal and vulgar waste of time... 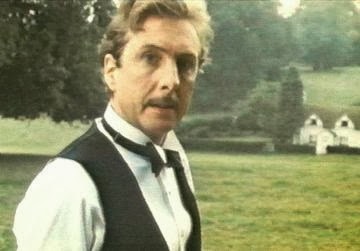 "Well, fuck you.
I can live my life my own way if I want to.
Fuck off.
Don't come following me."

Don't forget to come back for my song, but as the official closing number to the George Awards, I think it would be best to exit with the man himself.

Click here if it doesn't show up for you.

The George Awards Will Return.