These Are the Arcades of our Lives 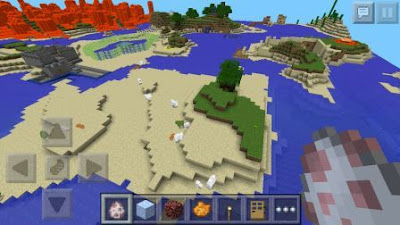 With the new Ghostbusters in theaters and Van Helsing at home cementing her following in my footsteps of loving comedy/action/horror mash ups, I thought Evil Dead 2 – the greatest film in thehistory of cinema- was in the cards.

And it almost was.

Then she saw a picture of Evil Ed in the booklet that came with the special edition tin box DVD and chickened out at the last minute.

Since we’d watched the original the day Rosa left, we had fun with Ghostbusters II instead.

The Statue of Liberty walks through the selections for “play movie,” “settings,” “extra features” etc.  People who make DVD menus are idiots.

Kim was having a barbecue, but the time wasn’t settled.  Originally we were going to go to mass Sunday morning in order to be there earlier.  Then Kim told us they were going to Church Saturday night, making us decide to do the same and go there afterwards.

We got to Mass, and Grandma told us they weren’t coming that night after all.

We took the abridged blessings version and shot over to Kim and Dave’s.

Because of the church thing, I had pre-made a large pile of garlic bread to bring over, intending to heat it up when we got there.

Kim was busy with the sides, and Dave was cooking (on the grill) and burning things (in the fire pit.)  I was doing a combination of the two. My sister’s oven is far more complex than mine is.
Apparently it has a setting- that I don’t- known as “burn the ever living snot out of whatever is in here regardless of the temperature set.”

We scraped and salvaged a few bits of garlic bread from the giant pile, and they went well with Dave’s excellent burgers and hot dogs.

Kim had finally gotten the tricky tray won Playstation 4 up and running.  While it was installing and downloading the latest in high end games…

We had a blast playing Intellivision!!!! 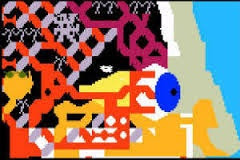 The kids meanwhile were having a weird flashback moment in the bedroom, watching a mini marathon of Wow Wow Wubbzy, and practicing their horrifyingly accurate impressions of the characters.

Considering how much my sister made fun of me when I first became addicted to Minecraft, I feel I was highly gracious for spending much of that evening in a series of tutorials for her and her family in working in the game.

Considering how often she found herself stuck in caves, or just losing her house now that worlds started defaulting as infinite, my introducing her to the compass went a long way to her later successes.

Generally with all of us massing in each other’s worlds to poke around, it was a fun and giggle filled extended ending to the evening’s festivities.


Click here for the index.
Posted by Jeff McGinley at 2:00 PM

I love Minecraft but haven't played in so long.

Did you ever do the Doctor Who expansion thing? I forgot what those are called.

Jack got that for me...and this massive animals one...and the addictive gambling one. The animal one was so fun. I was terrified of the polar bears. That being said, I was also terrified of the cave spiders. Or any mob in the cave. I had to turn off the music. That helped. The music is really creepy.

I had this whole desert full of colorful buildings made out of sheep wool.

I haven't used any of the expansions. I have one creative world to goof around in and one Survival world that I try occasionally. I'm more of a digger than a surface builder- Giant interlocking series of tunnels, with hollowed our decorated spaces. Due to when I usually play (late at night) I always have the sound off. The few times I haven't its startled me.

Sometimes we still have family gatherings in one world or another.

I tried building out of colorful sheep wool early one. A lightning strike ended that idea pretty quickly when the whole joint burned down.

Thanks for reading and "playing the home game"

That is very cool about the decorated tunnels. I can't remember doing much of that.

I mostly played survival mode, but once I collected a lot of stuff, I'd be creative. Though I was never very good at building things.

Jack built a lot for me in my first main world. His buildings were always more attractive and impressive. Though I did the colorful-wool-in-the-desert portion on my own. Then in another world, I went nomadic...building, exploring, then leaving. And in my last main world, I built a hotel. It wasn't that fun.

I did one or two creative worlds with the animal expansion pack...I built some kind of animal park with some animal enclosures that wouldn't be approved by the ASPCA.

I played a few multiplayer games that Jack introduced me to.

And he got really involved with the Disney World Minecraft server. Did you guys ever go on that?

Anyway...sorry for writing my Minecraft life story on your blog.

And I might burden you with a sequel someday, because I downloaded Minecraft on my new laptop. I might start playing again. It's another way for me to travel during the pandemic...though the main way lately is via your blog.

Oh! One more thing. Did you ever have Minecraft dreams?

Thanx much, glad to provide a service, and other people's stories are always welcome. I write to help my own sanity, but knowing its not just yelling out into the void is a bonus.

I'll have to do a minecraft post someday. I saved a lot of pictures but never did one.

I know there are a lot of features and things in the packs. I went kinda nuts tunneling and building in the creative world. Sometimes I go back and do more, it was fairly extensive when it was finite (Its an old world) switching to infinite let me add a lot of underwater stuff. We've done family visits in the worlds to have races and goof around and stuff.

My survival world has the fortress (with cows outside) that's my main location, tunnels go all over, and I've got a couple other bases here and there to explore from. I fell in a canyon a while ago and landed in water so I didn't die, but I've been lost for a couple months trying to work my way back. The compass is being wonky for some reason.

No dreams yet. The effects team in my head is much more high resolution.