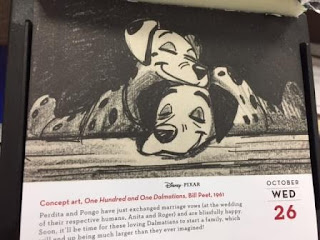 W minus 15
The mega giant oversize “Special School Bus” masquerading as a limo is confirmed and ready to whisk us to the airport at Stupid O’clock in the morning.

October 21, 2016
W minus 14
I assemble all the menus for known meals in a word file and send it to everyone. Yeah, this is pointless and silly since they could more easily look at the grid, go to the allears.net list I got them from and get updated listings with occasional pictures.
But I get to throw in a couple of jokes this way.

October 22, 2016
W minus 13
Grandma is excited to read the menus as it helps with anticipation, and Anabelle reads them next to me with a highlighter and laughs at my jokes.
Yay!

Allears.net continues to fall down in the “Refurbishment” listings.  They never indicated Dinosaur was closed, and now its closing is extended throughout and beyond our trip. With the parade also gone from Animal Kingdom, maybe we’ll finally see the Nemo show.

October 24, 2016
W minus 11
Bus to Universal Booked.
Anabelle and I constantly playing both, “I’m thinking of something in Disney World.” And “Where will we be in two weeks?”

October 25, 2016
W minus 10
Rosa and I celebrated getting our pre Disney sinus infections well before the trip, so we wouldn’t be medicated while travelling a little too soon…as we both have relapses that require prescription refills.

Called the Pop as instructed ten days prior to arrival to confirm our small horde’s requests, and learned that ten days before is when you can call to make requests, but if you already made them online, you have to call three days before. I think they just like talking to me.

October 26, 2016
W minus 9
Our fifteenth wedding anniversary is celebrated on the Disney Calendar with a snuggling Dalmatian couple.  Aww….

Saw a clickbait kind of article talking about how huge the “off season” fall crowds have grown due to various factors.  It instills some panic, but I think it may just be the drunken food and wine festival throng, and Magic Kingdom concentration on non-party days.  Hope I’m right.

October 27, 2016
W minus 8
Disney World announces a massive welcome to celebrate our arrival…
Or perhaps it’s a coincidence that the “Once Upon a Time” new Castle projection show premiers the day we arrive.

Kim measured her kids. The littlest is at 42 inches, opening up just about every ride worth while.

October 28, 2016
W minus 7
I think Disney is trying to kill us.  Magic Kingdom opening moved back to 8AM. Which means our later in the trip Extra Magic Morning starts at 7AM.

October 29, 2016
W Minus 6
Hey, the EPCOT Disney Visa photo isn’t gone after all!  And it may be in Imagination by the time we get there this week. (YAY!)  The gods of Kodak will be pleased.

Moved the first day Jungle Cruise fast pass when I realized it would put us across the street from the Plaza meal scheduled at Parade time.  I guess I banked too hard on being able to shift that meal.

October 30, 2016
W Minus 5
Helped Mom order the Universal tickets.  Took a bit of doing as it kept crashing. Turns out her credit card was blocking a big purchase in Florida that didn’t match her normal activities.  Luckily the Disney credit card people were already aware of the trip and it went through.  She didn’t use it at first since she felt wrong buying Universal tickets with the Disney card. She’s also planning on wearing black when we go to mourn not being in Disney.  The level of her Harry Potter fandom must be reaaaaally high.

October 31, 2016
W minus 4
Work continues to throw rotted vegetables, bricks, and other impediments at me to prevent me focusing on this vacation.

A few days ago, the flight home departure time bumped out a bit. I threw in an “as we’re leaving” Buzz Lightyear FastPass, to see how booked it was after noting Peter Pan had most of the day gone when I tried to switch it.  The whole Sunday was still available, increasing the odds of signing up for Buzz after we finish our other FastPasses.  At least that’s what I tell myself to help me sleep nights.

November 1, 2016
W minus 3
Called the POP three days before to insure our requests for room placement and location were logged.  They were, and now they are again. It worked last time. Here’s hoping…

Anabelle and I have taken to e-mailing each other “WOO!” a lot.

November 2, 2016
W minus 2
Called the POP again, because I’m a doofus and forgot to check on the celebrations. All set now!  Kim’s family still hasn’t sent me a shirt list…except for her: every day Maleficent, with a reminder to wear the one with the stepmother the day we eat with her.

Mom likes to choose on the fly, so she’s not listing.  Maybe it is me after all.

Grids printed for the trip, any updates now are hand written, old school like my folks used to.

Insane amounts of training and battening down the hatches to allow leaving work behind.

Bags all packed, Grandma does the online airline check in.

Having thrown away anything perishable with the trash in the morning, we get creative on how to not waste the time eating out; yet still generate as little garbage as possible.

It is revealed to be: