Batman Through a Kid’s Eyes 2

It took a while to get Anabelle to watch these, because, as I predicted, one of the key legacies of this saga is Bale’s goofy voice. Whenever I brought them up, she and her Mother would growl, “Get in duh carrr,” and laugh.  Referencing Scarecrow, the Joker and Catwoman peaked her interest and the quality of the movies pushed us through the viewing very quickly. 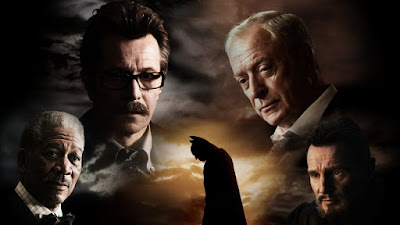 While memorable, Bale’s Bat-growl isn’t as all-pervading as parodies would suggest.

It’s a thoughtful a full on origin story, with the main focus on Bruce instead of his villains.  The problem with that in my home is the massive amount of Bat-knowledge my daughter had from growing up knowing me.

She did enjoy it, for the storyline, the unexpected twists and the action scenes.

She also continued a nonstop series of questions throughout the entire film, asking the whys and wherefores of events and characters that didn’t match the known histories, motivations and pronunciations of the characters.

(“You mean ‘Rashe’ al Ghul” was said near constantly.)

Anabelle appreciated Caine continuing the high bar setting of Alfredness, Neeson as an insidious villain, and the addition of Freeman as Fox to the inner fold.  It was a toss-up whether she liked Murphy’s depraved portrayal of the Scarecrow or his being victimized by his own gas better.  She agreed that “Sirius Black” playing Commissioner Gordon was an excellent choice as well; raising the character to the level he deserves in the mythology, and appreciated the rest of the cast.

Except for her constantly questioning why Holmes’s Rachel was there at all, since she’s not in the comics.

She did finally accept my explanation that she was acting as Bruce’s conscience so he didn't have to talk to himself like a certain Starship Captain through the film.

Anabelle was also able to learn about “design in context.”  When looking at my collection of Batmobiles (which, of course I have) her previous opinion of the Tumbler was “not the Batmobile.” Once she saw it in action as part of the story, she understood and appreciated it.

All in all, the film succeeded in establishing the universe and making her hungry for the next installment. Also, much like the rest of the Nolan films, it reminded my wife that she actually enjoyed these.

Though they both did giggle at the Bat-voice whenever used, and often repeated phrases after him. 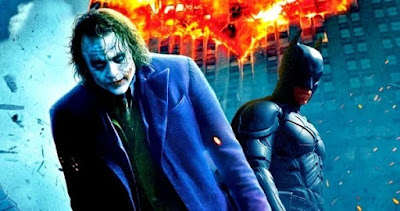 Based on the last film she was already looking forward to this one.

Then the Joker’s famous pencil magic trick happened, and she was hysterical laughing, said “that was awesome” and became a giant fan of Ledger’s Joker for the rest of the film.

Oddly, she refused to accept that Maggie Gyllenhaal  was the same Rachel from the previous film, constantly joking that Bruce shouldn’t know her, and greeting her demise, (after the initial shock) with, “Oh well, we’re not sure who she was anyway.”

This is bizarre considering how many other shows and movies she’s seen and completely accepted when actors change for a part, including…
Y’know…
THE ROLE OF BATMAN!

Knowing the mythology, once more, led to some odd reactions, such as cheering excitedly when Eckhart’s Harvey Dent had half his head caught in a flaming explosion, because she knows who Two Face is.

She was a fan of his performance both before and after the scarring, but giggled at his horribly injured appearance, though, because she said it wasn’t “right.”  I guess accepting the more realistic take of the Bat-mythology didn't extend to extensive facial scarring.

Once more the Hat Trick of awesome that was Gordon, Fox and Pennyworth impressed her greatly, as they did throughout the series. (and throughout most of Bat-history for that matter)

She called this the best of all the Batman movies we watched before or after- and it’s hard to argue.

Again, best doesn't always translate into “most fun” which is more likely to inspire re-watching. Batman and Robin is still that for her. 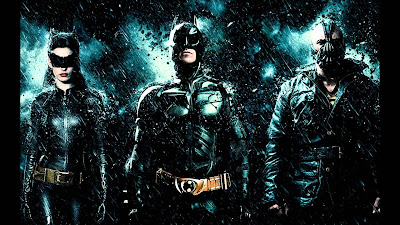 This was a close second in the best category, continuing all that was right with the last film.

Anabelle immediately became a fan of Joseph Gordon Levitt’s John Blake, as one of the only authority characters with any sense.  His real name reveal of Robin at the end was the second biggest cheer of the film.

The biggest was when she learned Marion Cotillard was not playing, “Yet another easily disposable Batman love interest,” Miranda Tate, but was actually the main villain Talia Al Ghul. She practically leaped off the couch at that moment.

Anne Hathaway’s Catwoman, though never referred to as such in the movie was unquestionably her favorite part.  She varied between saying, “I really like her,” and “I love her,” whenever she did anything on screen. This was coupled with a bunch of, “Uh huh…see?” whenever she was proved right.  I"m also proud to say my daughter caught the Audrey Hepburn visual reference immediately.

If she thought the Bat-Pod was cool before (which she did, excessively) having Selina drive it made it that much cooler.

Fox’s introduction of “The Bat” was greeted with an, “Of course, what else would you call it?” and she was impressed by its performance as well.

Then there was Bane. She agreed he was a fantastic antagonist. He was at a minimum equal to Bruce in strength, fighting ability, tactics, strategy and thinking on the fly.  In general she was impressed with him and reacted to him as a completely believable ultimate foe for this aspect of the franchise.

With one small exception that is, due to another area he clearly surpassed Bruce in.

She was stunned to see that anyone in these movies could have a far sillier voice than Batman.

She greeted his opening lines with a wide eyed stunned stare. Following that, from the end of the plane hijacking scene until Bane’s fate at the hands of Selina and the Bat-pod’s cannons, she repeated EVERY SINGLE LINE HE UTTERED…and then giggled uncontrollably. 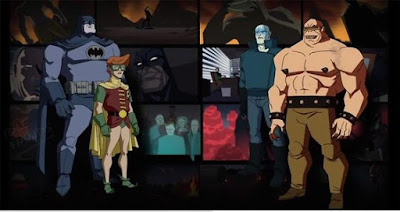 This one isn’t live action, but it had such a strong connection to many of those movies, I included it.

Anabelle had seen all these movies, and multiple animated versions of Batman. She also read the entire Sandman library.  Therefore I had told her about Frank Miller’s The Dark Knight Returns and its place in comic book history.  She had too many books in her queue to be interested in reading it while or shortly after we watached the others, but the dystopian atmosphere, female Robin and “Buckaroo Banzai as Batman” peaked her interest in watching the excellently executed animated film version.

Having read the comics repeatedly, I could fill in much of the “What Bruce is thinking” bits that the movie loses to clarify some things.  She treated the hybrid of Cockney Rhyming and American Mall Eighties slang as a completely foreign language, and I helped out with that where I could as well.

My daughter got excited when she saw the scenes and heard the lines that inspired moments in the live action films.

While puzzled as to Carrie’s qualifications for being Robin (the film leaves out references to her gymnastics background) Anabelle was a big fan of the first female Robin.

Side note: She’s also a big fan of the in continuity “Girl Wonder” Stephanie Brown, a.k.a. Spoiler. This, after only seeing her occasional appearances in Young Justice and Teen Titans cross overs.
Furhter side note: Anabelle wore a Robin shirt to school one day and had a male classmate try to educate her with, “I don’t mean to be sexist, but Robin’s a dude?”  She hit him with a verbal, educational beat down about both gender roles and comic book history that sent him into full retreat.
I am so proud, on so many levels.

In general she enjoyed the film a great deal…

At least, she did until part way into the third act.

I did explain the concept of “the last Batman” story, and she followed the point about Bruce being too old, vociferously agreeing with every character who repeatedly pointed this out to him as events unfolded.

Yet from the point where he tossed a Batarang directly into the Joker’s eye, she became visibly upset with his engaging in “Not Batman” behavior.  This was expressed as “He’s being such a butt.”

I think the problem stemmed from how well executed The Dark Knight’s Return to greatness against the Mutants was shown in the film.  It made it easy to forget that he was already past where he should be doing this.  The logic shown in the other versions she knows of, “He’s right because…Batman,” probably enhanced this.

What amazed me the most, is that she constantly said, “I like him,” about the Joker.  Yet he killed a studio full of 200 people “on camera” and was handing gout poison to children.  Shortly after that when the Bat-Eye-Gouge was performed, it was “going too far.”

Batman on a horse, was awesome as always, however.

The movie was a little weak in specifically stating that Superman accepted his position as Government Stooge because that was the only way he was still allowed to constantly save lives around the globe, but she still filed his actions as "being such a butt too."

In any event, I found it very interesting to see her calling the overly Dark and Gritty interpretation that defined large swaths of Batman’s characterization in comics and movies at the time to be “completely wrong,” when compared to a larger sampling of the character’s history. 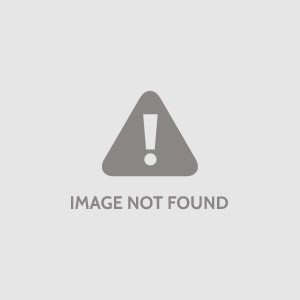 I’m sorry, what?  No. This movie doesn't exist.

Did she notice that Batman could have watched tv and eaten cheese doodles after putting gordon in the Batmobile and it would have had the same outcome on the terror plan?
Everything on the train was personal demons

Oh so close. If you had picked another cheese based snack food, I could have quoted Batman Brave and Bold and said, "Batman does not eat nachos."

Since she's my daughter, she was too busy ranting about Batman's "I'm not going to kill you, but I don't have to save you," line to catch further subtleties.

Thanx for commenting and playing "Watching Batman, the Home Game."