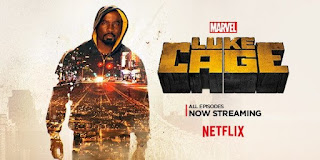 I don’t have a whole lot to say about season two of Luke Cage, but I couldn't resist the title.

The first season was good, but weakened a bit after the mid point, Season Two kept building all the way through.

The quality came from Marvel’s strength, the characters.  Everyone had their own stories. Luke’s was the main one, but Mariah, Claire, Shades, Tilda, Bushmaster and Misty all had major arcs as well.  Several members of their families and friends as supporting characters had minor arcs well.

The coolest thing about the characters, is (much like real people) some truly good folks made bad choices, and some truly evil people did good things, even for large numbers of people.  The show was great about showing that the nastiest folks deserve sympathy sometimes, and the best make mistakes, yet it doesn't change who they really are.

The world building of Netflix Marvel continued by adding details to different parts of the growing mythology as well as some cameos. 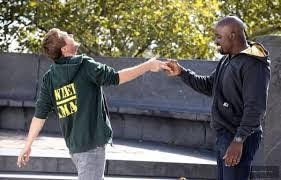 Foggy Nelson is always a welcome addition, and the close bonds of the comics between “Power Man and Iron Fist” as well as “Knight Wing Investigations” were in evidence. 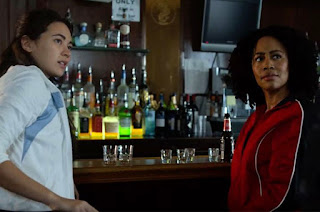 Any television series has some padding, and Luke’s power set has budgetary demands above many of the other shows.  Yet  Luke Cage handles it far better than most.  The guest musicians playing all iterations of Harlem Paradise filled the time with excellent jazz, blues, hip hop and reggae. That kind of quality mades the time go quickly no matter what was going on story wise. 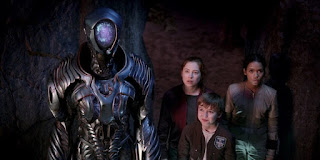 Speaking of Netflix shows and padding, I finished the first season of the new version of Lost in Space.  The actors were great, the story was well done, and the music and effects were blockbuster level.  The call backs to the original series (Billy Mumy! Yipee!) were cool, too.

However, the padding, through rediclous coincidence and other methods,  made it clear that they really only had the budget for about an eight episode season with those caliber effects, not ten.

I was close to giving up during the pilot, until the awesome robot stuff happened.

Before that, I found myself rooting for the children to die on a couple occasions, just to get the plot to advance.  The pacing did improve, and it ended strongly enough that I’ll probably try a second season if one happens.  If there isn’t more “show, don’t tell” about Doctor Smith’s manipulative skills, I’m going to get fed up very quickly with EVERYONE in the cast displaying the IQ of a waffle around her for the sole reason of story decompression.