Braveheart Through a Kid’s Eyes

Sure, as kids grow older, there are tiny tot moments that no longer occur…

But the breadth and depth of media and other experiences you can share with them constantly increases.

Instead of goofy comedies or “so bad its good” films, I intended to elevate our father daughter viewing one night with the star packed, five Oscar award winning, critically acclaimed if historically inaccurate film, Braveheart. 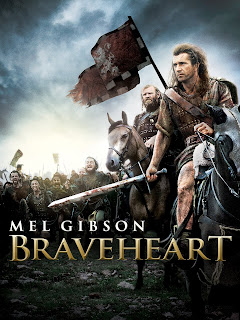 Turns out encouraging her to enjoy biting satire, and Mystery Science Theater 3000 while encouraging the passing on of my own smart-ass genes came back to bite me in the butt.

After noting the length, she spent the opening credits staring at me saying, “This is boring. *giggle*”  This set the tone for our evening.

Contrary to her love of Disney movies, most of which are fueled by love at first sight, she had great issues with the romance of William and Murron.

“Hey, I’ve been gone a zillion years but you gave me a flower when we were kids, let’s get married?   He’s creepy!”

Then she punctuated any time he was following her, before and after their secret marriage by saying, “creep creep creep, creepity creep.”

I didn't remember how to pronounce Murron, which led to my answering, “What’s her name?” with, “I’m not sure.”

Naturally, that led to:
“She died already? No wonder you didn't know her name.”

Like most of us who saw Braveheart when it came out, she also had a big problem with the queen to be and Wallace.
“What the heck was that thing in the cabin with the French girl?”

She spent a great deal of the film editorializing and putting words in characters mouths.

"I shall lead you into battle, but first I shall do weird things with this handkerchief."

Although some of the surprises caught her off guard.

“Why are you answering the King, oh guy who shouldn’t even be here?  Well, at least he’s smarter than the pri…
AAAAAAAAAAAAAHHHH Philip!!!! He was one of the few people I liked in this movie!
The king threw him out the window for answering a question? That’s a bit much!”

This went on well past the end of the movie, and has continued through text messages and phone calls while I'm at work.

The only extended pauses in her comments during the film came anytime anyone said "Longshanks," because she was too busy snickering to say anything else.

I do feel I did something right in my part of raising her, however.  Mostly because she was funny, but also because:

She was a huge fan of the queen’s snarky and less than proper handmaiden Nicolette. 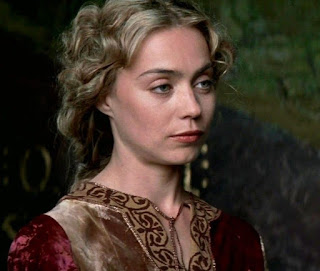 Every time Stephen let loose with one of his insane Irish spoutings, she’d laugh and say, “I really like him.” 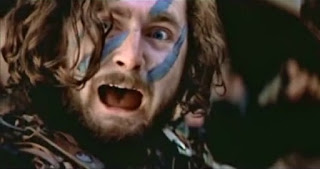 Battlefield carnage was always accompanied by her cheers and evil laughter. 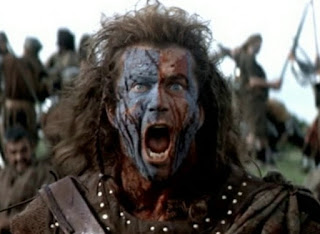