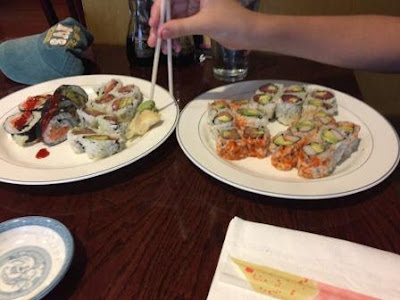 Two different channels ran Ladybug marathons, and one of them ran two, to bid Anabelle farewell.  In between, we watched Meet the Robinsons in Spanish.  In a rare switch, one character sounded less manly in that version. It isn’t possible to sound manlier than Adam West.

In between, while they were out, Anabelle and I wrote a bunch of notes to Rosa and Abuelita, and hid them. Based on counts when Rosa returned home, we may have hid them too well.

Possibly due to distractions from a repeat airing of Pigeon Man, I had some short lived Uno (Doctor Whuno?  Peruno?) redemption.  The following hand I only played two cards. 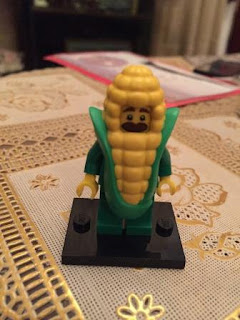 They were cooking up some Hen soup, fortunately of the feetless variety.

Anabelle stayed with Abuelita for a bit while Rosa took me to her same friend at the hair salon that cut Anabelle’s hair before I got there.  Rosa keeps what little hair I have close to my skull, normally. However, with her leaving before I did, returning afterwards, and not having the clippers down there, my head was threatening to go the full Larry Fine.

This was my first time passing the market while fully opened and it was terrifyingly crowded. There were Yukita vendors everywhere, but Rosa would only buy from the one she knew a few blocks over, because they always gave her extras.

With Yukitas, like show business it’s all about who you know.

I watched part of Harry Potter and the Macho Voice Transplant while waiting for Rosa to get a trim as well.

We stopped in the little jail barred market on the way back for a last Inca Kola Zero, and Frio Rico.  The night before I hadn’t noticed the place was also filled with fresh vegetables…
And also fresh chickens that they hack up in front of you.

A kid ran in from across the street for a hangover cure when we were leaving.  They really did have everything.

While we were out, Anabelle played some more Uno with the stuffed owl, and lost three times.

I really need to up my game.

On this final day, I could conclusively state that every single roll of toilet paper I saw down there was hung “reverse” style, with the paper over the back. Maybe it was because Peru is south of the equator.

We went upstairs to say good bye to Rosa’s neighbors/ surrogate grandparents.  They gave Anabelle a bracelet which was very sweet.  They also repeatedly said, “Don't forget us.”
(In Spanish- “Yo tengo agua, por favor.”)

That’s a big farewell there, always said with complete sincerity, and a bit of urgency.  It makes one wonder if everyone else is a figment of your imagination. It felt far creepier after watching Coco.

Not excited about feetless soup, Anabelle had leftover breakfast stuff and Tallarín; I had my last Mountain Cheese and tomato sandwich.  The mystery of the Mountain Cheese was never solved.

A farewell karamanduka toast was also had.
We didn’t heat the karamandukas to crispiness…
We just saluted each other with them…

There was an insane amount of weighing suitcases and shifting things around.  The two channel Miraculous Ladybug farewell marathon gave us two episodes we’d never seen before in the background.  We also snuck in a couple of final Uno hands. Meanwhile Rosa was sneaking significantly less than last time, but still insanely many gummi candies for me from her mom into the bags. 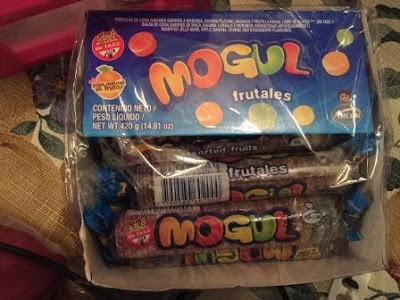 The last resource switching in the bags allowed the safe packing of Mini-Kraps to show the non-believers at home.

While we got some last minute downloads done through the Wi-Fi to insure cross continental communication, the Floogals were on TV.  Incredibly, they’re even less funny in Spanish, because the pronunciations are correct.

Rosa called the 555 cab for “elite” service to the airport, instead of relying on Milthon. With three people, three big bags and three carry ons, we needed a van instead of his sedan.

The “elite” car was exactly the same size as Milthon’s sedan.

We all mashed in and waved farewell to the never ending soccer game from behind suitcases as we drove through their asphalt field.

Not only couldn’t we check Anabelle in online, we couldn't check her in at the kiosk.

That would be the kiosk that everyone has to wait on line to go to, before going to the counter, for those of you playing the home game.

We checked the bags (and Anabelle) over at the counter, and then learned our scale and their scale were inconsistently different from each other. I’d often suspected airplanes work by suspending some laws of physics.

The attendant immediately let me know my wheelchair was ready. I guess we raised enough of a stink when they forgotto put Abuelita on that Denver flight that my file was permanently updated. 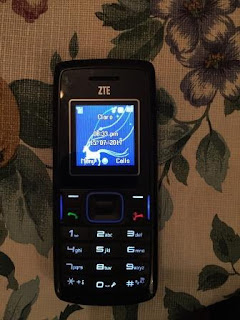 We did some laster minute figuring out how to connect my regular phone with Rosa’s Peru phone, bid our sad farewells, and headed into security while she contacted Milthon to get home.

Security went pretty smoothly, and I got to keep my shoes on. WOO!

However, we did need to take off our hats again for the passport check, in case we were smuggling tiny refugees on our heads, I guess.

We walked the length of the terminal multiple times hunting for the Dunkin Donuts we snacked at on the return of our last Peru trip. We didn't find it. Even with the failed hunt, and the extreme delays of stopping to buy a bun and croissant with a credit card in foreign airport (Yo tengo agua, por favor) we were at the gate two hours early.

We had plenty of time to get the call from Rosa to hear the story of her Mom locking her out, and the knocking and calling that was required to gain entry.  We also learned Anabelle had left Bonifacia (the Cholita) in her blankets. She wasn’t too upset, as Bonifacia could “Take care of Mami.”  Anabelle also rescued Abuelita’s die cast ride car of Dumbo, so she’d have a new friend at home. 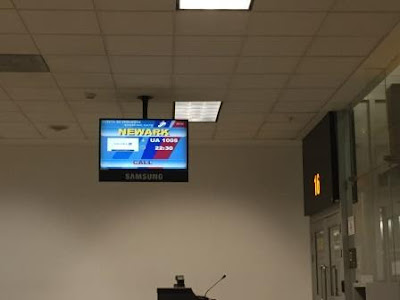 While we waited, they set up folding tables all around the gate. Sadly they did not give us a picnic.  There was a manual carry on search before boarding, and a second enforcement of the “no liquids” rule.  We didn't know about this and had bought a giant water bottle to share on the flight after passing security.

The security clerk offered if I wanted to finish the bottle before boarding.

“I think that’s the last thing I need right before an eight hour flight.” I noted.
“Good point.” He replied, tossing it into the bin.

We worked our way on the plane while I explained to Anabelle why anyone would ask you to take something on board for them. 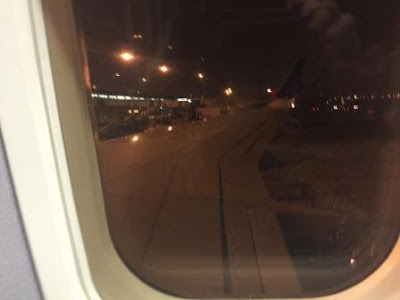 The flight had some interesting bookends.

I helped a woman with no chance of reaching the overhead compartment stow and retrieve her bag at our entry and exit.

Also, a different woman who smashed into us with her stroller on the boarding gangway did it again on the immigration line after landing.

The airline food was up to its usual standards.

Anabelle ignored her Lomo completely and ate my macaroni.  I put my chicken into her roll and had a mini sandwich.

She watched Fantastic Beasts rekindling her Potter interest for the first time in a while, and I finished Gödel, Escher Bach.  Then we watched Sing together. She had watched it on the way down, and it definitely exceeded my expectations. I ordered it on Blu-ray and the extended soundtrack the next day.

She tried to watch Trolls, but didn't care and switched over to TV shows before nodding off on the descent.  Considering how good Michael Fassbender usually is, and how exciting the Assassin’s Creed games are, it must have taken a concentrated effort to reach the levels of “Meh” the film did.   At least I got to nap a little as well.  We’re really terrible sleepers on planes.

It is possible my first time ever trying “airplane wine” helped motivate the movie nap.

We got some nice muffins designed for nudging everyone awake to fill out the customs forms.

When you get to the E-Z immigration line kiosk, you learn you don't need the confusing blue form.
Boy it would have been great to know that ON THE PLANE! 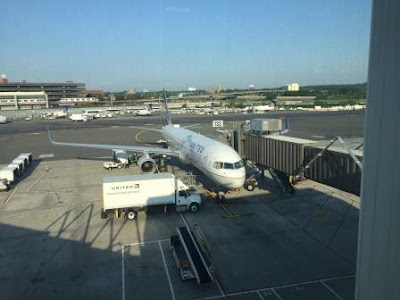 We landed way early, and the streamlined system got us through wicked fast…
Which meant my sister was still working her way into the parking garage, basing her arrival time on the airline's very nebulous website.

We connected, got driven home, (THANX AUNTIE KIM)
And collapsed for most of the day before running up to Wayne to gorge ourselves at Mr. Sushi’s’ all you can eat menu to have enough energy to transition back to work and summer dance classes. 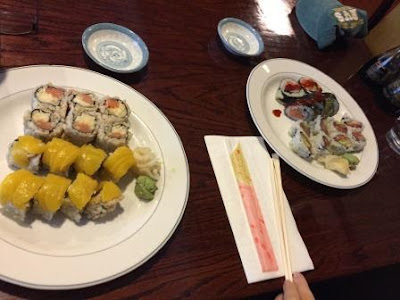 Rosa stayed for about another week.  We watched some movies and met with family, but didn't really have any full blown “Anabelle and Daddy Ad-veeeeen-tures!Yeah! *Jazz Hands*”

We saved the ad-veeeeen-tures! Yeah! *Jazz Hands* for Mami’s return and a trip to Atlantic City later that summer.


Naturally, Corn Man was immediately placed into a place of honor in the village. 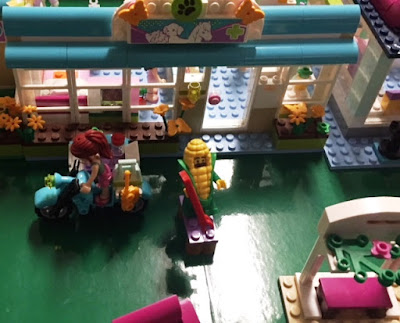 Thank you. We were pleased to give him a good home.