Instead of taking apart and analyzing what made the original version work, new home and theatrical releases by Disney traveled new paths to show why the core themes of the originals are still relevant. 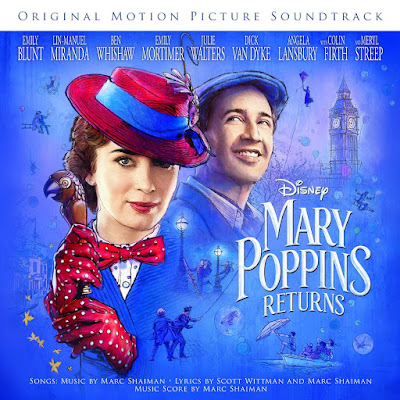 For the home release it was Mary Poppins Returns.

Honestly, I expected my entire review to be “It’s not Julie Andrews,” but I was pleasantly surprised.

The songs were “blessed” by Richard Sherman, and it shows.  The characters transformations and settings acted as nods to the original but took advantage of the new actors and technology.  It is a worthy successor that highlights the messages and feelings of the first one, but sets up new ground to continue the universe.

Lin Manuel Miranda’s Jack was a true apprentice of Dick Van Dyke’s character.  Although any well executed, whimsically presenting life lessons, song and dance man could be seen as an apprentice to him…or Danny Kaye.

And seeing the man himself as Dawes Junior was as magical as the behind the scenes footage showed it to be for the cast and crew.

Once more the key point of the story is the growth of a parent to accept the importance of certain childlike things.

I have to agree with Julie Andrews’s decision not to appear.  If she played the Balloon Lady (wonderfully done by another Disney legend, Angela Lansbury -possibly as Miss Eglantine Price) or anyone else, the audience would have said. “There’s the real Mary Poppins, the new one is a replacement.”

Plus we might have lost her awesome Aquaman cameo. 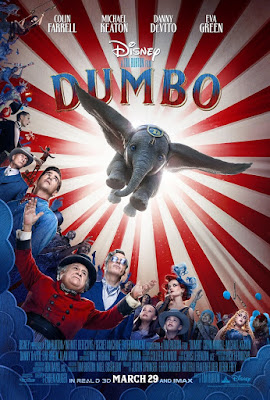 As far as theatrical releases, Dumbo went the opposite direction of most of the Disney “live action” remakes and told a different story, and stayed as far away from shot for shot recreation as it could.  There were enough nods to make fans of the original go, “Oooh!” frequently, however.  I have to applaud their bravery for making Michael Keaton’s villain basically a dark version of Walt Disney.

It captured the heart and messages of the original, but expanded and updated the story, and took it in completely new directions.  Tim Burton put enough of his weirdness stamp on it to give a surreal edge to the circus and the amusement park.

I guess the trick to a cool, different tack of a remake is to hire Colin Farrell.

Yeah, the reviews are short and lame this time.

But it was either that or say, “I was wicked sick and reading Calvin and Hobbes and watching Disney Movies while I rested and got better.”