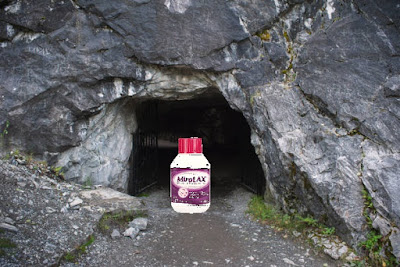 Where No Test Has Gone Before
My primary care doctor, while amazing -as he clearly saved my life based on an EKG reading- has an interesting sense of humor.
He would regularly mention that my fiftieth "birthday present" would be a colonoscopy, going back for over ten years.
This amount of warning was not needed, since it isn't exactly something that gets sprung on you the day that threshold is crossed.
Thank all the gods of every pantheon in history.
There is scheduling, consultations, and preparations to be addressed allowing ample anxiety time once the year hits.  He could have easily have held off until the time in question and I would have had enough time to mentally have the willies, rather than having the enema of Damocles hang over my head (or other areas) for a decade.
This is particularly true since he had pointed out I'd need a prostate check when I got to my fortieth birthday only a few years before, and then sprung it on me a year early.
Remind me to never leave my prostate there again.
The big year hit, along with a global pandemic and a few other things. I was joking with Anabelle on the way home from dance one night what a "great" birthday it would be. The disease news was starting to spiral, going on my birthday itself to her school's production of Fiddler on the Roof wasn't a top pick but it was the only day we could go,  and I had that upcoming procedure to deal with this year.
She started apologizing for wanting to see "Fiddler," and saying we really didn't have to go.  I immediately came back with,
"You think that's my big concern?  Spending the night with you seeing something I know will be well done given other years' shows even if I don't know anything about the story compared with needing camera up my wazoo?!?!"
She giggled all the way home. and in her infinite wisdom came up with the most apt title for that test in the history of medical science:
"Butt Spelunking."
Thanks to the plague, I found a reason to delay the Butt Spelunking for a couple of months, but a few reminders from the doc's office, and my knowledge and experience that early medical detection is a life saving feature coerced me into setting up all the pre-appointments.
Most older friends and family pointed out that the preparation is far worse than the test itself.
Indeedy.
That doctor dictated preparation is an amazing testament to how conservative FDA labeling is.
The Miralax bottle clearly states it contains fourteen doses, and the label warns:
"Be sure to never take more than one dose a day!"
and
"Always stop after seven days and consult a physician."
Meanwhile, the physician I already had consulted with already instructed me to down the entire shebang mixed with a sports drink in six hours or less.
For those lacking in basic math skills, on a per hour basis that's a whopping FIFTY-SIX TIMES the recommended dose level!
Plus he added in two extra doses of chocolate laxatives for jollies, and a couple of Gas X pills, presumably to avoid combustion during what was about to happen based on the other parts of the preparation.
Some of the same older, (and more chemically expanded minded) friends suggested that I "enjoy the anesthesia high" since it was a potent and powerful one.
That did not happen.
I got into the surgical center, after being awake until sunrise due to my lower half being transformed into a Gatorade dispenser for most of the evening.
I was hooked up to an IV, wheeled into "Butt Spelunking Central" and once I was placed in  position the doctor asked if I was comfortable.
When I said, "Yes,"
his response was,
"Good...good night."
There was a warm tingling in my hand where the IV was and somewhere between trying to say, "Wait," and "What?" I woke up in the recovery room.
It was an uneventful Butt Spelunking, with minor removals.
The whole metabolism monster roared again afterwards. Following the larger part of a year in these weird lockdown conditions, I had managed to lose weight, mostly by my new place of business being eight steps from my workout equipment.  Unfortunately, the complete emptying of my digestive system, while initially shedding a few pounds that day, caused my metabolism to enter "Panicked starving loner in the desolate wilderness" mode and pack on a bunch of pounds once it was done.
A few days after the test, a nurse called to say all was as it should be and I didn't have to go through this for another ten years.
I pointed out that since it took fifty years to reach the state I had, I should be able to  come back when I turned a hundred.
"No."  was all I got.
Not even a laugh.
I should have worked in "Butt Spelunking."
One more of these, visual based this time.
Posted by Jeff McGinley at 2:00 PM

I got deep sedation instead of "true" anesthesia, so the wake up was pretty clear. usually causes less side effects that way.
thanx and good luck!

I did the Miralax with Gatorade too! I can't remember if I was supposed to use up the whole bottle.

I was surprised I didn't hate Gatorade after the experience.

I later read some study that said this isn't a safe method...or something like that. But at least it tastes better than the other methods. Or so I've heard.

I had pretty much the same waking-up experience as you. It really felt like it never happened.

They seem to have it down to a science now. I've seen relatives go through it from back when there were prescriptions involved.

The few times I've been sedated have been complete blanks, which I guess is a good thing.