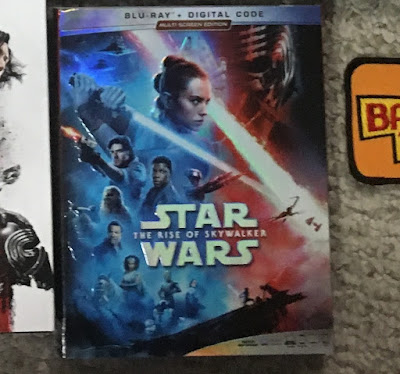 I am chastely covid courting a woman whose name is pronounced "Sue Mary" so I think about all these weird cinematic issues every time I say it aloud. Sarcastic thanks to the army of unf*@{able hate nerds (ht Marc Maron) for making this a thing by complaining about the first decent Star Wars film in a generation because a human woman held a lightsaber.

Tell me about it. "No gurls allowed" in the Star Wars Clubhouse.

Though having said that, The Mandalorian (which also had powerful female characters) blew these films out of the water. But it's also a different format.

Thanx for playing and happy courting!