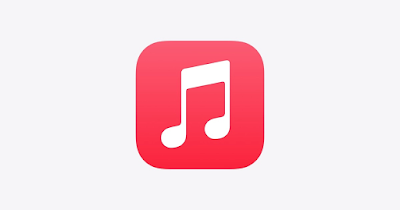 For quite a while I have avoided any and all memes about listing the top ten albums that have had an impact on my life.  This was for fear of falling down an enormous rabbit hole equivalent to when I tried to do that with movies.
However, after thinking about it, this is an adventure much less likely to spiral horribly out of control for two reasons.
1)  Almost all of my social interactions with others are based on either watching movies with them, or quoting movies in conversation. Music is more personal but doesn't envelop my being.
2)  As Anabelle would tell her friends starting when she was very little, "Daddy has to listen to music when he drives or he goes crazy...like REALLY CRAZY."  My primary location of listening to music is in the car, therefore identifying which albums have been in my vehicle for most of my driving life became a simple way to narrow things down.
Of course it won't be a straight list. There will be asides, goofy justifications and random stories along the way, because I obviously can't help myself.
Here's the index, posts will go live each week on Monday.
Note- there is no order of preference to the list.  The only influence is probably which one's I've already figured out the asides, goofy justifications and random stories for.
Mighty Catchy Stuff Introduction
Blues Brothers/ Blues Brothers 2000 Soundtracks
Iron Maiden Live After Death
George Thorogood Greatest Hits, Thirty Years of Rock
Jock Jams Volume One
Rocky Horror Picture Show/ Shock Treatment Soundtracks
Fats Domino Greatest Hits, Walking to New Orleans
Mob Hits etc.
Bonus Track- Led Zeppelin Mothership
The Very Best of Scaffold
Conan the Barbarian Soundtrack
Transformers: The Movie Soundtrack
Posted by Jeff McGinley at 2:00 PM

You mean "You got the touch" not 2007 Megan Fox pole dance songs?

Most definitely. Most albums on this list predate the Bay-Transformers by decades. Finally replacing my old tape with an mp3 download of the 86 classic, plus its score (Which I didn't have before) was a big inspiration for finally doing these posts.

thanx for playing the home game.