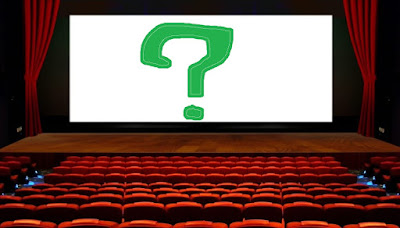 Movies are in my blood. They have been how my family communicates for all of my life.
The McGinley New Year's Eve tradition, for generations- starting with the four of us (my folks, sister and me), then bringing in Kim and my friends and now our families- has been assembling at Grandma's house, to watch "bad" movies together, and eating an insane amount of "not food."  (Ask an Italian if you don't understand this concept.)
Impressively, as there are nine of us randomly pulling film suggestions from all points in history, we still often end up with themes, usually completely by accident.
Last New Years, based on suggestions from several different people we ended up with a John Landis set, and none of us remembered he directed Oscar again until it started.
For Mother's Day, we did not go a theater as we have in the past,  due to the current  Plague Times.  Instead we decided on another Grandma's house meet up.  This was especially needed with the crushing blow of all the area Friendly's closing, a McGinley Mother's Day Staple for as far back as I can remember.
Based on nine people shooting out random e-mails and ideas, we ended up with two completely unrelated movies.
We also ended up with the kids heaping ridiculous amount of insults on Howard the Duck which we watched on our Spring Break "Fake New Year's Eve." We added an extra sleep over because this year kinda sucked.  While not a masterpiece of cinema, Grandma, Kim and I have always had a soft spot for the goofy little waterfowl.  Its a fun, stunt and effects filled, weird romp with top notch Eighties Thomas Dolby music and many skilled actors in the cast. Yet, considering how many truly God Awful films we've subjected our children to in their young lives, this one got an insane, over the top, pile of abuse thrown at it from our daughters and Uncle Dave in the planning for Mother's Day.  Rosa and Morgan fell asleep when we watched it, casting their votes that way.
I guess Kim, Grandma and I will watch it on our own next time...
Their loss.
But back to Mother's Day, where two completely different, unrelated movies were chosen, suggested for entirely different reasons, that were originally released forty-seven years apart.
Yet I can describe them both with EXACTLY the same paragraph-
Your job readers: Guess the identities of the two movies in the comments.
I'll post the answer down there next week.
Here's the description:
"The main character is a patriot from Brooklyn and has many good qualities, but is deemed physically unfit to serve in the military on multiple trials, which greatly upsets him. His friend is already in military service and tries to look out for him.   However, an unusual transformation allows the main character to not only serve with his friend, but protect him, and provide a huge amount of support toward winning World War Two.  There are several montages including one set to an over the top "Stars and Stripes" filled number.  The start and the end of the film are bookends taking place in the future from the rest of the picture."
Place your bets folks!
Posted by Jeff McGinley at 2:00 PM

Half right. Didn't realize your wrong guess and the right one came out the same year. Pretty cool. Thanx for playing.

We finally have a winner, from the Movie Buffs United page on Facebook:

It is indeed. Two 4f Guys from Brooklyn saving the day in World War II, inside a framing sequence with a best friend already in the service.