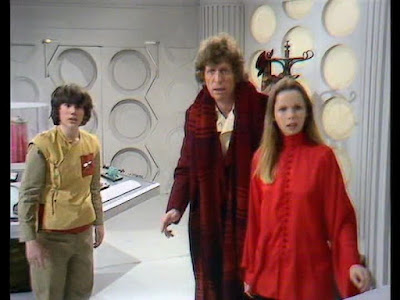 As the definition of “kid” stretches further and further, here’s a new way of showing Anabelle's responses to things.
If I was a normal resident of this future, instead of blog posts, these would be a series of live tweets done while watching the episodes.
However, my inability to spell under any kind of pressure…
Or in fact, no pressure at all…
Eliminates that possibility.
For Tom Baker’s seventh and final season as the Doctor, Anabelle was not a fan of the first two outings- “The Lesiure Hive” or “Meglos.”
To be fair, the first errs heavily on the dull side throughout.
And the second, once you get past the alien cactus turning into an abducted accountant, does the same, but to a lesser extent due to Tom Baker having fun being a cactus.
My daughter doesn't vibe with Romana II for some reason. I think because she really liked Mary Tamm as the original Romana. (I have the Key to Time season on VHS, so she saw those more than once a while ago).
She’d already seen “Keeper of Traken” and “Logopolis” on BBC America and liked both of them.  That and her constantly elevating John Pertwee in her ranking list whenever we watched one of his stories (while she comments, “Oh the sass!”) earned her a “She has good taste” on a message board from a British fan of the Classic Series who was "there when it happened."
Here are my texts to her and her replies for the E-Space Trilogy, where the TARDIS gets stuck in a smaller adjacent universe for a bit...like ya do. 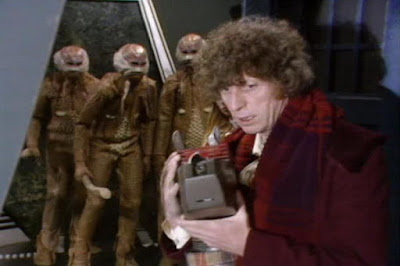 “Full Circle”
J- Romana got called back to Gallifrey.
She whined a bunch and then the TARDIS slipped into E-space.
I don’t know if they’re connected.
A- “Whined a bunch”
What else is new *Eye roll*
J- Hee hee
And Adric’s brother is a bigger tool than he is.
A- Adric has a brother???
J- Apparently. We just met them both.
One minute in and he bragged about his mathematics award badge already.
A- Oooh
J- Adric accidentally knocked his leader out, and the bubbling bog ate him.
A- Accidentally? *suspicious side eye*
J- Adric tried to run around the leader and the guy tripped over him.
Adric has a rapid healing factor…which they never mention again. 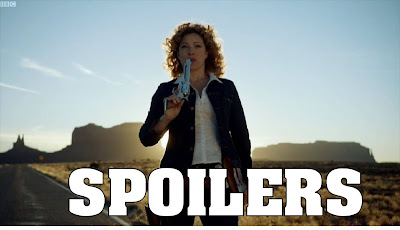 A- He What?Maybe he didn’t die?
(Editor’s note- in “Earthshock” next season when the ship he was on crashes into earth and kills the dinosaurs.)
A- What if all humans are descended from Adric 😀
J- Couuuuuuld be
Adric accidentally flew the TARDIS away, leaving Romana alone (with a beheaded K-9) to get bit on the face by a giant wind up spider that hatched out of a watermelon.
A- 😀
Again
“Accidentally”
Also, BEHEADED?
J- The marsh men attacked. Adric was trying to open the door
A- Suuuuuuure
Or he's evil
J- No his idiot brother locked her out.
Romana lost her memory and is in a coma.
And they didn’t find K-9’s head.
A- What the actual heck were the writers smoking
J- Maybe those space watermelons?
Romana has glowing color shifting green and blue face veins and a psychic link to the young marsh creature the scientist was about to brain dissect while conscious.
*pause*
The young marsh creature died and the Doctor is PISSED.
And now trance Romana just let all the marsh men into the ship.
A- 😃
J- A marsh man had K-9’s head on a stick. The Doctor got it back.
He’s carrying it around petting it.
A- 😀😀
J- Romana is cured
A marsh man killed Adric’s brother.
Because Adric was too slow bringing the oxygen that chases them away.
We will also never speak of this ever again.
A-Tea.
J- The “humans “ on the planet aren’t from another planet like they believed.
They’re evolved from the marsh men.  And the spiders I think.

A- I literally just don’t believe you.
Did you go on a drug trip?
J- Also we won’t learn Adric stowed away until next episode.
But K-9 has his head back.
Mami is so excited to see them discover Adric she told me to put in the next disc.
Click to Continue
Posted by Jeff McGinley at 11:00 AM

Email ThisBlogThis!Share to TwitterShare to FacebookShare to Pinterest
Labels: Doctor Who, Kids Eyes

Thank you for including the soulless emojis instead of describing them I think it adds to my review.
I am hilarious. And still think you hallucinated the whole thing.
I also have not gone to bed at a normal time all week so maybe I'm the one hallucinating.
*insert soulless smiley face that I cannot figure out how to insert on my laptop*

Whether the emojis came through was hit or miss.

I may have hallucinated it, but if you never watch them how will you know?

Yes you are hilarious, and it was a lot of fun sharing these with you, even when you weren't here.