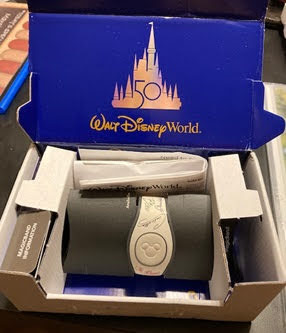 February 18, 2022
P Minus 165- continued
Jeff’s Disney World Philosophy:Not to be outdone- my Pay Per Ride reportHere's everything I know about Pay Per Ride. With our size group we should avoid doing it if possible, and I think we can for the most part.We don't have a choice for Rise of the Resistance, but given information below and the fact that it's a full 15 minute ride with walk through and dark ride parts, the lines will never go down, probably extending to whenever our next trip is, and it would be worth it.  Looking a couple places, I got the rides, the price per ride for most (Price varies by time of year. if there's a question mark I only saw the low end listed and am assuming it can go up)...and this may be the key, the average stand by wait time the last week or so.(Things have been much more crowded than they're supposed to be this time of year, so I think it’s a good guide.)Seven Dwarfs Mine Train – Magic Kingdom  ($10-$12) 93 minutes  (we did get this at extra hours rope drop in under 20min)Space Mountain – Magic Kingdom  ($7-$9?) 66 minutes (same as above)With the night fireworks and the day parade returning soon, there may be line times lowering.Remy’s Ratatouille Adventure – EPCOT  ($11-$13)  69 minutesFrozen Ever After – EPCOT  ($9-$11) 65 min(Note, with the extra capacity, Soarin’ only averaged at 30 minutes)Avatar Flight of Passage – Animal Kingdom ($11-$13?) 96 MinutesExpedition Everest – Animal Kingdom  ($7) Closed for refurbishment last week (I've seen it all over the place between early, late and single rider we did it without passes)
Star Wars: Rise of the Resistance – Hollywood Studios ($15) 146 minutes
Mickey & Minnie’s Runaway Railway – Hollywood Studios  ($8-$10?) 63 minutesBummer news- Tower of terror isn't pay per ride, it had an average of 119 minutes, 2nd in the park. However, I think I read it's been running at only half capacity while they work on stuff.Most of the wait times are pretty manageable. We'll have more time on lines, but less time running across lands trying to make FastPass schedules.Plus most of the lines now have fun stuff to see and do on them.[Later Edit- With the exception of paying for Rise of the Resistance, at least some of us hit everything on this list without insane waits, because we timed it right. We are awesome.]February 19, 2022P Minus 164
Grandma and I have been talking “behind the scenes” about Pay Per Ride. Rise of the Resistance is a must. I have to talk to everyone else about minimizing other ones because nine of us could explode into a lot of money.
February 20, 2022
P minus 164
A momentous occasion, the first MagicBand of the trip has arrived. Anabelle was too excited when she saw Clarabelle’s name to wait.
February 24, 2022
P minus 160
A smidge of gridding is possible. They’ve announced the Magic Kingdom parade times. (Which would make more sense if I listed when they announced things are coming back, rather than pre-dating the actual arrivals.) They are odd for two reasons. The first is there are two a day, which they hadn’t done, even before the shutdown, for a long time. In addition, they are very early in the day, Noon and 3pm. I applaud the double run because we could get more times with shorter lines. Between two parades, the Castle show AND the Cavalcades, the Circle in front of the castle is going to be solid people all day. Then again, if they are there, they won’t be on rides.
[Later edit- Or maybe we will be in that mass of solid people to see the parades many times.] 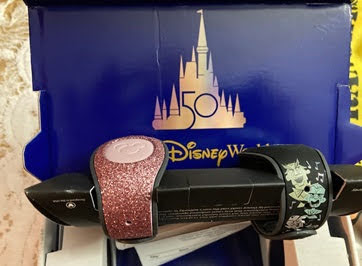 Feb 25. 2022
P minus 159
Mickey’s Friendship Faire (with a 50th anniversary twist) returns to the castle stage.
How much of normality will be there once we show up? No one knows.
Rosa and my MagicBands arrived. As a nice surprise, they look better in person. Rosa’s is even more sparkly and shiny than it looked in the picture. In addition, my Haunted Mansion one looked purple on the order page, but is, in fact, black! I’ve been trying to get a black MagicBand since they were first released!
This announcement led to an extended Magic Band texting conversation with Uncle Dave. I think we’re finally converting him.
February 26, 2022
P minus 158
Big Planning Day.
Grandma booked the Mears shuttle to replace Magic Express, ALL BY HERSELF! YAY!
Rosa, Anabelle and I filled out the wait time preference grid (which has no real bearing on planning but I like people to have fun with it.) Then Anabelle went to Grandma’s and shared it with her cousins. Rosa and I came later for an "everyone goes through it and makes silly comments" time.
The last room of MagicBands were ordered. (I think, a little vague on details there.)
Anabelle planned her Droid Nail Polish patterns for the trip, and Morgan and Grandma’s matching Magic Bands showed up. 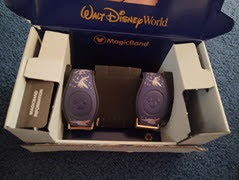 Click to Continue
Posted by Jeff McGinley at 11:00 AM

Email ThisBlogThis!Share to TwitterShare to FacebookShare to Pinterest
Labels: Disney